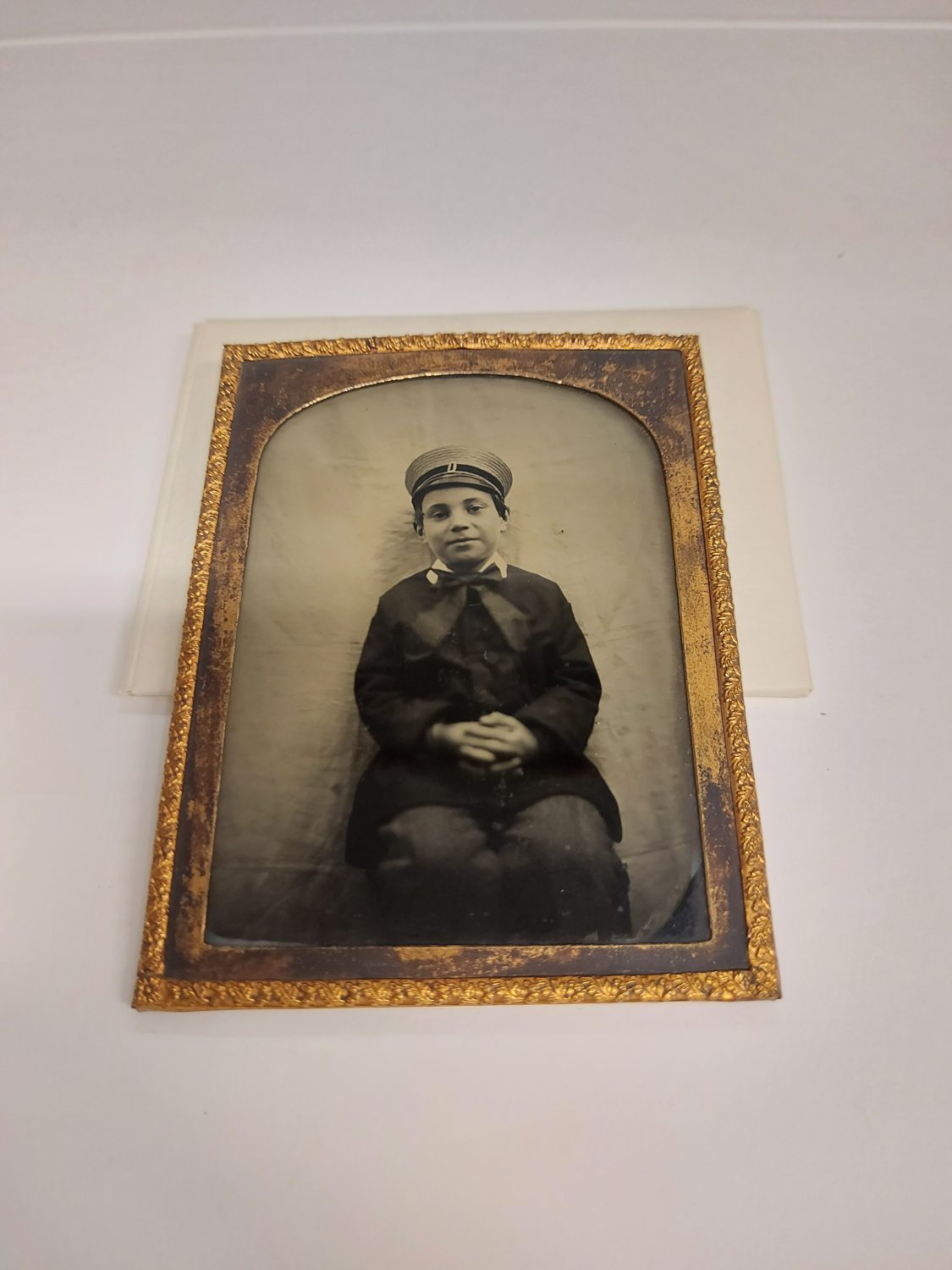 Ambrotype photograph showing a young boy. He is sittting looking at the camera with his hands crossed over his lap. A sailor style hat sits on his head, and he has a cheeky smile. Image courtesy of Preston Park Museum and Grounds.

Ambrotype is a type of early photography. It was popular in the 1850s and 60s but didn’t last too long as it was succeeded in a new style of photograph called the Tintype. Some lovely examples of Ambrotype photographs can be found in the collection at Preston Park Museum and Grounds.

The Ambrotype was first patented in 1854 by American photographer James Ambrose Cutting, but in the UK, it was known as a collodion positive. It was created by placing a glass plate negative in front of a dark background. This brings the details of the picture to life. They would then be framed in special cases to protect it as they are fragile.

In this video Rob Gibson from Gettysburg, PA produces an ambrotype.

This process is not as good as the most popular type of photograph of the time, the daguerreotype which was better quality. The ambrotype was cheaper and quicker to produce making it an ideal process. 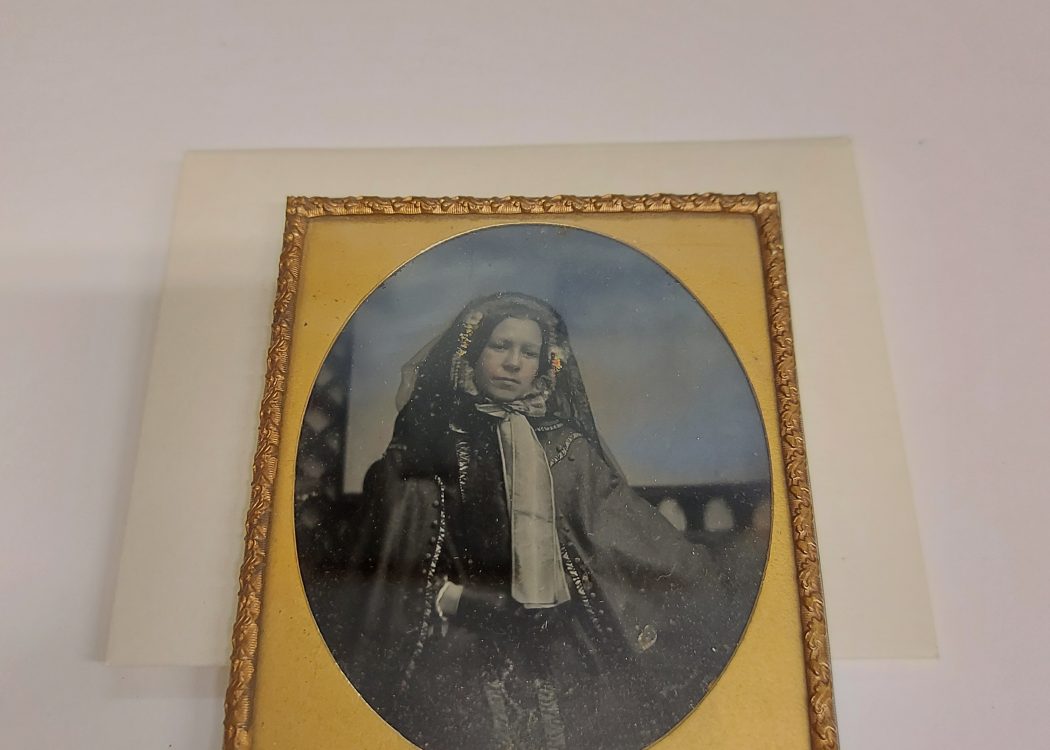 Ambrotype showing a woman sat down with layers of shawls, skirts and a bonnet. The woman looks dead into the camera, she is middle aged and wealthy. Image courtesy of Preston Park Museum and Grounds. 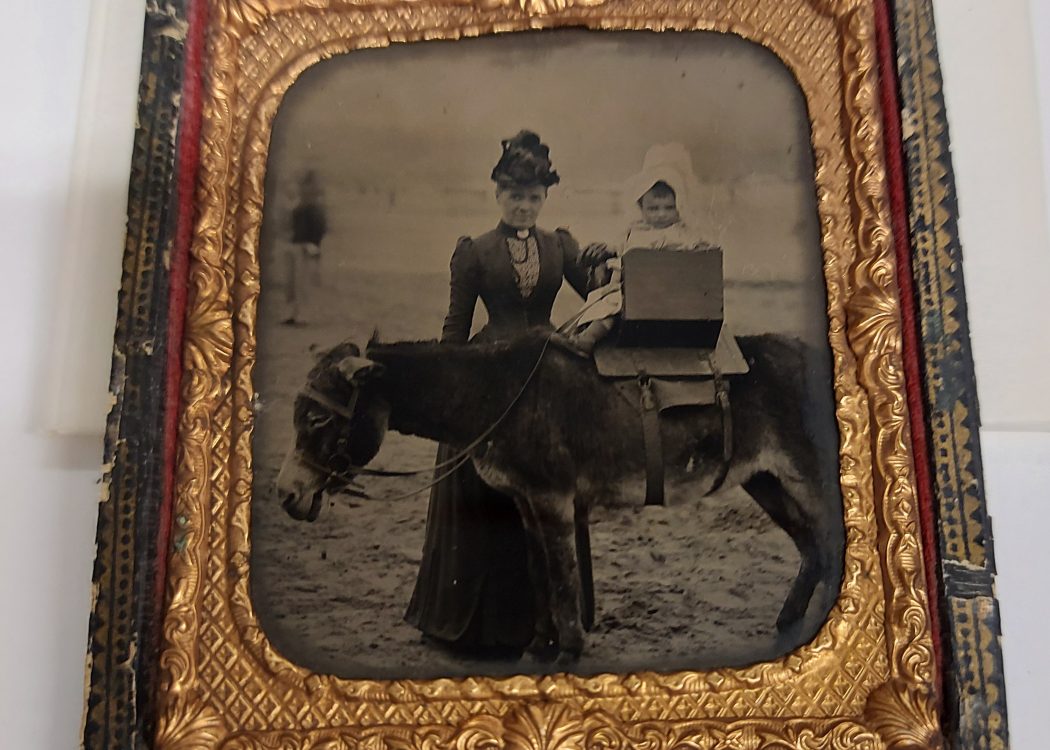 Ambrotype photograph on a glass plate showing a woman in a long dark dress holding a baby on a donkey ride at the seaside. Its presented in a gold frame sat inside a leather cases. Image courtesy of Preston Park Museum and Grounds. 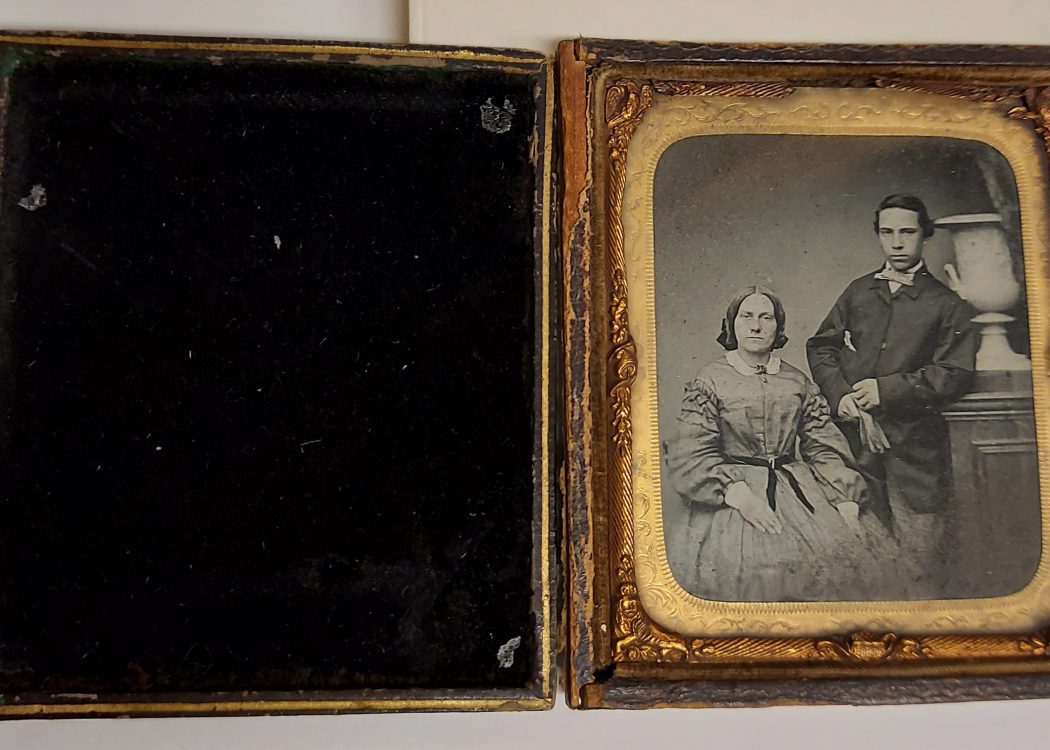 This Ambrotype shows a young couple with the woman sat down and the man stands next to her. The glass plate is in a gold frame and is encased in a leather bound safety case. Inside the case is finished in velvet. Image courtesy of Preston Park Museum and Grounds. 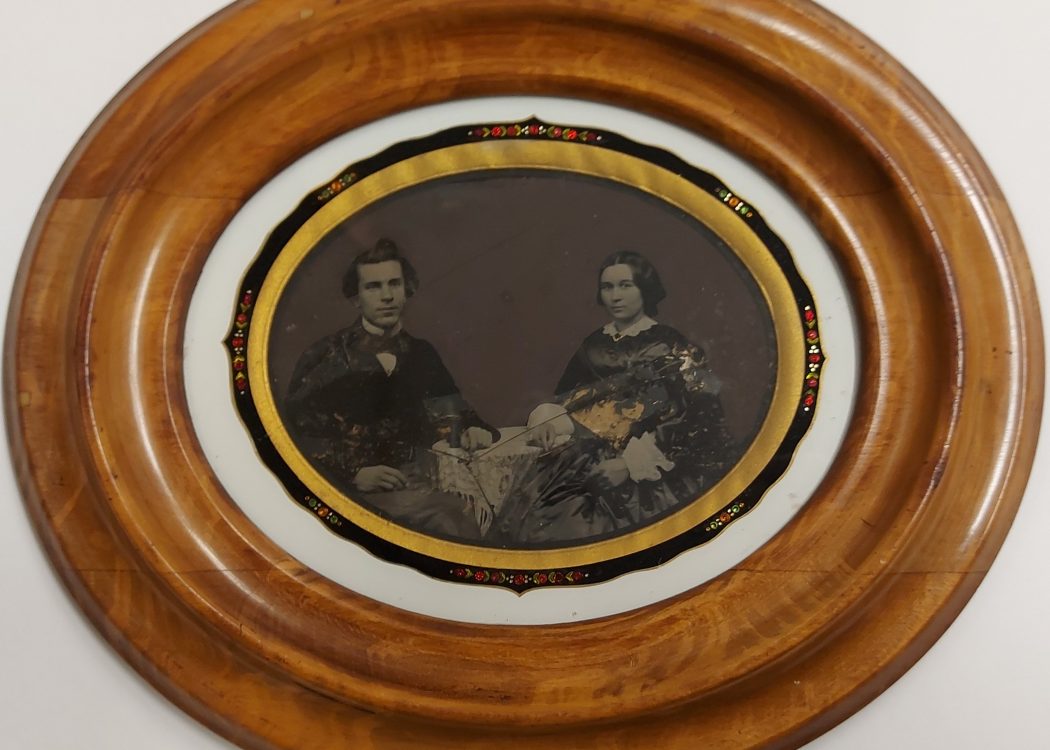 This oval shaped Ambrotype is quite large in comparison to the others and shows a young couple sitting side by side. Its framed in a deep wooden frame and looks as though it has been hung up on a wall. Image courtesy of Preston Park Museum and Grounds. 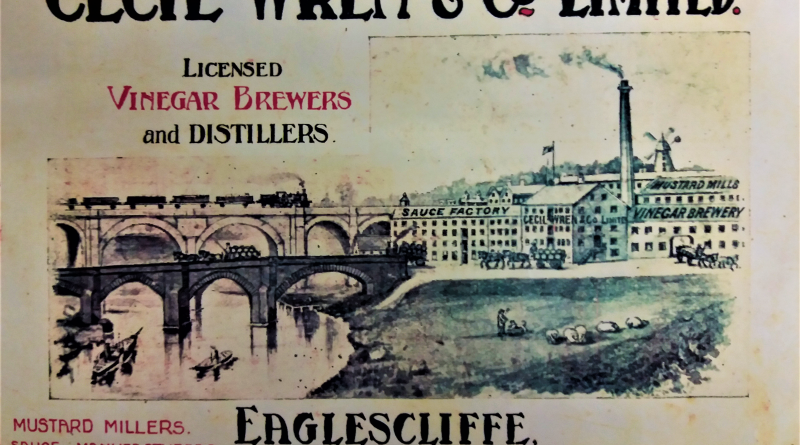 In 1871 three brothers, Harry Horace Wren, Edmund Cecil Wren and Charles Herbert Wren, founded Wren Brothers, a manufacturing company which specialised in corn flour milling and brewing drinks and condiments. The company remained successful until its closure in the 1970s. 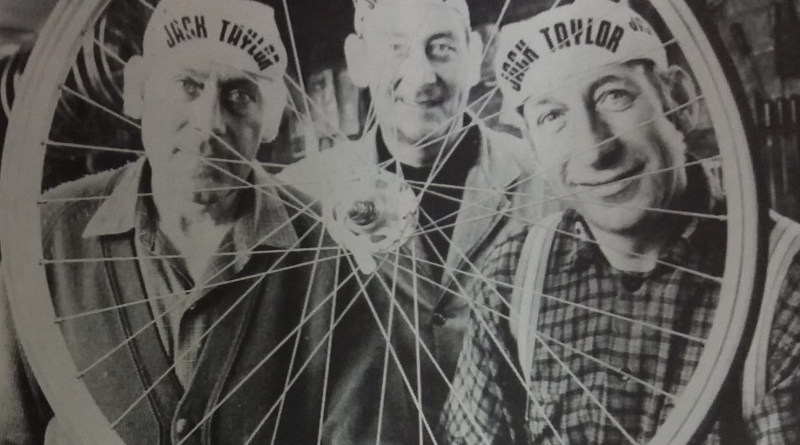 Jack Taylor and his brothers, Ken and Norman, were cycling enthusiasts who took their passion for cycling to a new level, becoming makers of bicycles which were not only popular in Stockton but also around the world. 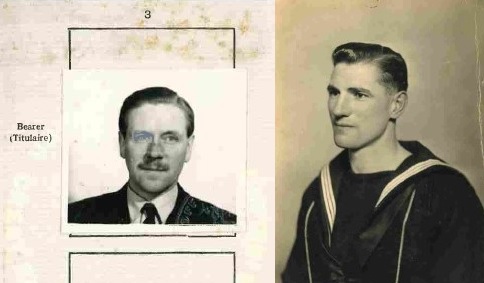 The Mellanby Collection tells the stories of two brothers, Robert William Mellanby and Fredrick Henry Mellanby, who both served during the Second World War.