Celebrating the Coronation in the Tees Valley

On Tuesday 2nd June 1953 the Coronation of Queen Elizabeth II took place at Westminster Abbey, and across the country towns and cities celebrated the occasion. 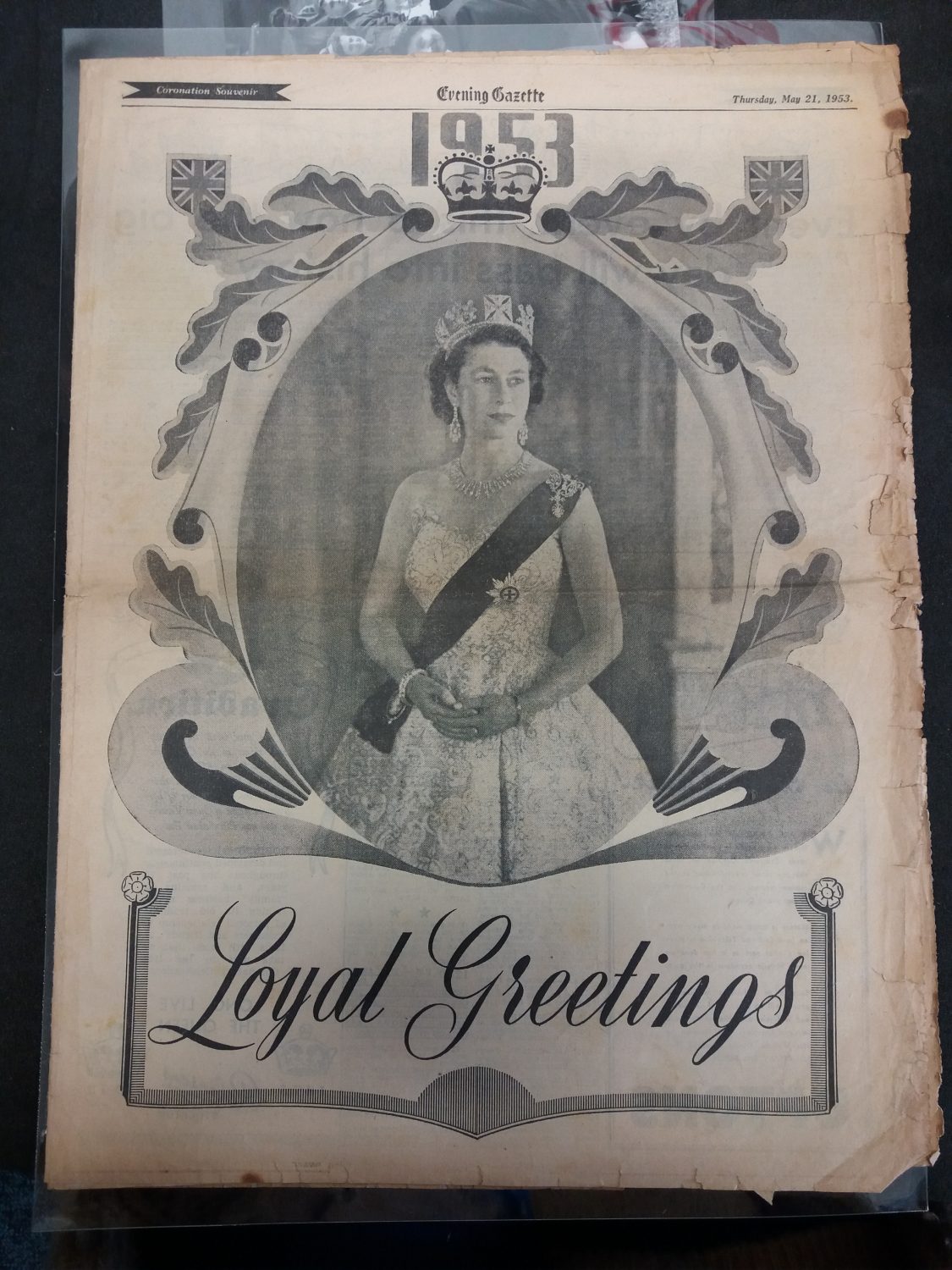 A souvenir edition of the Evening Gazette for the Coronation of Queen Elizabeth II in 1953. Image courtesy of Preston Park Museum.

In the early hours of 6th February 1952, King George VI died. He had suffered ill health for some time and his oldest daughter, then Princess Elizabeth, began to undertake more of his royal duties. Princess Elizabeth and her husband, Prince Philip, were away in Kenya on their way to a Royal Tour of Australia and New Zealand, at the time of the King’s death. The Royal Tour was cancelled, and Princess Elizabeth flew back home, arriving as Queen Elizabeth II of England.

After an appropriate amount of time was allowed to pass, the Coronation of the new Queen was arranged for June 1953. For the Coronation, Stockton Council arranged a celebration in the High Street and across Stockton which would last over a week, from 29th May to 7th June. There were open air concert parties, gymkhana and cricket matches, judging the best decorated shop and many more. On Coronation Day, Tuesday 2nd June, people in fancy dress paraded down the High Street and prizes were won for the best costume. 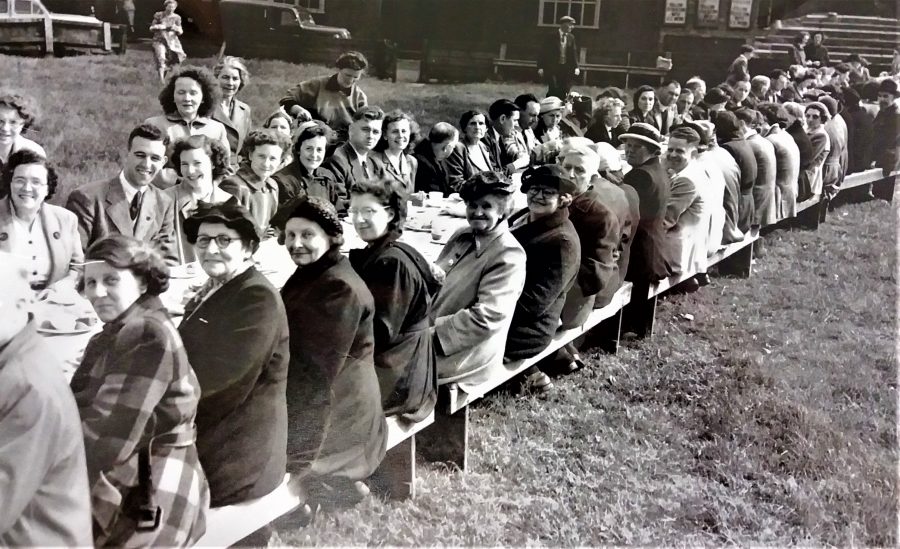 And there were also street parties, organised by people of the town and spread out on long lines of tables. Many people who were children at the time remembered the day as a happy one, eating sandwiches, cakes and ice cream, and being allowed to stay up late.

Some remembered getting to watch the Coronation from a neighbour’s television set if their family did not own one. They were a part of the millions of people across the country who watched the ceremony broadcast by the BBC. This was also the first Royal Coronation to be televised fully as the cameras were allowed inside Westminster Abbey.

One family in Redcar took the celebrations a step further and staged their own re-enactment of the Coronation. Frank Coombes, a supply department worker for ICI Wilton, arranged the re-enactment with his neighbours playing the parts of the Queen and her entourage, and his family making the costumes. The ceremony took place as a parade down Canterbury Road and ended at John Batty School. The then Mayoress of Redcar, Mrs W. Atkinson, crowned the ‘Queen’ at 3pm.

All in all, the Coronation was a happy time for many families in the Tees Valley, and was a time for celebration and fun.