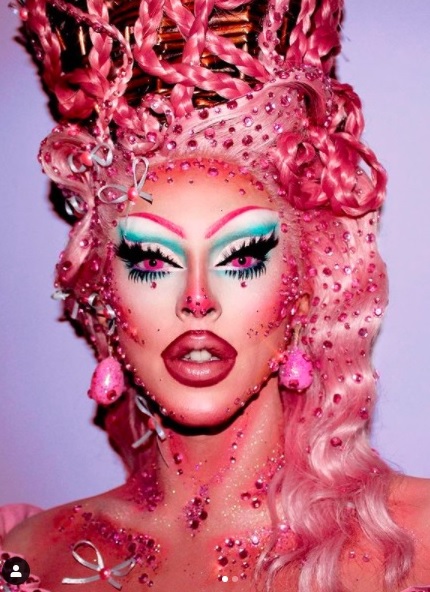 RuPaul’s Drag Race has launched the world of Drag onto the main stage and given the LGBTQ+ community an international platform. This year sees the launch of RuPaul’s Drag Race UK series two, where in December it was announced we have a Darlington Drag Queen on the show! Cherry Valentine kindly chatted with us for LGBTQ+ History Month, and we got to ask her some of our burning questions! 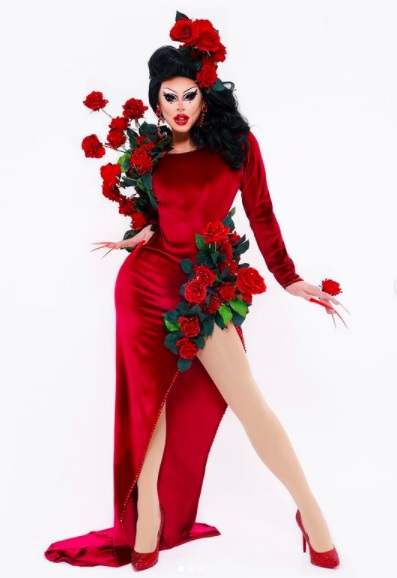 What was it like to grow up in Darlington?

It was a completely different life to what I know now. It was very old fashioned, and I think a lot of people in Darlington and around the North East, especially the older generation have quite old-fashioned views on things. Not to say that’s wrong or right but it’s just about being that traditional, isn’t it?

But I grew up, like I said in my ‘Meet the Queens’ video, on a gypsy camp around Darlington. We travelled around a bit, but Darlington was always the main hub and when my brother was born, and we couldn’t stay in a trailer anymore, so we had to get into a house. We settled in Darlington and that’s where we lived since I was about six.

But a lot of people are accepting. A lot of people have reached out to me since, from Darlington, and are really supportive, but you always get the minority, but I think that’s everywhere. Otherwise, Darlington was quite a nice place to grow up, I love the town (centre), used to go there every weekend. There’s a couple of good bars, haha! But yeah, it was just my hometown, the place I grew up. I wouldn’t change it if I could.

How did you discover drag?

‘Well I actually discovered drag – well my drag is mainly focused on the glamour; I just love glamour. The women in my family are always super glamorous. So, they always, like, wear high heels all the time, they always love their make-up, the shoes and their furs at winter and I just loved it. I grew up being around that. But as growing up not one of the women, I could never really get into it fully. So it was a case of as soon as the parents go out the house then I would get dressed up and raid a wardrobe and see what my sister just bought new and just trot around the house and stuff and I suppose that in a sense – that is drag.

Then when I grew up and moved away, I discovered that you can basically wear what you want. To me, in my mind now, fashion and clothing is genderless. I think its society that has put the gender stereotypes and clothing together, you know what I mean, when we go into a shop we see men and women’s clothing when actually its just clothing. Its just wear what you want, wear what you like.

I didn’t do it (drag) professionally until just over a year ago. I used to just do it behind the scenes in my house all the time. When I was at uni I used to order things off amazon really cheap, like a £5 dress and see what it felt like and take photos feeling fabulous but then I realized this could be a job and I can make people laugh and could be on stage entertaining. It just took on its own persona and that’s where it grew from really.’ 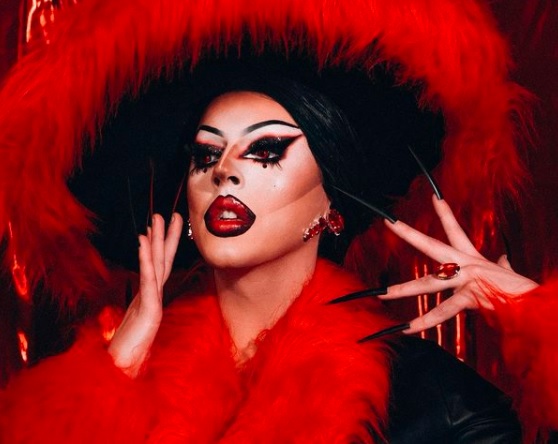 ‘Well how long have you got!? Honestly, its one of those things its just – you can’t really explain it, how it feels until you do it, you know what I mean? People say stuff like that all the time and I never believe it but its honestly changed my life. Not just because of what you get from it and the opportunities and stuff, cause they’re all incredible but its just made me into a completely different person, like I just see things all differently now and I see myself a lot differently. I discovered so much about myself doing the show.

I would recommend it to anyone, I know its reality TV and we all have this misconception sometimes about how reality TV can be but its actually the whole team who are there and the whole show around it and the whole empire that RuPaul built has really changed my view on a lot of things, in a good way.
I appreciate RuPaul so much and what they have done for the whole community, to be able to stand in front of them its like thank you for everything, its incredible.’

Is there a large LGBTQ+ community in the Tees Valley?

But I didn’t really know the landscape of the support you could get in the Tees Valley area because it was never really shown to me and I didn’t see it advertised that much. So if I could say anything it would be to just really push everything because if I had something when I was younger, like even a charity, or – I mean their probably was counselling – but it was always one of those things where I didn’t want to ask anyone for it because I don’t know how they are going to react.

So you always go online and see what you can find online but then its like, oh god I have to ring someone now. But I know there’s a lot of new services that have started, like you can even text people now and stuff. There a lot of apps where you can meet people, not just dating apps, but you can make friends and things. But we never had that when I was younger, I sound like I’m 50-year-old, ha! But we didn’t and asking for stuff wasn’t a thing.

Its just about visibility really, and letting people know there are people there that do care.’

What advice would you give to someone starting out in the world of Drag?

‘Honestly, I would say take everything with a pinch of salt. Do you. Don’t focus to much on what other people think about you and if it makes you happy, and isn’t harming anyone, then do it. Give it your all because if you’re just starting out in the world of anything, its not just drag, you really need to give it your all to see some sort of pay off. It is hard work, drag is hard.

Some people see it just like its this whole fabulous thing, we get dressed up and dance around, make jokes and we do do that but there is a lot of work behind it. Its really hard work. We’re always in pain, we spend a fortune on things every day, there’s so much pressure on us to look however we want to look. I think the ideas behind that are changing a lot more now, drag is a lot different now than what people think it is.

When I was growing up the majority of people would see drag queens and when I first started getting introduced to drag it was more of a man in a wig, it was just somebody putting make-up on and they were just a bit feminine, camp but its not that. Its drag in anything – anyone can do drag. You can do it however which way around the corner you want to. Its just about being you whole heartedly, and not taking the piss but having fun with the idea of gender.

To me gender doesn’t exist. When you really think about it gender is just how we feel and no one can tell us how we feel. So just have fun with it and be you.

I know plenty of Queens who don’t like wearing nails or eyelashes because it hurts their eyes, you don’t have to do that you can still preform and entertain the crowd. But if you want to do that – like I like looking completely nailed, make-up, lashes, jewellery, everything I love it. But not everyone does love that and that’s fine!’ 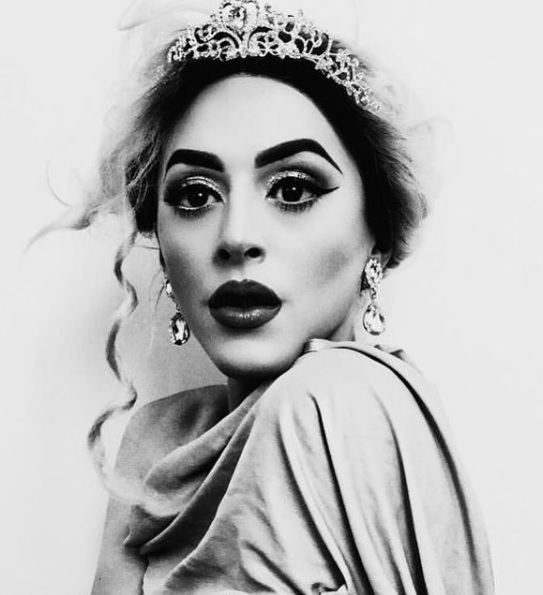 Here at Tees Valley Museums we are always interested in hearing from our local communities! If you have a story like Cherry’s please feel free to share it with us. Email us at teesvalleymuseums@stockton.gov.uk and let us know of your experiences growing up LGBTQ+ in the Tees Valley. Include where you are from/grew up and whether or not you are happy for us to use your story in the future!