After finding a Joe Loss and his Band record we were inspired to learn more about Hartlepool’s Chick Henderson. Although not a well known name today, that wasn’t the case in the 1930s. 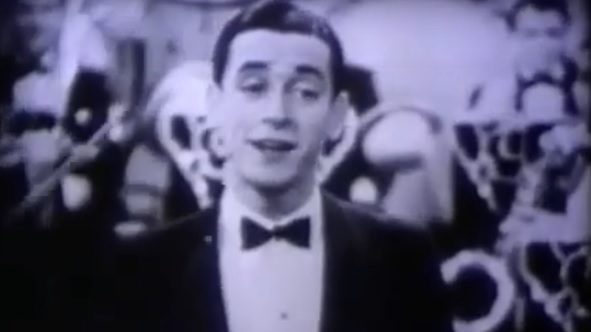 Henderson Rowndtree was born in West Hartlepool in December 1912. He was better known as Chick, a nickname given to him by his mother. In his youth he joined the choir at Abbey Church of St. Hilda which had a good reputation for singing. It was here that Chick honed his love for performing, learnt vocal control and the necessary breathing techniques.

As a teenager he became an apprentice in marine engineering which he completed in 1934. Unfortunately for Chick, this coincided with the 1930’s depression. He found it hard to gain employment and so spent his time signing at the Rink Ballroom (a place where local kids hung out in Hartlepool). Chick became a local star, his crooning winning him many admirers.

Chick won a competition at the Hartlepool Hippodrome, as a result he got to tour with Jan Ralfini and his band who had a string of hit records. Chick relocated to London to pursue his career as a crooner but things with Ralfini came to an abrupt end when he and other members of the band walked out claiming they hadn’t been payed for their work.

This left Chick with no job or accommodation – the prospect of work looked dim at a time when vocalists were common in London.

“It was a tough job, being out of work in London, but I reckoned that ‘he travelled fastest who travelled alone’ and when I got ashamed of not being able to pay my rent – well, I could always go and sleep a couple of nights in Trafalgar Square.” – Radio Pictorial journal, April 1937

One day Joe Loss, who had his own dance band, was listening to the radio when he heard Chick Henderson broadcast. Loss was so intrigued with Chick’s voice that he asked to meet him. When the meeting took place Loss was also impressed with Chick’s performance, good looks and charismatic personality.

Joe Loss wanted Chick Henderson to add that special something and get his band a contract with the biggest recording company of the time, EMI. After a recording session in 1935 (which featured a young Vera Lynn) Joe Loss signed the contract, taking himself and Chick to the big time. The band began playing popular venues including the Astoria Dance Salon. With Chick as the handsome crooner, the band began pulling in crowds and sales shot through the roof.

In the summer of 1939 Chick recorded ‘Begin the Beguine’. It was credited to ‘Joe Loss and Band’ and was an instant hit. It became the only record by a British crooner to sell more than one million copies in the 1930s.

Chick met 19-year-old cabaret dancer Pamela Helen Stevenson and fell in love. In 1940 the were married. Although his army of female fans were initially upset they agreed his new bride was incredibly lovely.

During World War II, Chick’s previous work in marine engineering made him valuable to the Royal Navy. He served as an Engine Room Artificer and was remembered fondly by his service colleagues, who loved his sense of humour and how he would always sing for them. Whilst stationed in Canada in 1943 Chick managed to perform on two well-known radio stations and was known as the ‘singing sailor.’

In June 1944, not long after his promotion to sub-lieutenant, Chick was stationed at Southsea. When an air raid warning sounded Chick and his companions made their way to the nearest shelter. There, whilst beginning his descent down the stairs he fell unconscious. He was carried to a hotel but pronounced dead at the scene.

Chick had been hit in the side by a flying piece of shrapnel from British guns stationed close by. He was only 31-years old.

His only daughter Lynda Ann was 2 years old at the time. She has since dedicated her life to collecting her father’s records. She said in an interview that hearing his voice was a way of feeling closer to him.