Christmas Gifts in World War One

Over one hundred years ago, small acts of goodwill were made by children to soldiers serving in the First World War and were recognised by a charity called the Overseas Club. 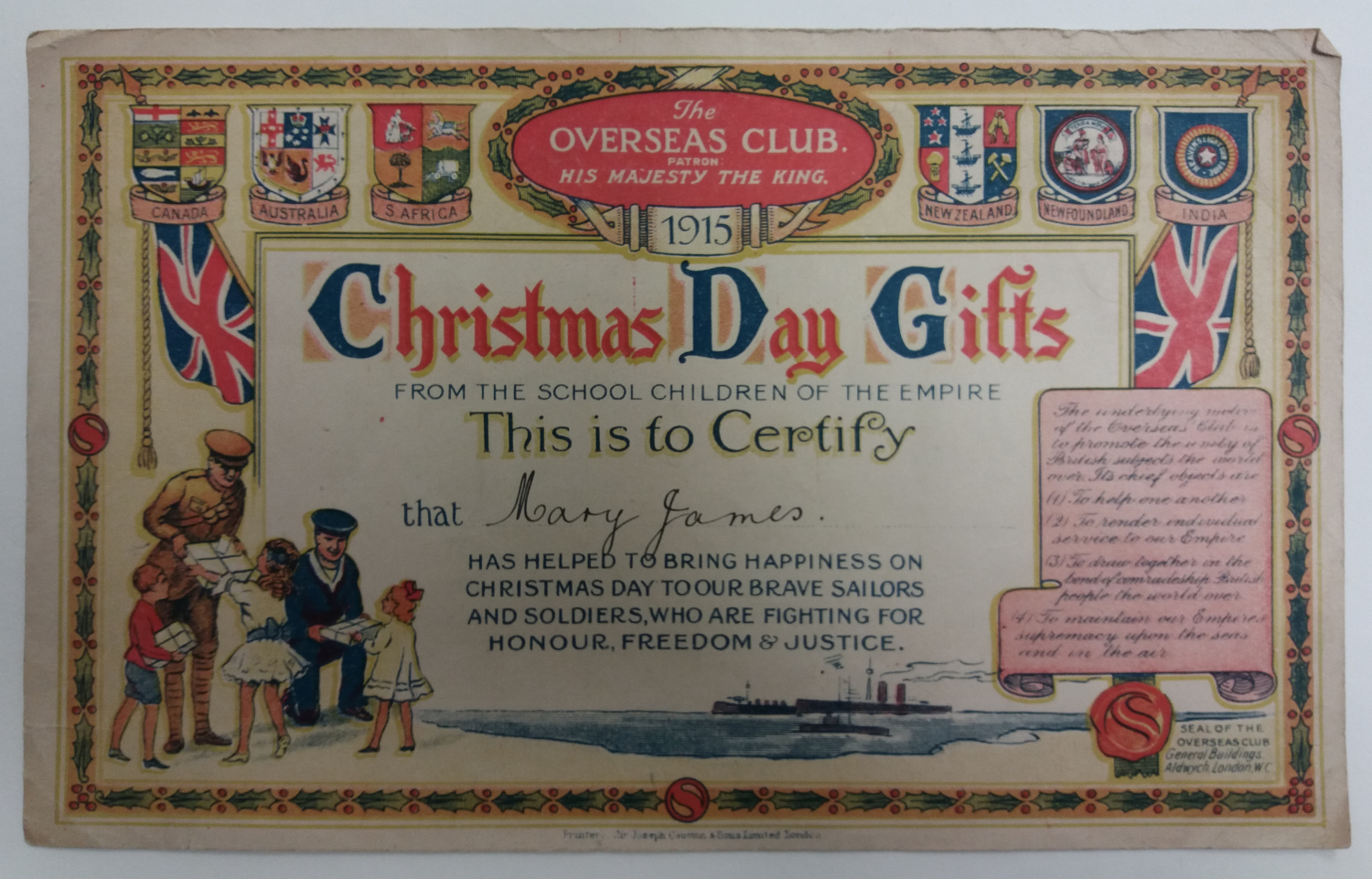 During the First World War around 6 million British men were sent to fight on the Western Front. It was made clear to the British public the sacrifices their men had made and the terrible conditions in which they were living and fighting. To help, the public and charities began raising money and sending home comforts to their servicemen.

Around 18,000 new charities were founded during the War, and one of them was called the Overseas Club. They appealed to children in Britain to raise money for British troops who were fighting in the trenches. They did this before Christmas, and the money raised was used to put together parcels of small presents which included socks, chocolate and cigarettes.

In response the Overseas Club would send certificates to the children who had contributed, thanking them for their generosity.

The above certificate, and another dated for 1916, are just a couple of these and were sent to a Mary James. It states that she “has helped to bring happiness on Christmas Day to our brave sailors and soldiers, who are fighting for honour, freedom and justice”. 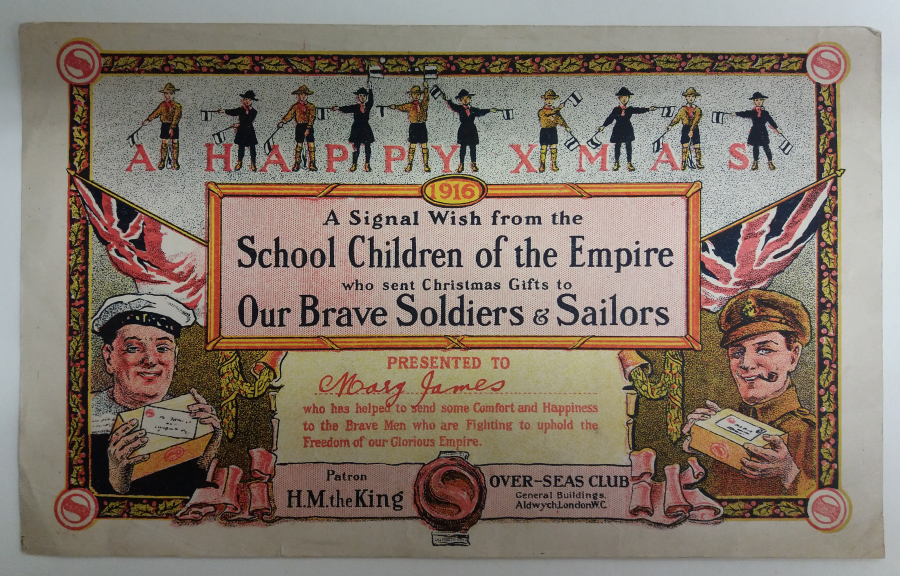 Other schoolchildren in the area also raised money for the cause. In December 1915, the students of Oxbridge-Lane School in Stockton held a small event on a Saturday afternoon which raised £3 7s 6d, which in today’s money would be £199.10. Money was also raised by children for an Overseas Club Red Cross Hospital set up in Dinsdale in the same month, totalling £5 5s (£309.71).