ICI was one of the most well-known businesses in the Tees Valley, being a large producer of chemicals, and the Billingham site also had a part to play in the Second World War. 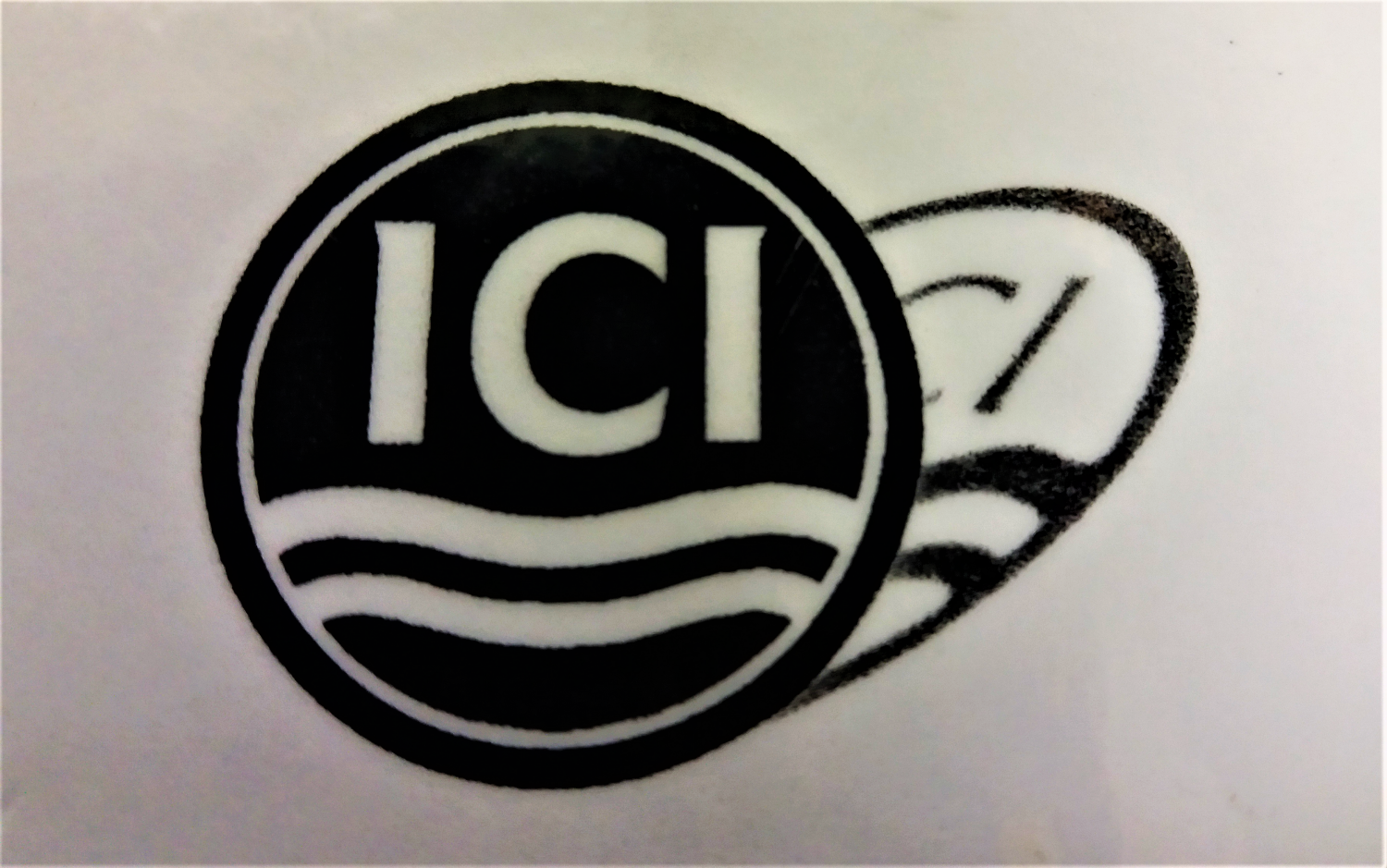 From its founding, ICI made a wide range of products, including dyes, metals like aluminium and zinc, fertilisers, paints, and even explosives. The company were successful from the beginning and in the first year of business alone they had sold £27million worth of products.

In the 1930s ICI began to expand into making plastics, and they were also instrumental in creating the foundations of the plastics industry. Among the products they created was Perspex acrylic sheeting, first used as windscreens for cars and vehicles. 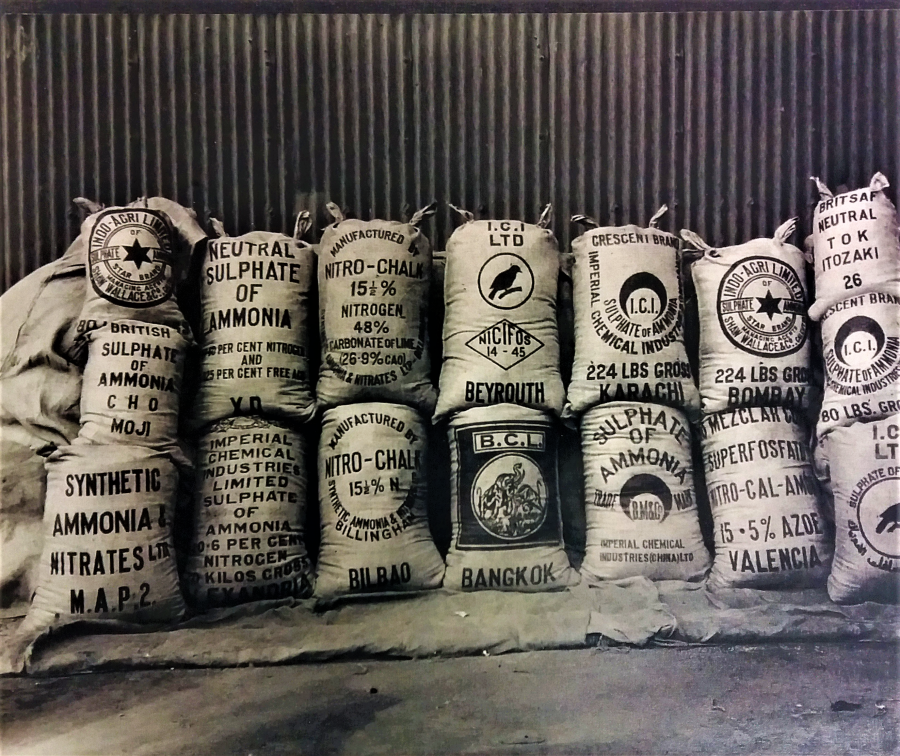 ICI expanded into other products and materials from the 1940s, including –

It was in the 1950s that the company began to develop Crimplene, a type of thick polyester fabric. It proved to be popular with both clothing manufacturers and their customers for being easy to sew, quick-drying and wrinkle resistant. Many women’s dresses from the 1960s were made from Crimplene. 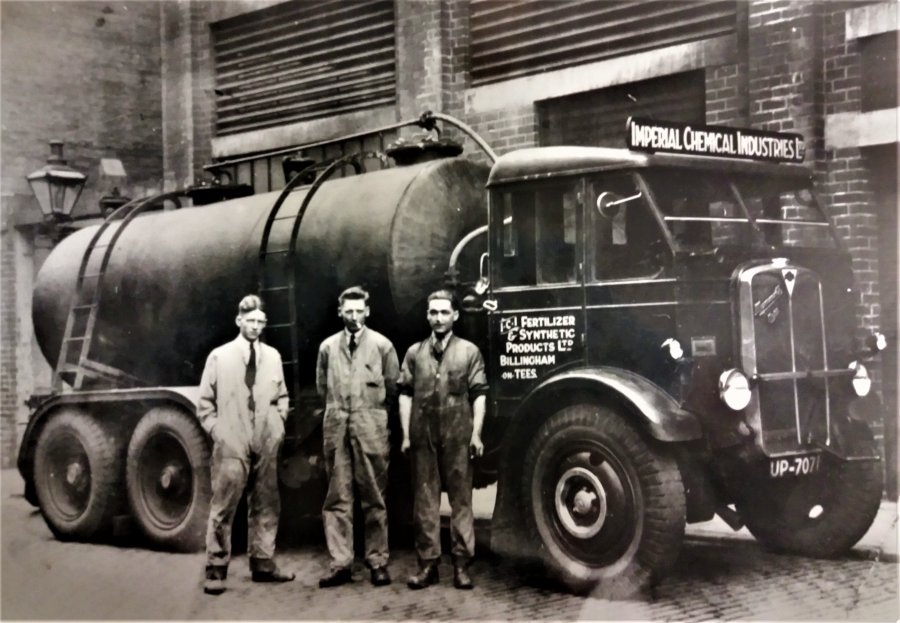 ICI reached its peak in the 1980s, reaching profits of £1 billion for most years during that decade. But they also amounted billions of pounds of debts and the company’s fortunes slipped in the 1990s. After avoiding a hostile takeover in 1991, the company began to sell off and divert its businesses. It was acquired and separated further by AkzoNobel in 2008.

The Billingham and Wilton Sites

The ICI site in Billingham started off in the manufacture of fertilisers in the 1920s, and the Wilton site was opened in 1949. Both sites played their part during the Second World War by developing synthetic ammonia, or Synthonia as it was also known, for explosives, and aviation fuel for RAF aircrafts. From 1934, when the sites had developed into plastics production, many of these plastics were used in the construction of aircraft cockpits. From 1971 to 1988 a small General Atomics TRIGA mark 1 nuclear reactor was installed and used for the production of radioisotopes. 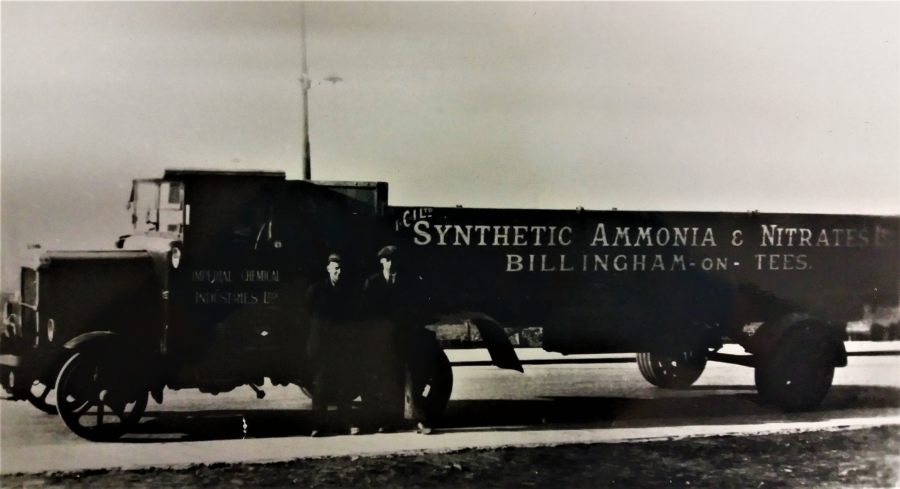 A lorry from the Synthetic Ammonia and Nitrates Division. Image courtesy of Preston Park Museum.

While no longer owned by ICI today, the Billingham site remains one of the biggest producers of ammonium nitrate fertiliser and is an important part of the UK’s manufacturing industry. The Wilton site also remains as an industrial site with facilities including plastics recycling and the UK’s first wood-fired power station.