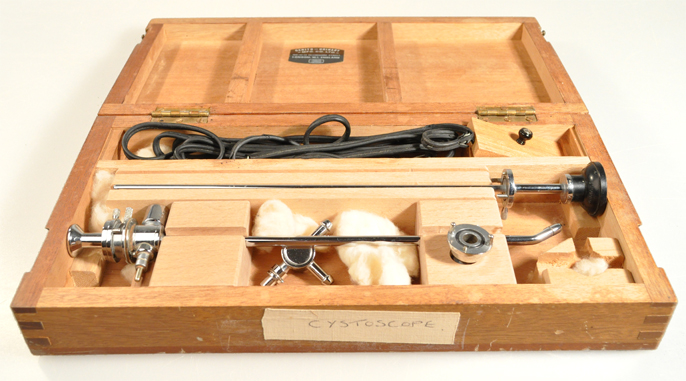 The equipment was donated by Dr Robertson who was an Obstetrician from University Hospital in Hartlepool during the 1950/60’s. The donation consisted of 32 medical objects including various syringes, surgical knives and foetal abortion equipment.

These cystoscopes where at the cutting edge of technology when they were used in the 1950s/60. A cystoscope is an important medical tool used to look inside the bladder by entering the Urethra.

The cystoscope was first developed in 1805 when German surgeon Phillip Bozinni needed a way to find bullets inside his patients whilst serving with the German army. His prototype was revolutionary and involved using a viewing funnel attached to a candle and a light conductor to see inside the human body for the first time. 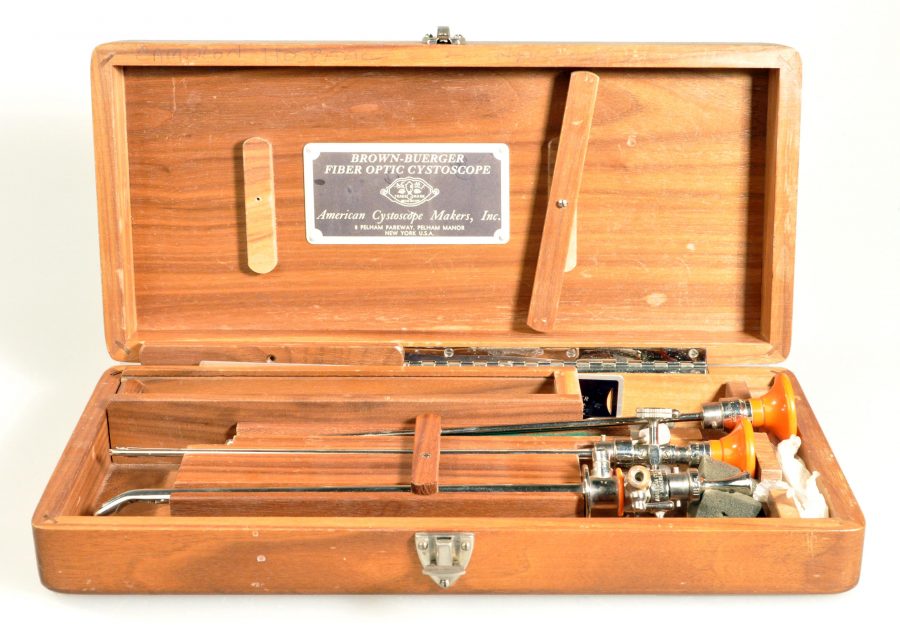 However, this was very painful for his patients as without local anaesthetic it was difficult to insert into the Urethra properly and the candle would often burn people. It was also condemned by the Facility of Medicine in Vienna because of its ‘perverted curiosity into the private regions of the human body.’

Throughout the next fifty years many minds worked on developing a new way to shine a light deep into the human body. But without the discovery of electricity this was hard and dangerous. Some used petroleum, kerosene and turpentine lamps with mirrors to get the right light needed, but again this led to many serious burns on patients. 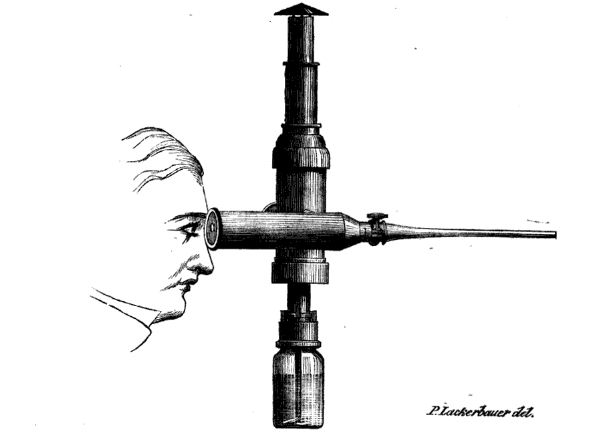 In 1878 Joseph Swan of Newcastle developed the first incandescent light bulb. That same year Thomas Edison took that concept and created a bulb small enough to fit on the end of a Cystoscope. This new generation of Cystoscopes became lighter, easier to handle and much more affordable.

By 1906, the Bradford-Lewis Universal Cystoscope was created and consisted of a light-bulb tip that could be angled, operating a telescope wide-angle lens and a water irrigation system to prevent burns. By this point a cocaine anaesthetic could be given to numb the pain of the procedure.

Harold Hopkins applied fibre optics to the Cystoscope and patterned the Hopkins lens system in 1959. This Cystoscope was far superior to all that came before it and has dominated the profession ever since.