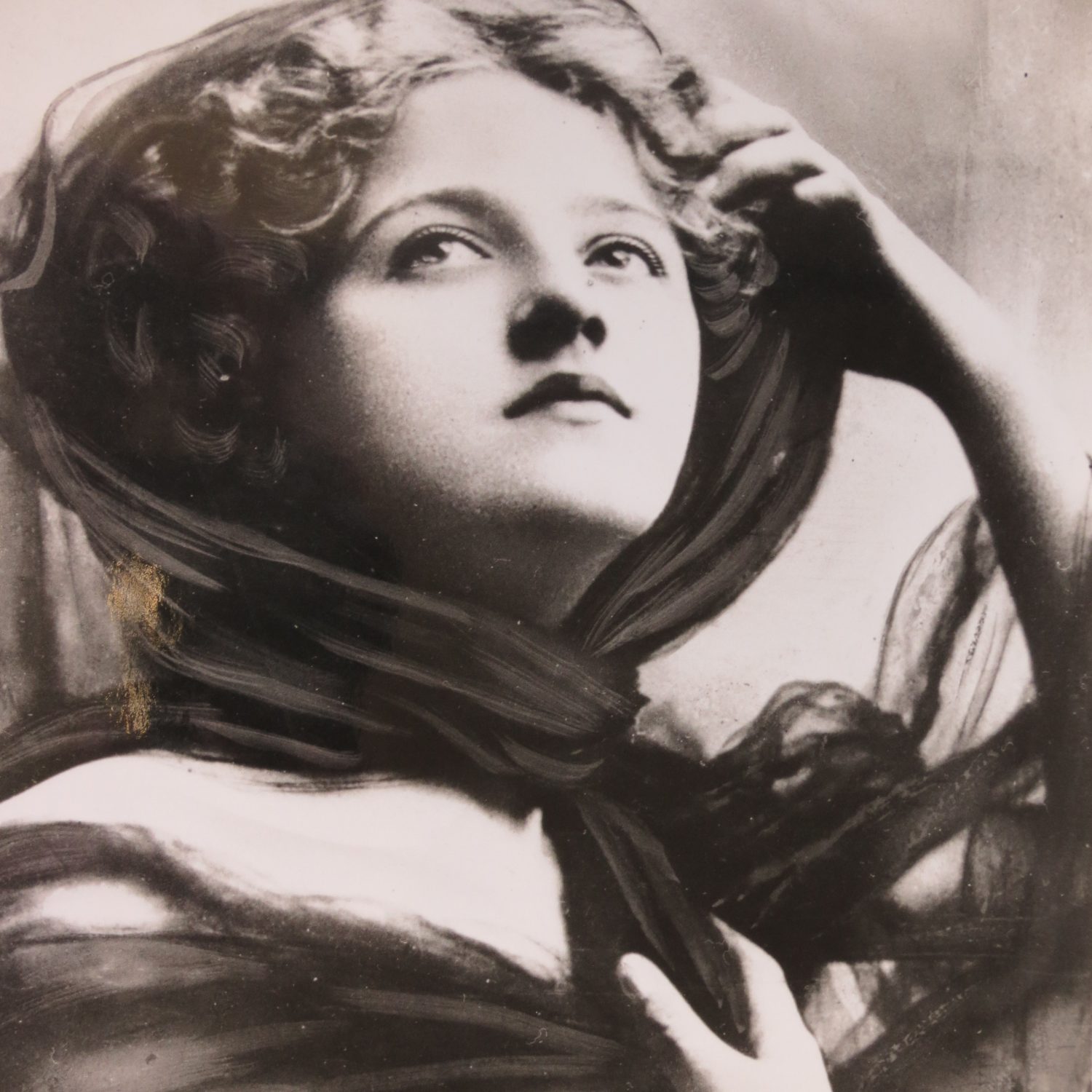 Ivy Close poses in the official photoshoot for the Daily Mirror, 1908. Image courtesy of Preston Park Museum and Grounds.

In 1907 there ran a contest in America looking for the most beautiful woman in the world. The response was the first ever beauty competition ran by the Daily Mirror in Britain in 1908. John Robert Close a jeweller in Stockton-On-Tees and an amateur photographer, sent in a picture of his daughter Ivy Close into the competition. It was a hard contest with 15,000 entries, all judged by the specially formed Beauty Adjudication Committee.

‘Her typical dreamy, sylph-like brand of loveliness’ not to mention her blond curls and blue eyes clinched her the winning prize. Seventeen year old Ivy won a Rover Motorcar and sat for Sir Arthur Hacker, a famous artist of the day. Following her win the Daily Mirror sent leading photographer of the time Elwin Neame to take a series of pictures of her for the front cover of the newspaper for which there was ‘an overwhelming rush for copies’. 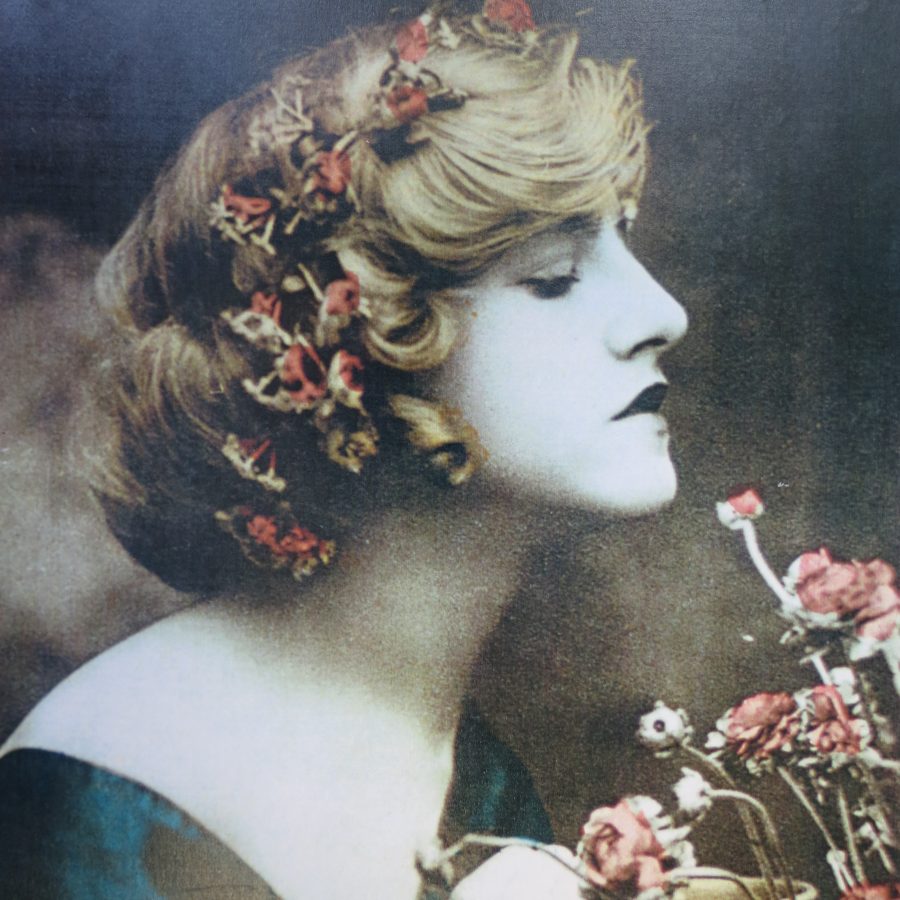 Following her win she appeared live at the Empire Theatre in Stockton for a week, giving her a love for acting. Ivy and Elwin became close and married in 1910. A year later in 1911 Ivy gave birth to her first child, Ronald. Elwin and Ivy loved the new moving pictures and decided to give it a go themselves. Ivy was the star and Elwin the director. Their first picture was filmed in their own home to great success.

They began their own film company called ‘Ivy Close Predictions’, and in 1914 Ivy starred in her first full length feature film, ‘The Lure of London’ which was a great triumph. As the UK economy slowed during the First World War Ivy accepted a year’s contract acting in Florida, then the home of American film making. When her contract was up Ivy came home and had success with several movies including the acratically acclaimed, La Roué which debuted in 1923.

In 1923 her beloved Elwin was killed in a motorcycle accident, leaving Ivy with two young children. Furthermore, with the new ‘talking’ movies now in production she struggled to find work; her Stockton accent was considered unsuitable for American audiences.

As a result of these hard times Ivy’s son, Ronald had to leave his education to get a job. First as an office boy at an oil company, then as a messenger boy for Elstree Studios. It was here he learned the business of film making and became an assistant camera man for Alfred Hitchcock’s film Blackmail (1929). 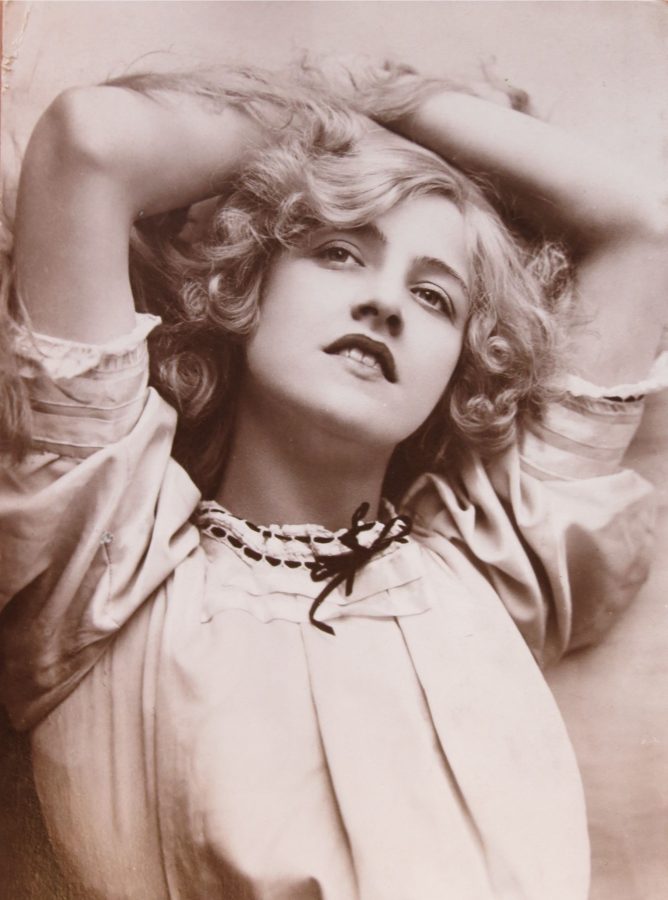 Ivy Close posing with her arms up in this postcard. Image courtesy of Preston Park Museum and Grounds.

Ivy died in a nursing home in Goring, Oxfordshire in 1968. A silent movie star, famed beauty and a fierce entrepreneur. Her career may have ended sharply, however she founded a dynasty of film and T.V making producers and directors, spanning four generations. The latest being Gareth Neame, creator of Downton Abby. Gareth put a reference to Ivy in one episode of Downton Abbey. Did you catch that reference?