Preston Park Museum’s Victorian Sweet Shop, J. F. Smith and Co., is named after the confectioner, James Fothergill Smith, and his works were once based in Green Dragon Yard in Stockton. 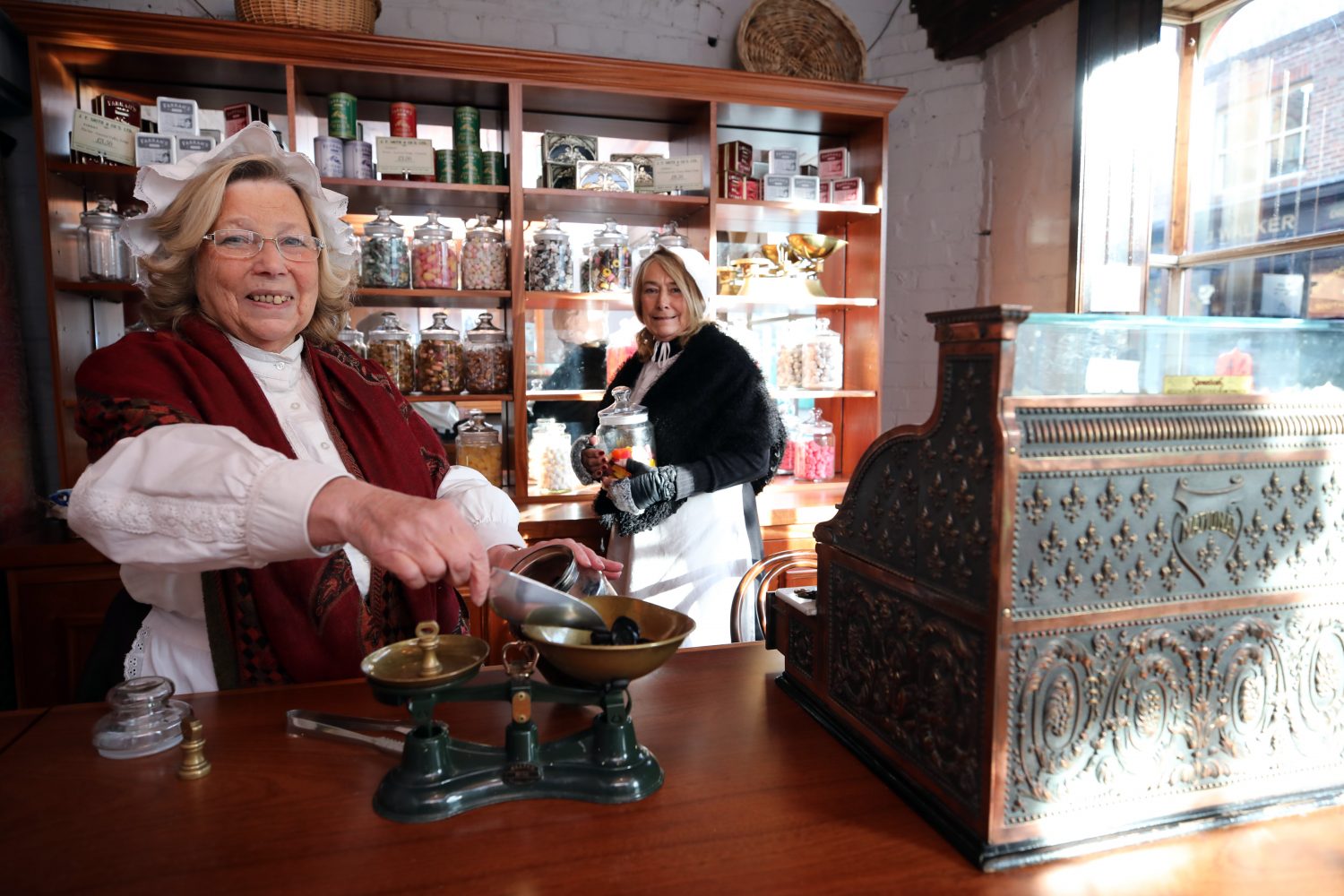 James Fothergill Smith was born in Stockton in October 1856. His father was George Fothergill Smith, who at the time of his birth was an earthenware manufacturer, employing around 48 people. George’s father and his Uncle William owned their own pottery businesses. William had founded Stafford Pottery and was infamous for creating ceramics identical to Josiah Wedgwood’s products (you can find out more about William Smith and Stafford Pottery here). George was successful as a manufacturer of ceramics and bricks and was also Stockton’s Mayor in 1880-1881.

Despite the family history in making ceramics, James Fothergill Smith and his brother both trained to be drysalters, businessmen who traded in salts and chemicals which could be used to make a range of products, including colourings and preservatives for foods. 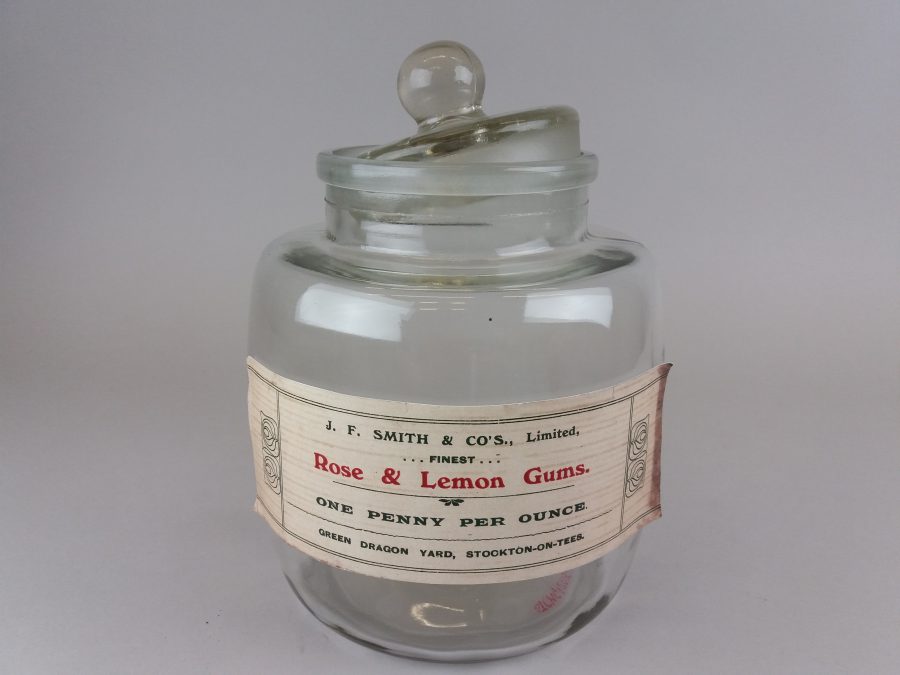 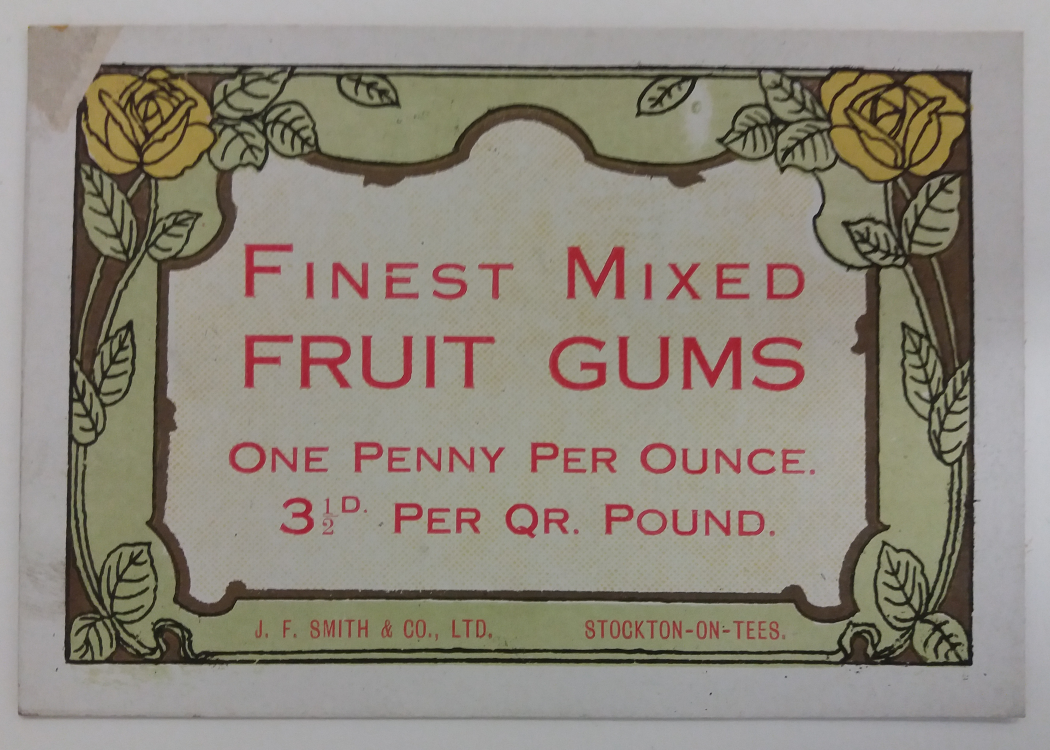 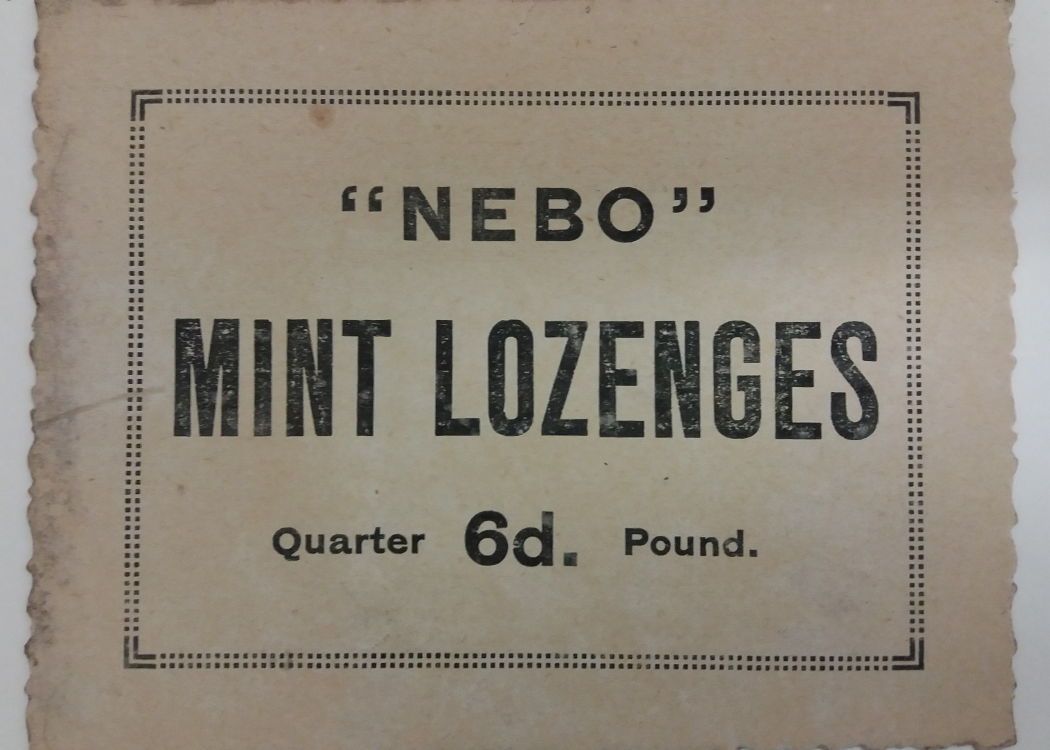 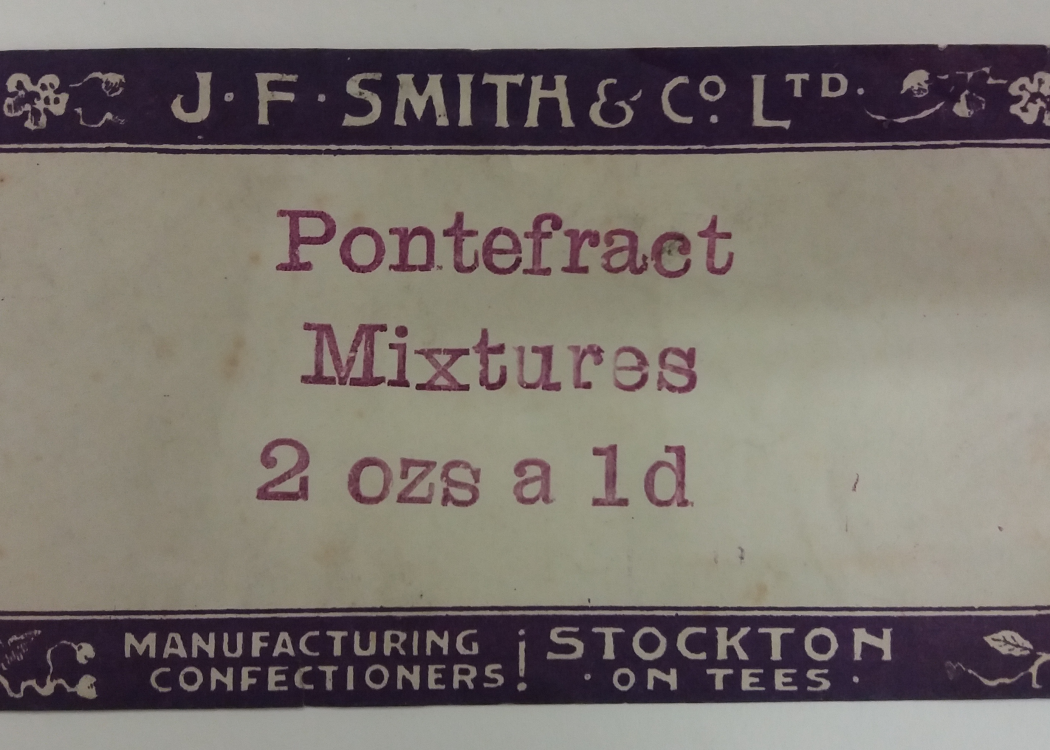 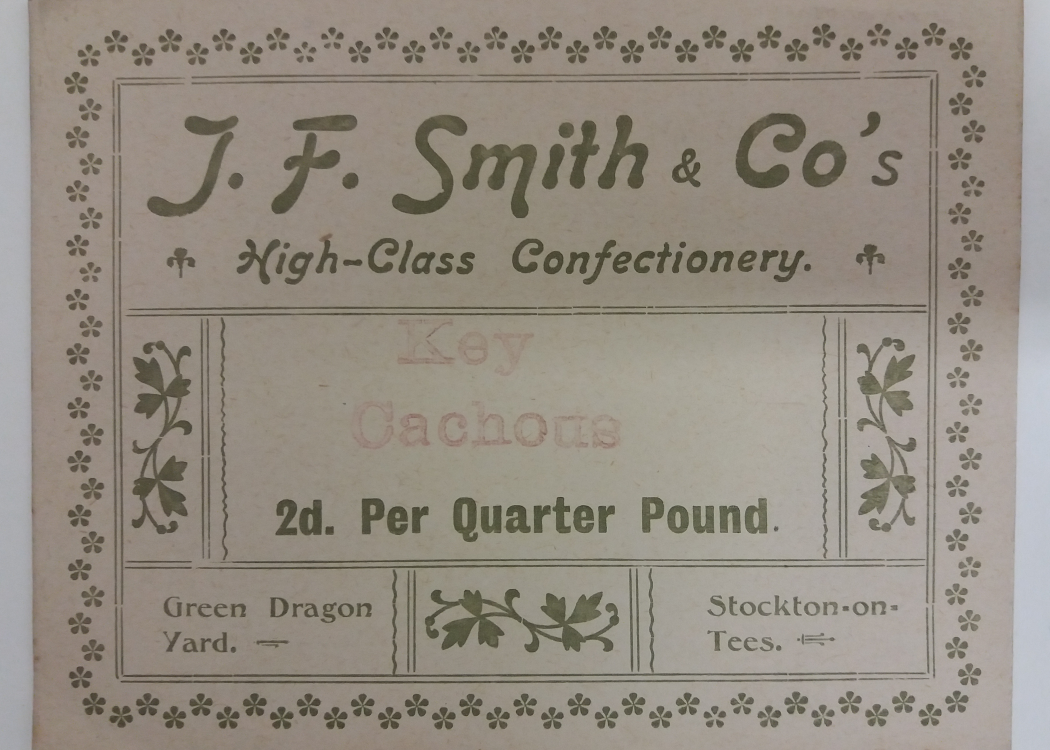 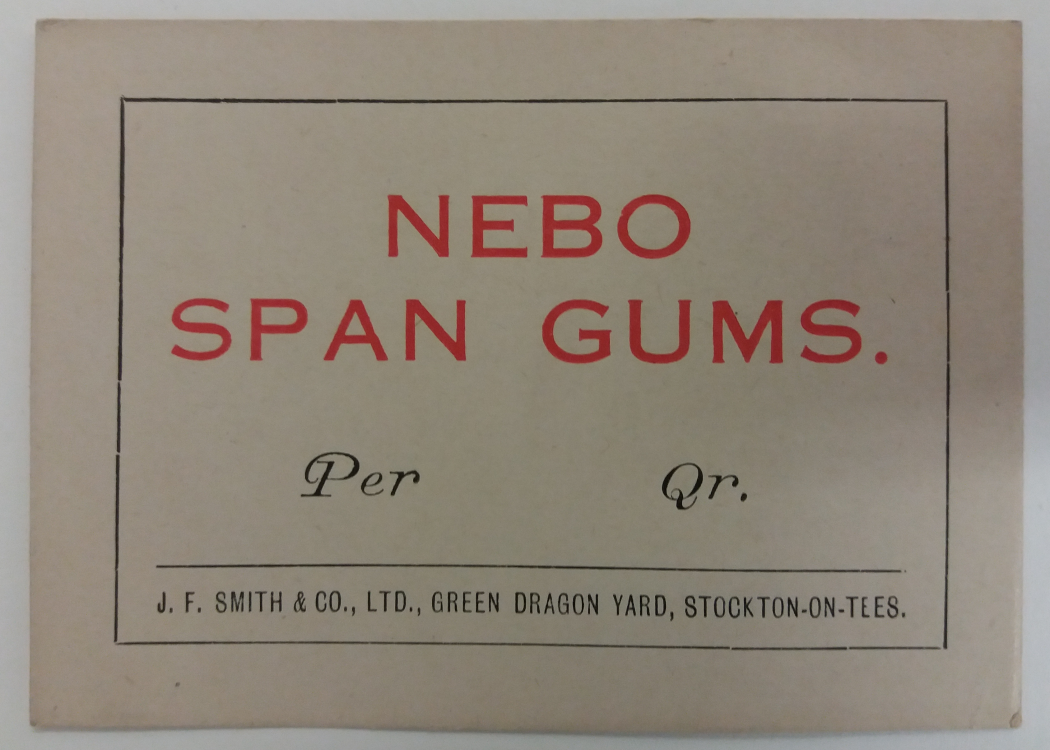 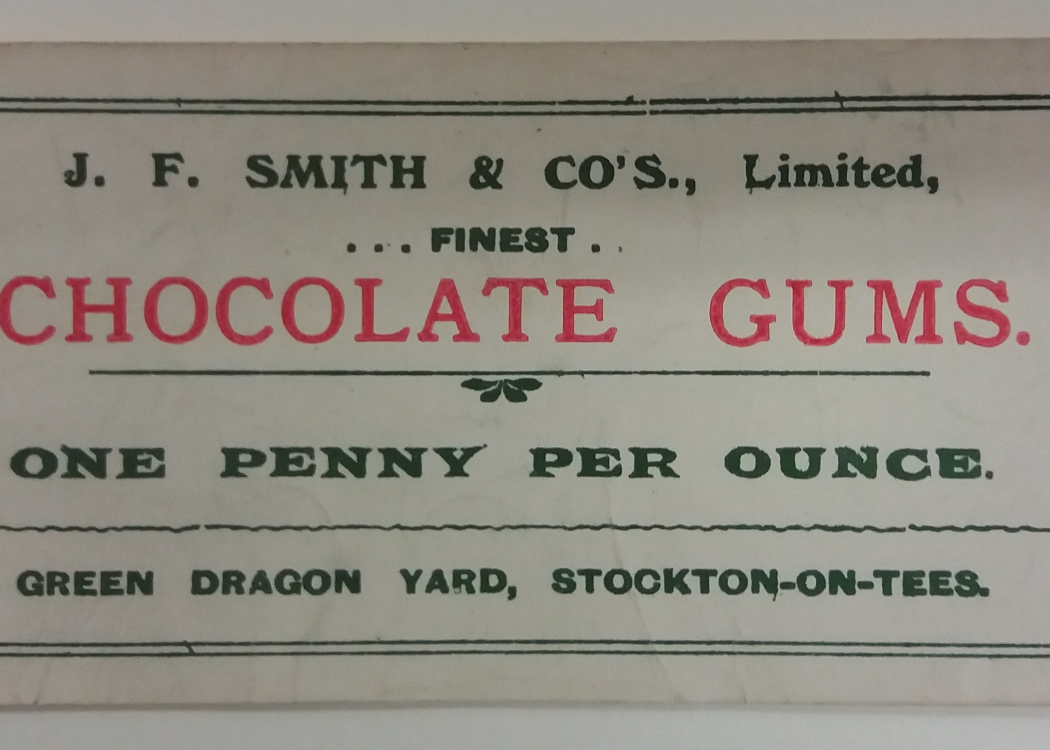 In the 1880s the Smith brothers had opened J. F. Smith and Co. at Garbutt Street. However, this premises was later destroyed by a fire and by 1900 the brothers had reopened at their new permanent location at Green Dragon Yard. From this point onwards the business grew from a small shop into a large sweet-making works.

The works made a wide range of sweets in large quantities, and even supplied to other businesses. They made boiled herbal sweets, including Black Bullets and Voice Jubes, black liquorice cakes known as Pontefract Cakes, and toffee and ice cream. And they were famous for creating Nebo Creams, a boiled sweet which was both creamy and sherberty. 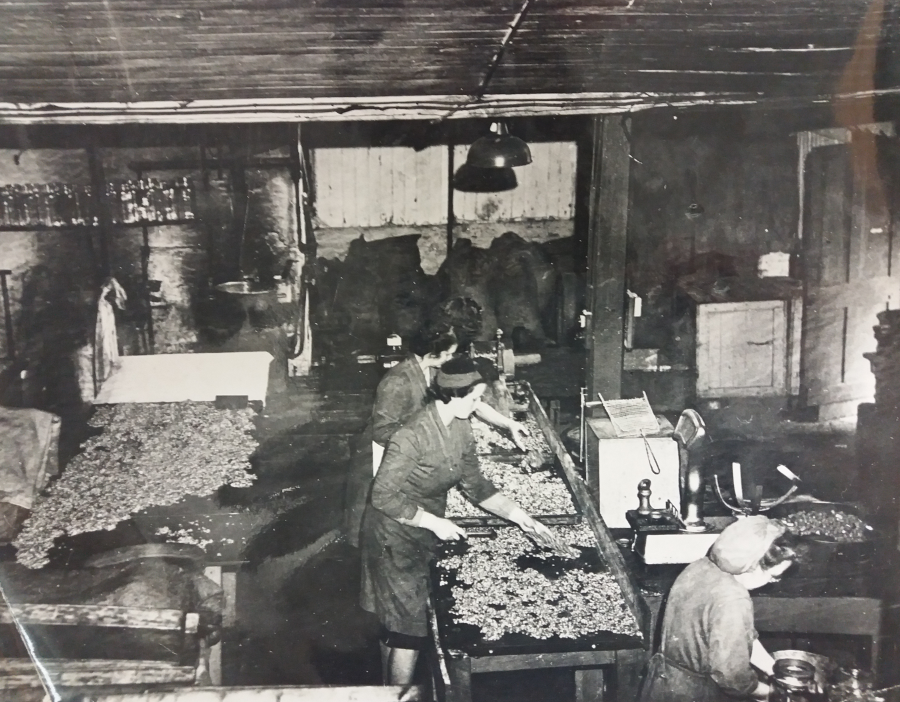 James Fothergill Smith maintained his position as Director of the company well into his old age. His brother Donald Frederic Smith took over as Director before James’ death in 1938. Donald was an active member of the community and, as well as the business, took part in many committees, including becoming the Chairman of the North East Trader’s Association, Stockton’s branch of the RSPCA, and the Stockton and Thornaby Boys Scout Association.

Preston Park Museum’s Victorian Sweet Shop is named after J. F. Smith and Co. as an affectionate homage to the Smith family and their sweet-making enterprise. 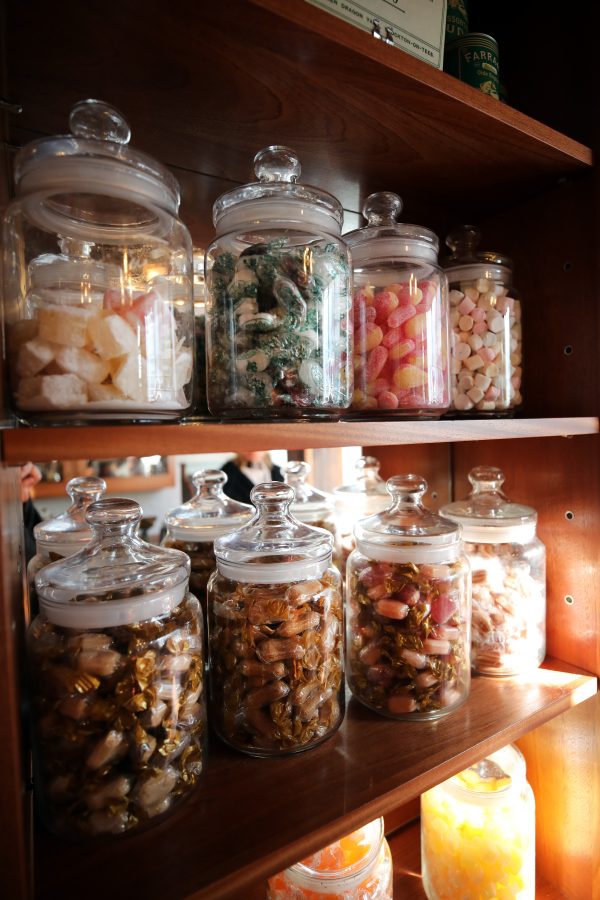