Kilncraft Bacchus was a style of British pottery that evoked the feel and look of the 1970s and is still remembered today as a staple of the decade. 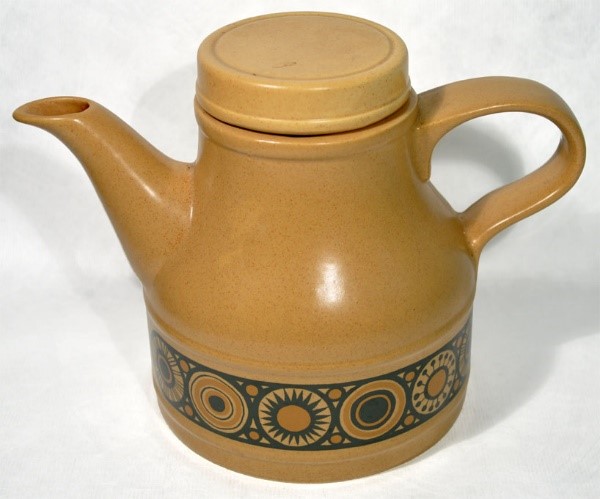 Staffordshire Potteries was one of the most popular ceramics companies in the UK. In the 1970s they released the Kilncraft brand, a new range of dinner wares, teapots and mugs in modern shapes and colours. One of the most popular designs was Bacchus. The yellow-brown colour and the patterning are very much in the essence of the 1970s.

Staffordshire Potteries had been producing ceramics since the mid-1700s. At the time they were one of many ceramics makers in the area. Staffordshire had large deposits of clay, lead, salt and coal, all of which went into the production of pottery. Staffordshire Potteries had originally been a small family-run business, but with the innovations of Josiah Wedgwood in the 1770s it was transformed into a lucrative business with high output. By 1785 the company employed around 20,000 people and had a growing overseas market. 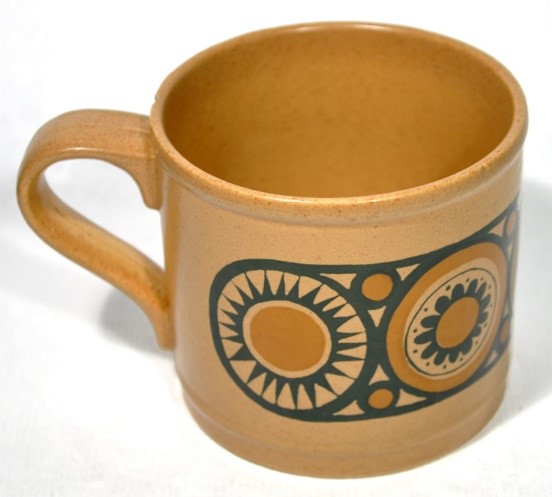 Most of Staffordshire Potteries earlier pieces were made to a high standard and even appealed to the middle classes and international royalty. By the time of the 1950s, the company was making products which were more affordable to the public and were easy to use. For these reasons Bacchus became one of the most appealing ranges.

Kilncraft Bacchus remained popular throughout the 1970s, until the 1980s when their design was seen to be too out of style with the brighter colours of the new decade. Kilncraft Bacchus quickly fell out of fashion, but they are still favoured today by collectors for their part in defining the 1970s.