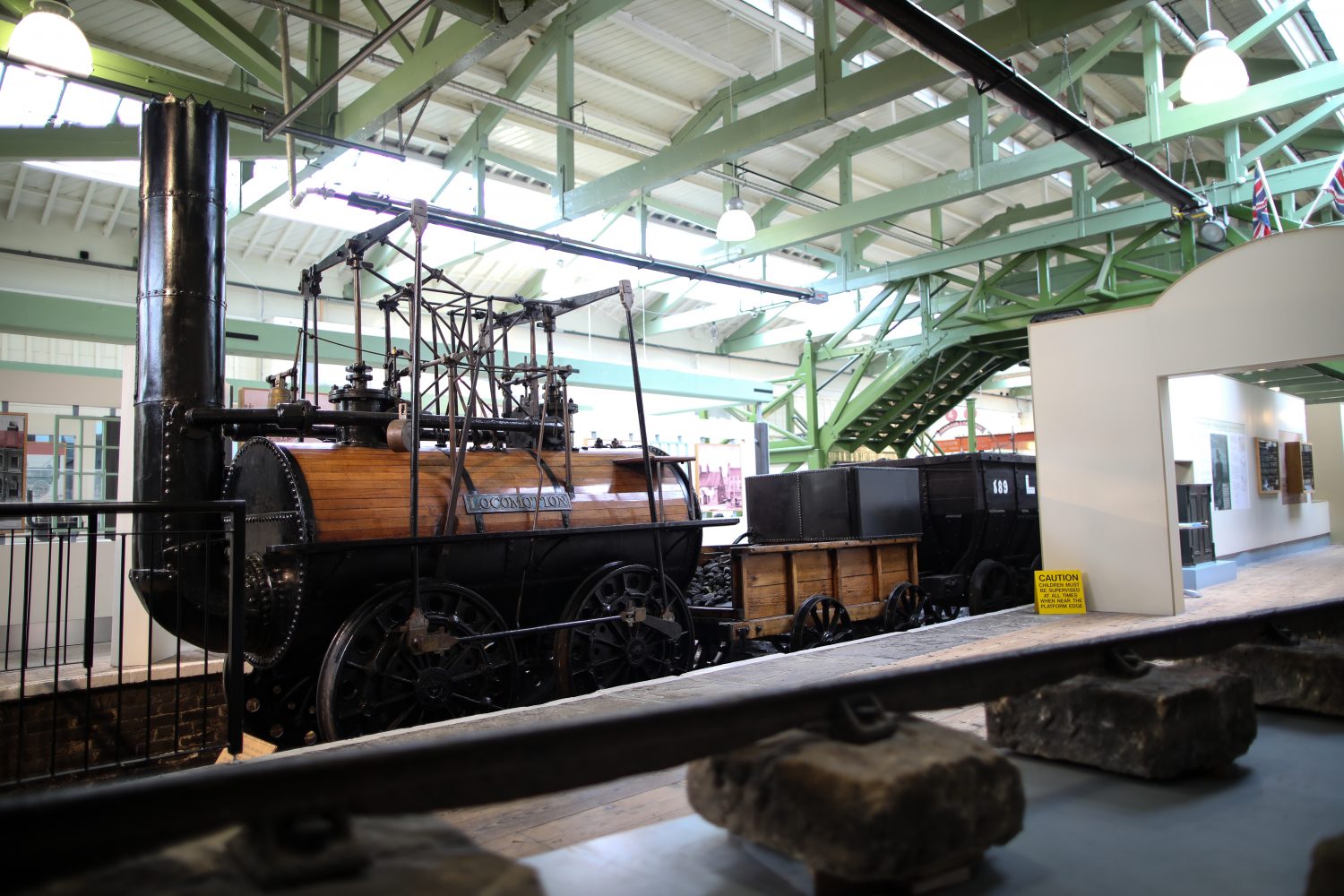 Locomotion No 1 on display at the Head of Steam - Darlington Railway Museum.

Locomotion No 1 was built by father and son team George and Robert Stephenson for use on the Stockton and Darlington Railway which opened in September 1825. It transported coal from the collieries in Durham to the port in Stockton where the River Tees would take it to the rest of the country to power the ever-expanding industrial revolution.

The locomotive is on display at Head of Steam – Darlington Railway Museum where it has been loved by visitors since the museum was opened in 1975. Many visitors ask if the locomotive is original and the answer is yes, the engine is as original as it can be given its long history. Early locomotives where very dangerous pieces of machinery and Locomotion No 1 exploded in 1828, sadly killing the driver.

Due to the fast development of steam locomotives, Locomotion No 1 quickly became outdated and retired from use in 1841. In 1857, Locomotion No 1 was given its own plinth outside North Road Station for people to delight in the early days of steam and appreciate the ingenuity of the locomotive. After touring internationally for many years, it then went on permanent display at Darlington Bank Top Station until 1975 when it was transferred to its new home, Head of Steam -Darlington Railway Museum.

This majestic piece of machinery is now in danger of leaving Darlington and Head of Steam – Darlington Railway Museum need your help to ‘Keep the Loco in Darlo’.

Please sign the petition to keep the loco in darlo here.

Chris Lloyd talks about Locomotion No 1