Edward Mandall, a chemist living in Stockton, created Licoricine in the 1870s. It was a cold medicine which claimed to relieve the symptoms of asthma, bronchitis and other ailments. 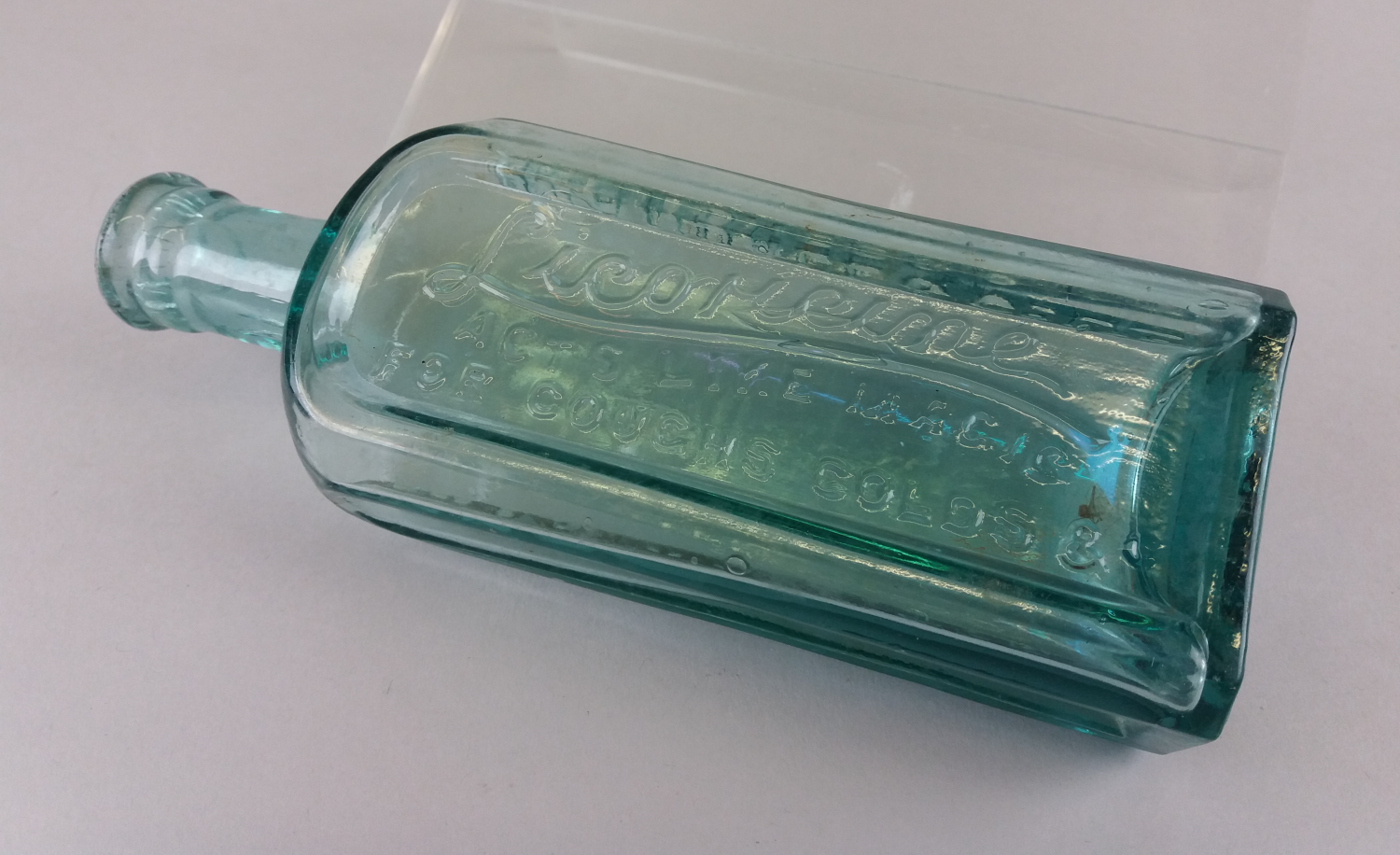 From the 1860s to the 1940s Middlesbrough and Stockton were populated by many small businesses which developed their own products, from soda water and beers to medicines and sweets. One business was Mandall and Co., and they were best known for creating a cold medicine that was advertised across the region.

The business’ founder, Edward Mandall, was born in 1833 in Wigton in Cumberland. He trained as an apprentice druggist, and by 1861 he had moved to Thornaby and was working as a chemist at Tower Street in Stockton. He was quite successful as a business owner, and within ten years he was employing 34 people to work for him.

It was at this time that Mandall created a product which may have been his best seller – Licoricine. It was a medicine made from liquorice root and glycerine, hence the name, and it was made to treat coughs and colds, like Benylin and Covonia today.

Adverts for Licoricine appeared in newspapers from as early as 1876, and some included extracts from letters from happy customers, including – ‘We have found it exceedingly useful in whooping cough’ – ‘It cured my cough and I feel better all over since I took it’ – ‘I cannot tell you how thankful I am for the cure it has performed me’.

Mandall and Co. became so sure of Licoricine’s properties that from the 1890s he offered to send free samples to anyone who sent their name and address on a postcard to their Tower Street shop. 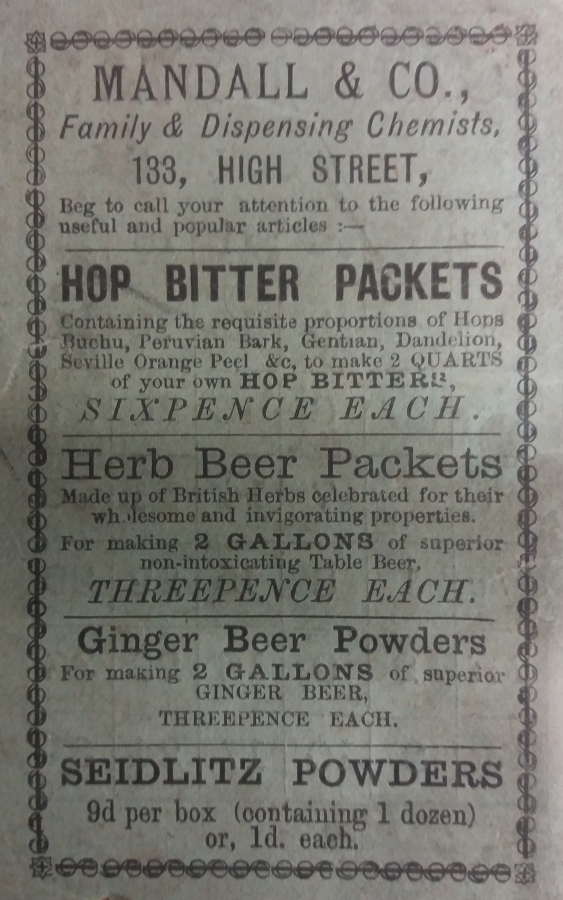 Advert for products by Mandall and Co. Image courtesy of Preston Park Museum.

It was not just Licoricine that Mandall and Co. produced – they also supplied powders to make a range of beers, Seidlitz powders which were laxatives, and a product called Wheat Dresser, which promoted the healthy growth of wheat.

Edward Mandall died in 1904 in Durham. As well as a businessman, he was very religious and had been elected to be the deacon of North Road Church in 1853 when he was just 20 years old. He had also founded new churches and lead a temperance mission in Stockton.

It is unclear who Mandall left the business to, as it appears to have continued under his name despite this. Licoricine was last advertised in February 1939, and the business may have closed around the same time.