Nahem Shoa’s portrait, ‘Giant Head of Ben’ is one of a series of large portraits and is currently an important part of Hartlepool’s Art Collection. 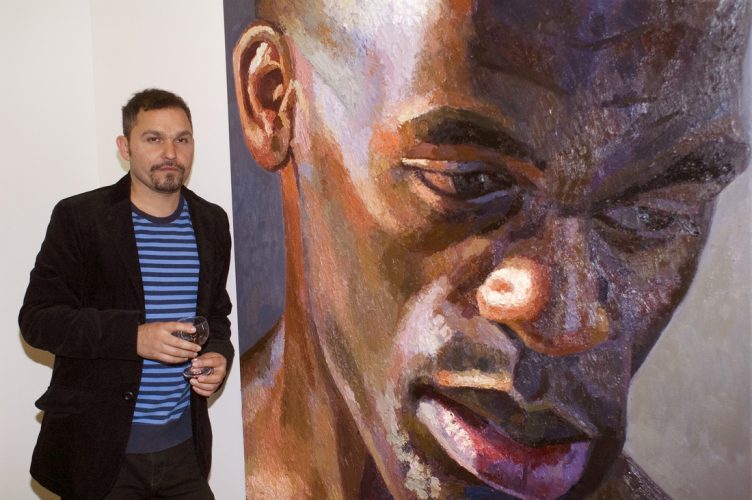 ‘Giant Head of Ben’ is one of a series of large oil portraits painted by Nahem Shoa. The series is known together as ‘Giant Heads’, and they are of people that Shoa knows personally.

Nahem Shoa was born in London in 1968 and trained to be an artist from the age of 16. While undertaking a Bachelor’s degree at Manchester School of Art in 1989 he displayed his works at the local art gallery and won first prize. Three years later he was displaying his work at the Royal Academy of Arts and the National Portrait Gallery.

It was from the early 2000s that Shoa began to paint his giant portraits. Many of the people he invited to sit for him were fellow artists he knew personally. The model for the painting, Ben, sat for Shoa twice a week from 10am till 5pm, and it took the artist a year to complete the painting. The painting was a huge undertaking, requiring Shoa to paint Ben’s features to perspective and he sometimes needed to scrape away some paint and start a section again. 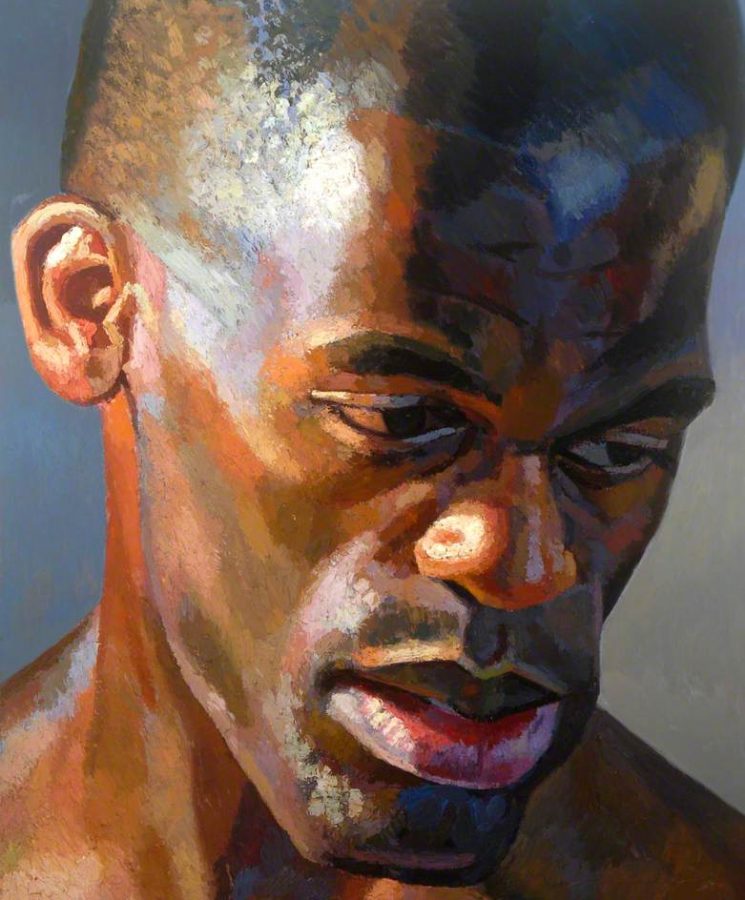 Both Nahem Shoa and Ben have connections with Hartlepool. Ben has visited Hartlepool many times and run arts workshops. Shoa first took part in the town’s art festival in 1995, and exhibited his work at the Hartlepool branch of the Cleveland College of Art, which is known today as the Northern School of Art. He has been an Artist in Residence at St. Hild’s Church of England School, where some of his own work are displayed, and led workshops for the pupils. He has also led painting demonstrations for Hartlepool Art Club.