Redcar and Saltburn in Postcards

In Kirkleatham Museum’s collection there are holiday postcards of Redcar and Saltburn, collected when the towns were at their height as tourist destinations. 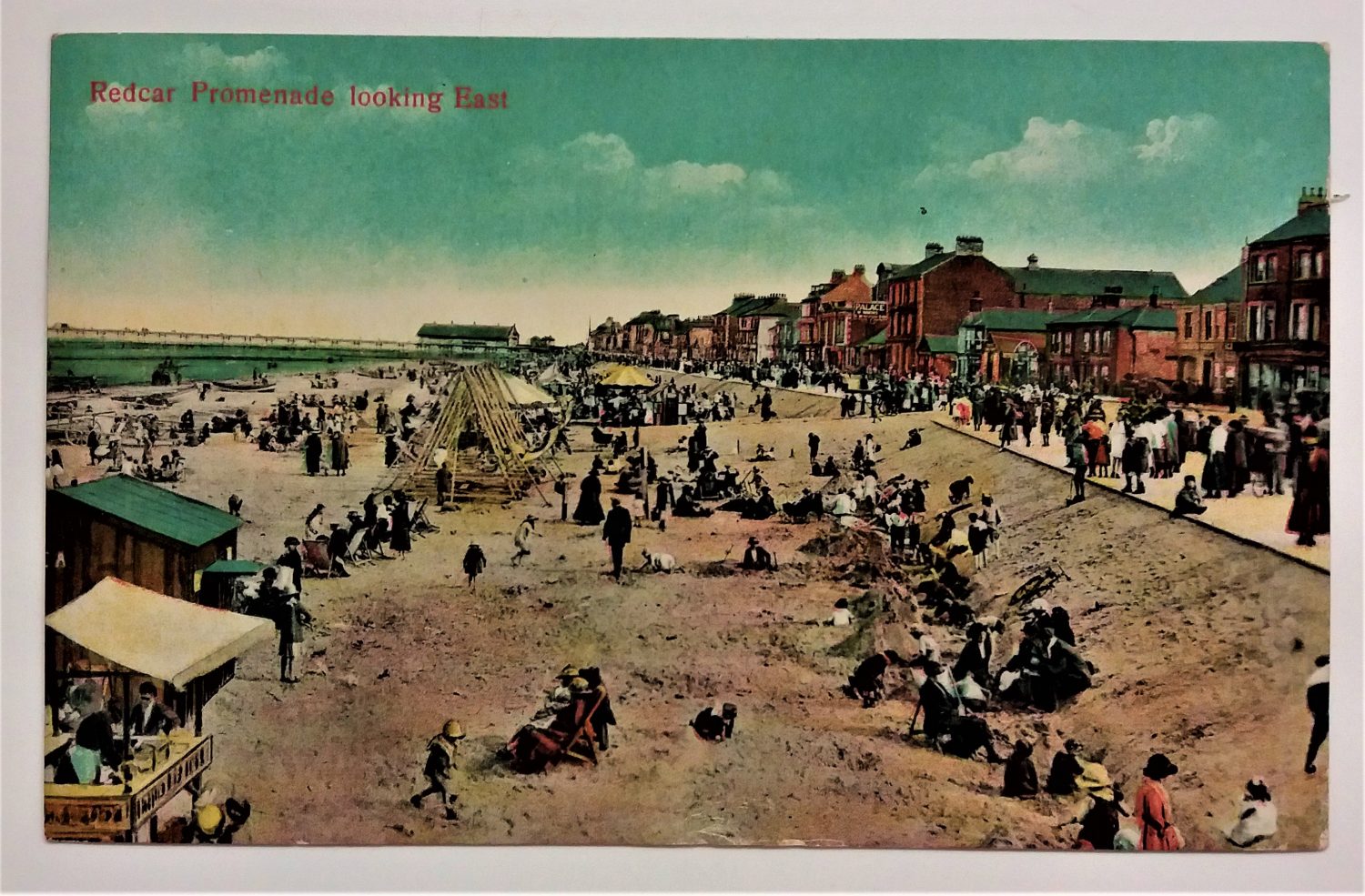 Redcar started out as a small fishing hamlet and by the 1800s had grown to a town of less than 800 inhabitants. Around this time the town’s fortunes began to change as holidays by the seaside grew in popularity, and Redcar, with it’s 8 miles of coastline, slowly became popular as a holiday destination.

By 1846 the railway between Middlesbrough and Redcar Central railway station was completed and this made it even easier for families and tourists to flock to Redcar when Summer came around.

With a steady stream of tourists and business, new additions were made to Redcar to enhance the coastal town, including a pier. 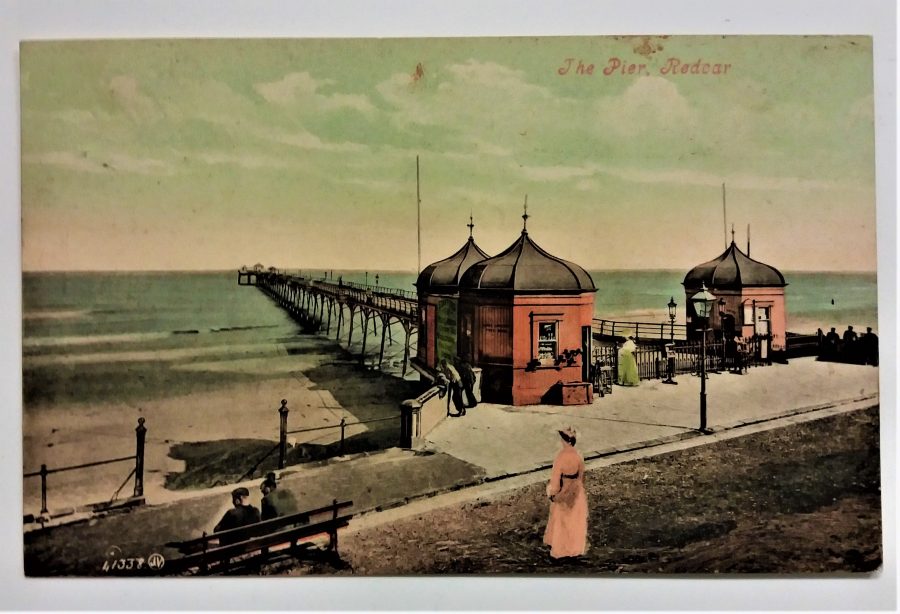 Most seaside piers in the UK were built during the Victorian period. They were originally built as simple walkouts to the sea, but as the years went on and technology improved, they evolved to include entertainment venues and fun fairs.

Redcar pier was built in 1873 with its own bandstand and landing stage for boats. A pavilion ballroom was also built there in 1907. However, the pier was damaged by storms throughout its lifetime and by 1980 it was declared unsafe and was demolished. 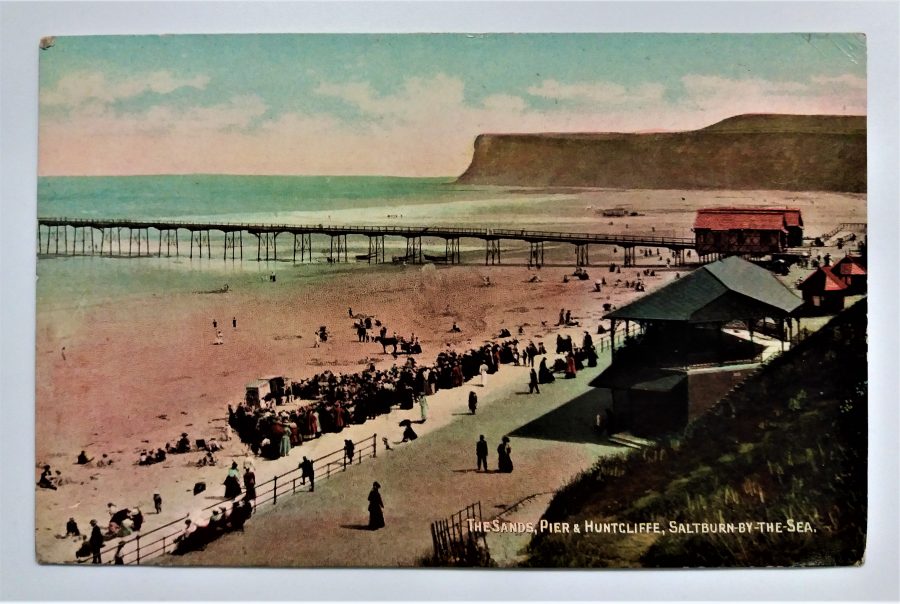 Postcard depicting a view of Saltburn beach and the pier. Image courtesy of Kirkleatham Museum.

Back in 1856 Saltburn was just a small hamlet. One day while out walking along the coast Henry Pease, a director of the Stockton and Darlington Railway, became inspired to build a holiday destination. He is said to have seen “a prophetic vision of a town arising on the cliff and the quiet, unfrequented and sheltered glen turned into a lovely garden”.

Henry Pease funded improvements to the town, including new streets, the pier, and the Italian Gardens. Some of the streets were known as the ‘Jewel Streets’, after the precious minerals they were named after, including Diamond, Emerald, Ruby and Pearl. 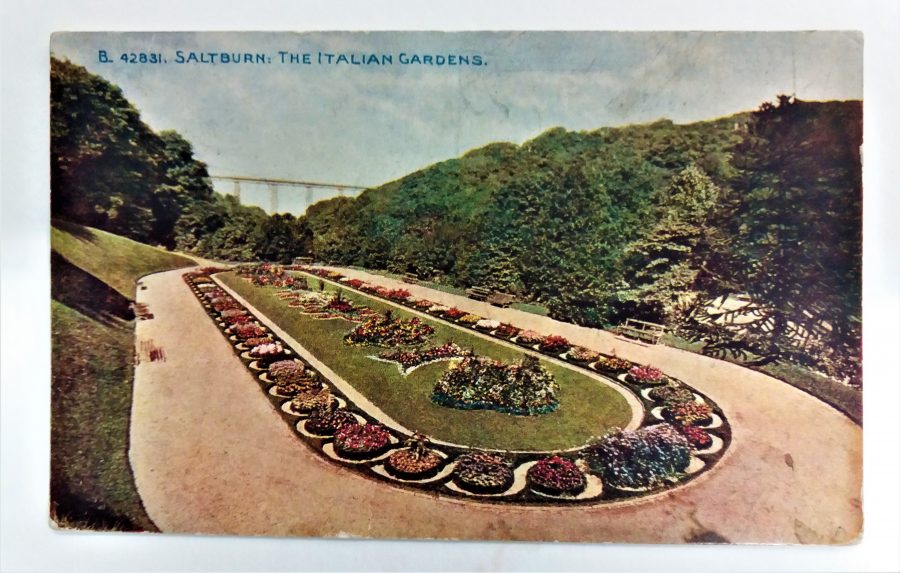