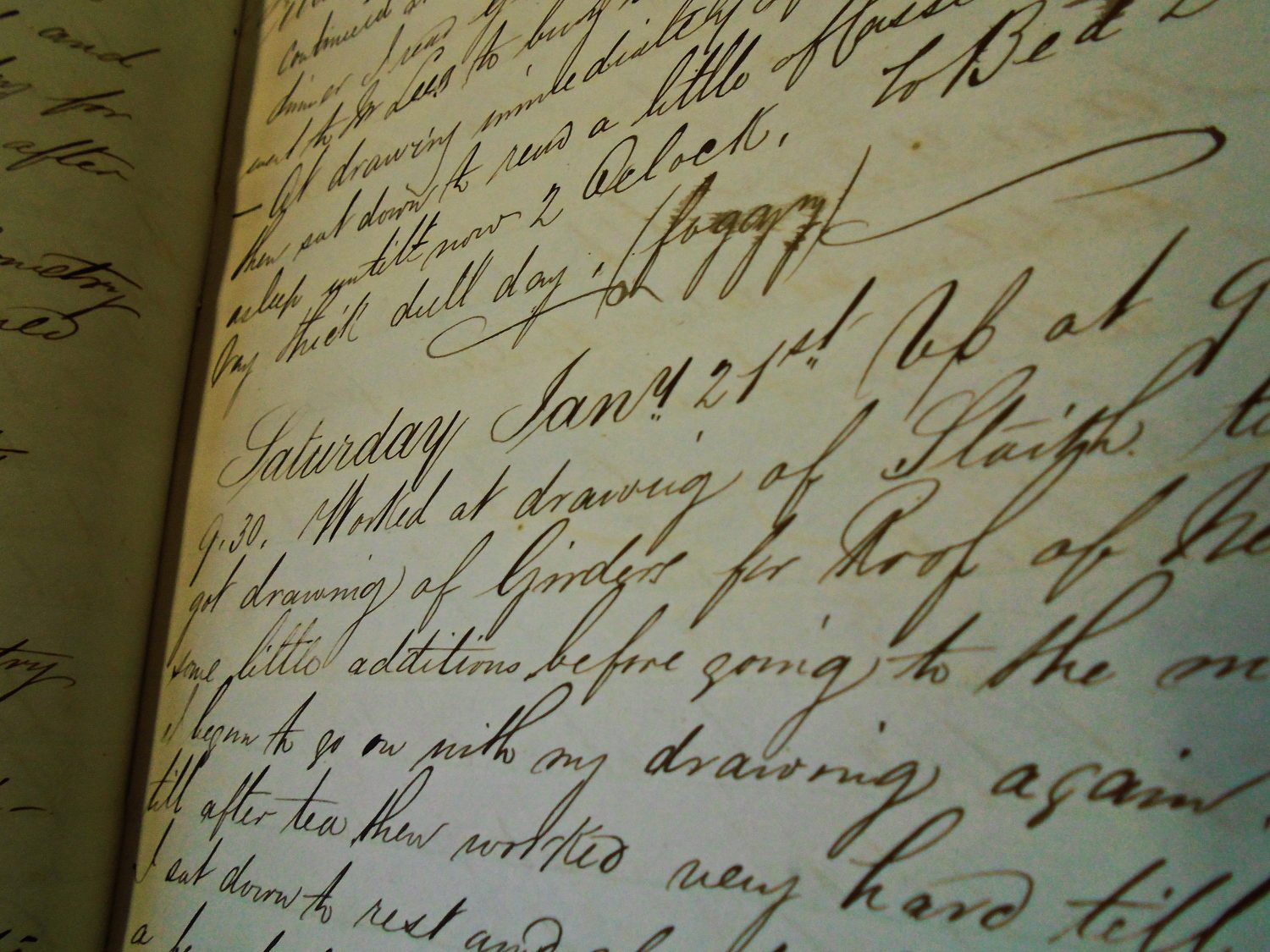 Robert was born at Wilson House, Westmorland in 1838. He came to Darlington in 1858 for his apprenticeship under Mr William Cudworth, a civil engineer on the Stockton and Darlington Railway. For three years of his training, Robert kept a diary of his day to day life, recording everyday moments such as paying his washerwoman, the weather and conversations with Edward Pease.

As a young man of 21, he studied algebra, mathematics and drawing in order to become an engineer. Robert travelled extensively for work; one day he would be in Barnard Castle, the next Richmond. He used the railways to travel, and the company paid his expenses.

During this time he lived on North Road, just a short walk away from the Stockton and Darlington Railway offices on Northgate. His apprenticeship cost £50 a year, equivalent to almost £3,000 today. Whenever he needed money, his mother would post him one end of a note with the other following soon afterwards, so no one would be able to steal it through the post.

Robert finished his apprenticeship and became chief collieries manager for Bolckow, Vaughan and Co. He remained with the company for 34 years, during which time he built and designed bridges for all over the world as a highly skilled engineer. Robert married Lucy Ann Pease in 1878. The couple lived in the mansion of Beechwood house which is now Sainsbury’s car park.

The couple had one daughter, Enid Lucy Pease Robertson, who also left a lasting legacy in the form of her diaries, now published in a book called ‘The Secret Staithes Diary’.

The diaries of Robert Robinson were bought for the museum by the Friends of Darlington Railway Centre and Museum.