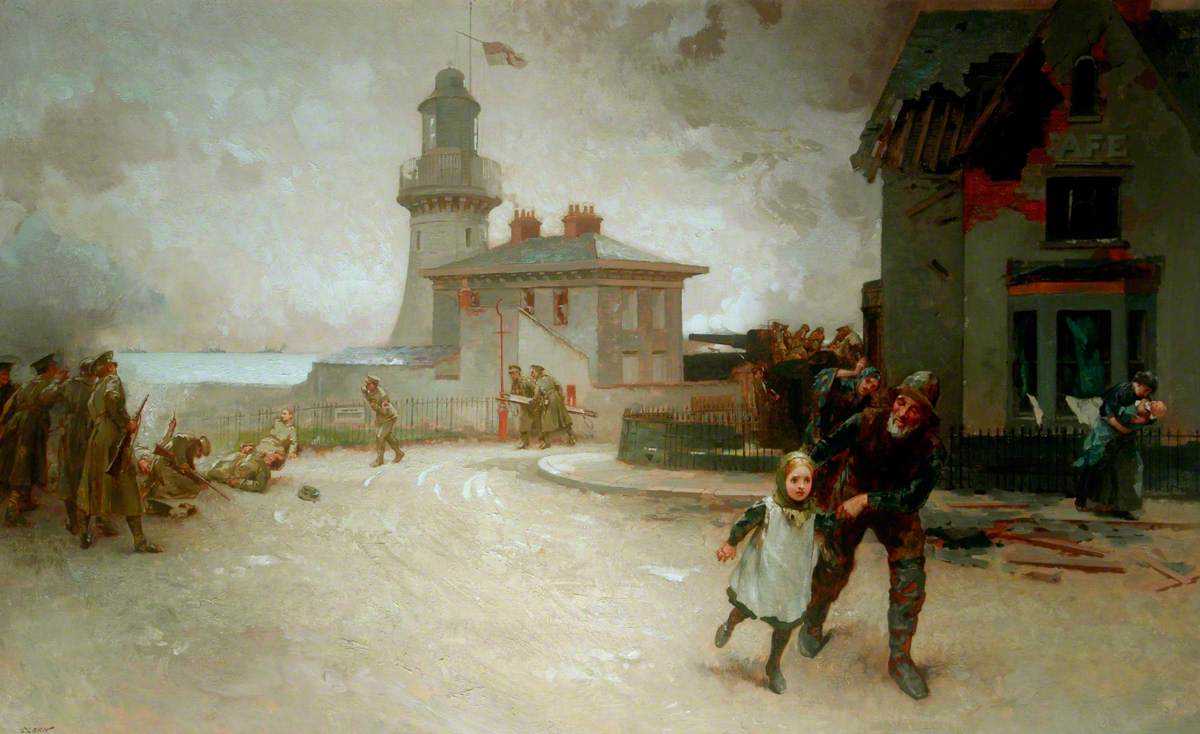 'The Bombardment of the Hartlepools' 1914, oil on canvas, James Clark. Image courtesy of Hartlepool Borough Council.

The First World War had been ongoing for three months. In terms of warfare the two sides were at a stalemate, and Germany was looking to damage British morale and their munitions. In November the German Navy had managed to assess the defenses of the East Coast and had identified Hartlepool, Scarborough and Whitby as having little defenses and also being home to shipyards and engine works which supplied the war effort.

In the early hours of Wednesday 16th December five warships left Germany and proceeded towards the East Coast. They had been accompanied by about 18 destroyers and 4 light cruisers, but these ships had been forced to turn back due to poor weather conditions.

Although it was a site that supplied munitions for the war effort, the Hartlepools were not well equipped to defend themselves in the event of an attack from the sea. About seven British coastal defense ships were moored at Victoria Dock, but at the time of the attack four had gone on patrol down the coast and missed the attack, and the towns only had three 6-inch guns between the Heugh Battery and Lighthouse Battery. 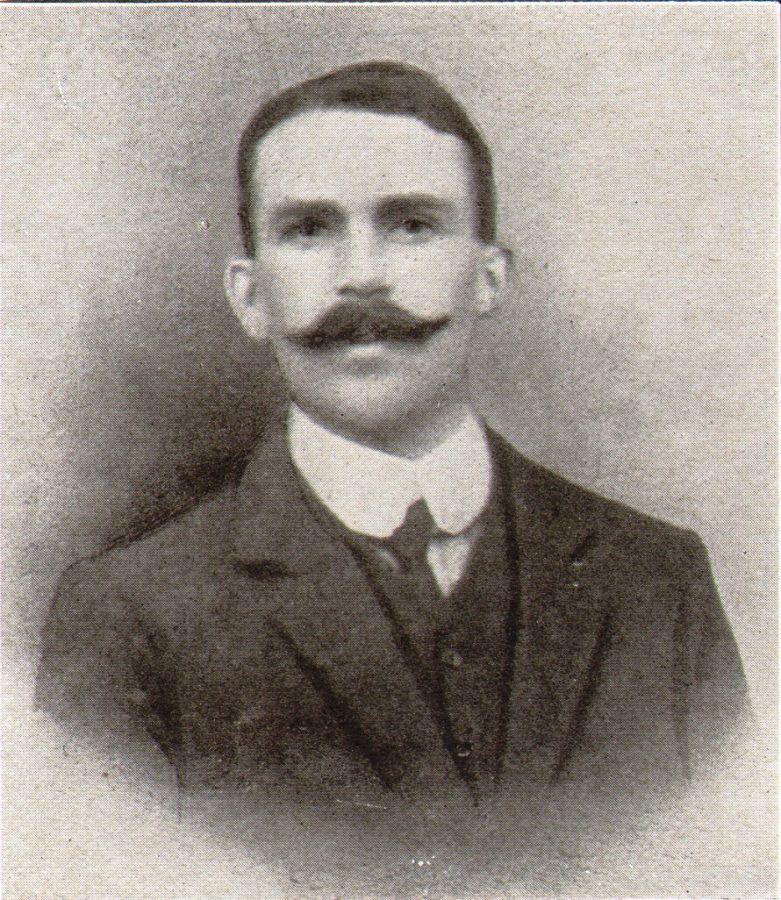 At 7:46am the Heugh and Lighthouse Batteries were warned of three warships approaching at speed and were issued live ammunition. The warships opened fire at 8:10am and the first shells struck the Headland, killing Private Theopholus Jones of the 18th Battalion Durham Light Infantry who was on sentry duty. He was the first soldier to be killed on British soil during the First World War. Three soldiers died alongside him.

The intention of the German warships was to attack the Batteries, then once their weapons had been put out of action, switch to attacking the shipyards, railways, and steelworks. West Hartlepool Passenger Station and NER stock train carriages were hit, and the nearby gas works were also set on fire. But these attacks resulted in many civilian casualties. 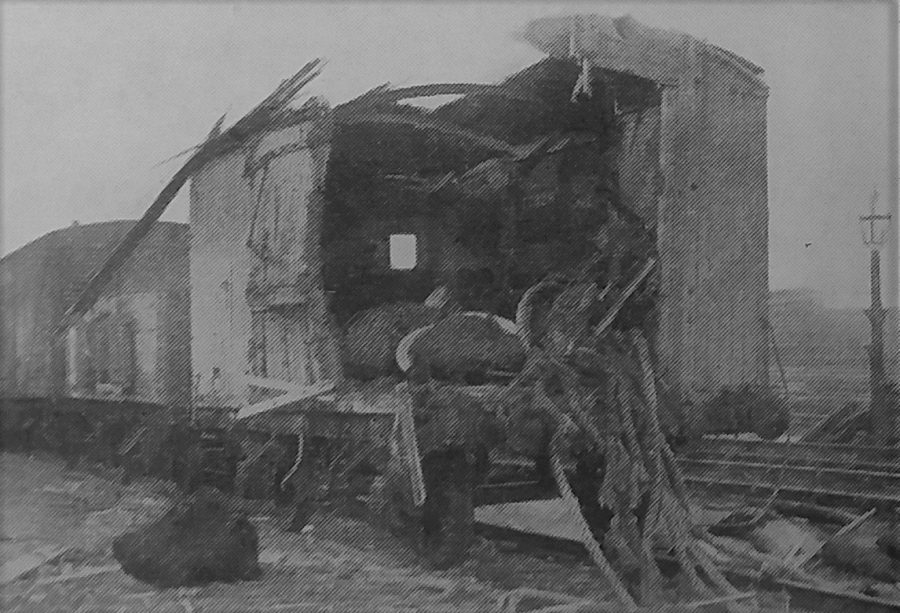 At the time of the attack the people of the Hartlepools were having breakfast or on their way to work. Some also did not realise that an attack was taking place and thought that the gunfire was either the Batteries practicing or another naval battle taking place further out to sea.

The second round of shells that the warships fired at the Headland splintered into deadly shrapnel which hit Hilda Horsley, a young tailor who was on her way to work. She was only 17 years old.

Some families decided to flee the town and go to neighbouring villages, like Hart and Elwick. Margaret Dixon and her six children left their home on William Street but had only gone so far as a few streets when they came into the path of an oncoming shell. The blast killed three of Margaret’s children and left her severely injured. She told her son Joseph, only 12 years old, to take his remaining brothers, three-year-old Billy and baby John, and run to safety without her. The brothers were found later by soldiers and they and their mother survived despite the odds. 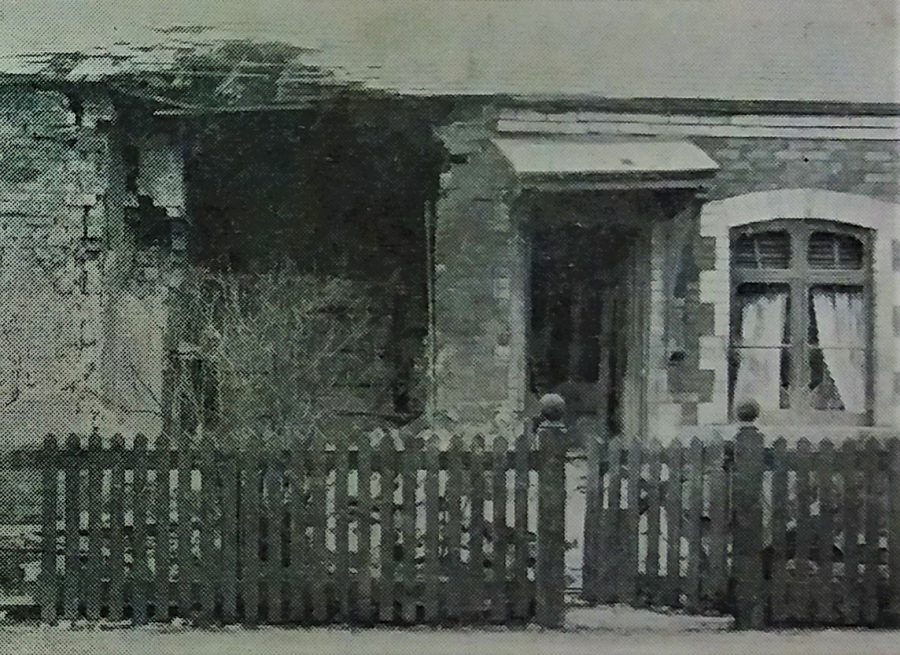 Both the Heugh and Lighthouse Batteries were outgunned but they did manage to inflict great damage to the warships, hitting them a total of ten times, damaging their weapons and killing nine sailors.

By 8:50am the German ships withdrew and began making their return. A total of 114 civilians had been killed, 37 of whom were children, and a further 443 were injured. Ships belonging to the Royal Navy pursued the warships and made attempts to engage the enemy, however poor weather thwarted these attempts and the warships returned to Germany with no repercussions.

In the months that followed the attack there was a recruitment drive and 22,000 men from the Hartlepools alone signed up, and the towns also collectively raised today’s equivalent of £545 million for the war effort. The Germans’ attempts to dampen the morale of the British people had failed, and in fact spurred on the public to take action and fight against adversity.