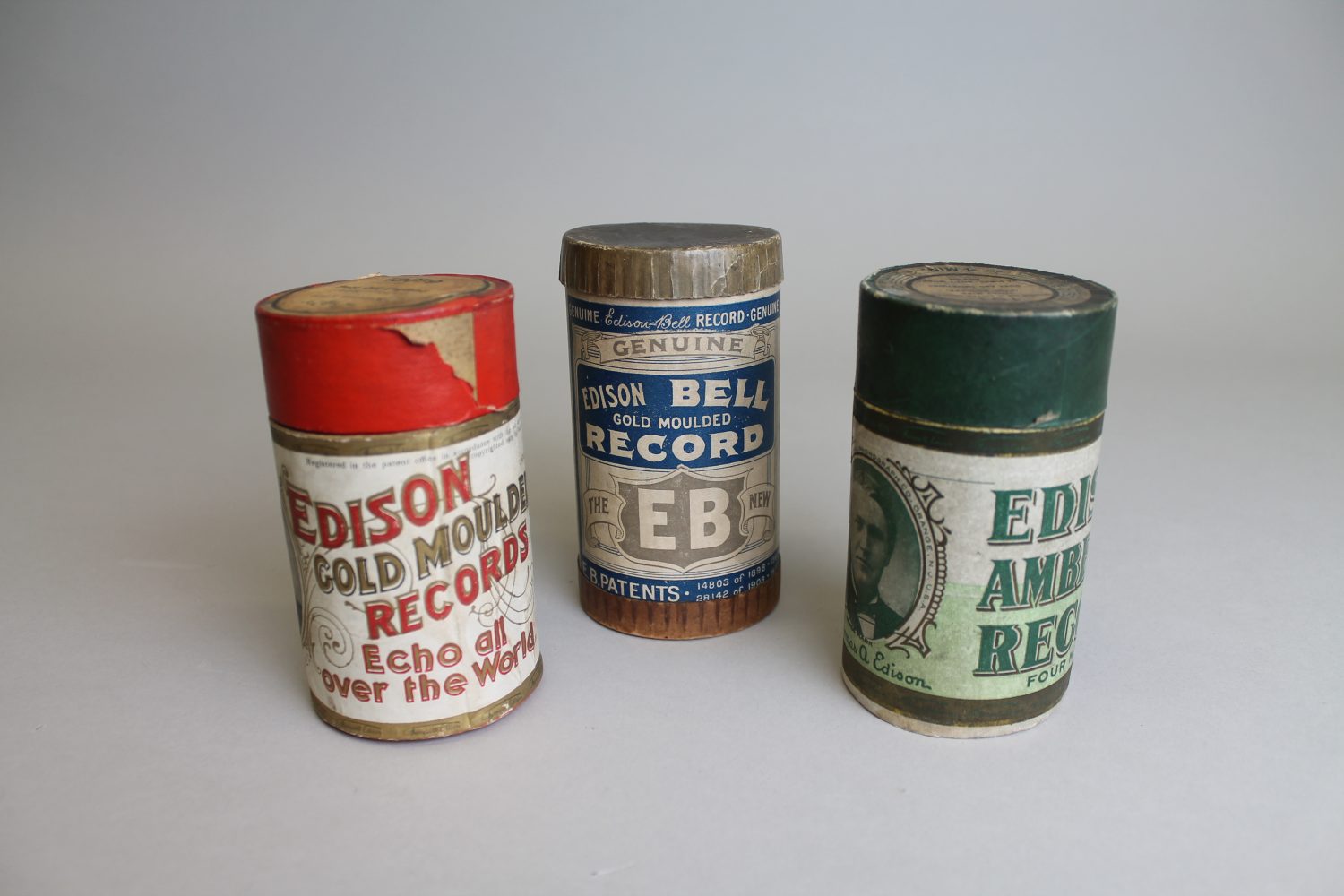 These wax cylinders are held in the collection at Preston Park Museum and Grounds and are a fascinating insight into how our ancestors listened to music. This was the beginning of the commercial trade of pre-recorded music from some of the favourite performers of the time. Even better they could listen to theses performances in the comfort of their own homes.

Thomas Edison invented the phonograph in 1877 – essentially the world’s first Dictaphone (be it a lot bigger than the ones we have today) it used tin foil cylinders to record the human voice for the first time. Edison quickly became board with the invention and moved on to invent the light-bulb, however the phonograph technology was picked up by various inventors around the world who went on to develop a better system for recording.

By the 1880s the tin foil cylinders had been replaced by wax cylinders, the most common of which became the Brown Wax Cylinder which gave a better sound and was more rebuts than the others that came before it. Stripping away the top layer of wax meant the cylinder could be used again for another recording. The first professional performances were sold in 1889 and consisted of a long trumpet which would have been sung into or music played into which would then scratch its way onto the wax.

These performances where exhausting as the recording machines didn’t pick up sound very well so singers would have to practically scream into them in order to hear any sound on the finished product. It was also difficult to produce many at a time with each performance being repeated for a new wax cylinder.

By this time the Gramophone was big competition with its fancy new disc recordings. However, wax cylinders where more expensive as they produced a better quality of sound that the discs could. In the 1890s Thomas Edison came back to his original invention and soon solved many of the problems associated with the production of wax cylinders.

In 1902 the Edison Gold Moulded Record was introduced. These are the kind kept at Preston Park Museum and where more durable than anything that came before it. These wax cylinders where made from a master mould which used a tiny bit of gold in the original recording process giving them their ‘gold mould’ name. This meant an artist only had to record once and the cylinders could be mass produced.

In the 1910s the Edison Gold Mould Record wax cylinders where replaced by Cellulose Nitrate cylinders which were much more hard-wearing. Even so the days of the cylinders where numbered and the disc records soon took over and became the popular choice for decades to come.