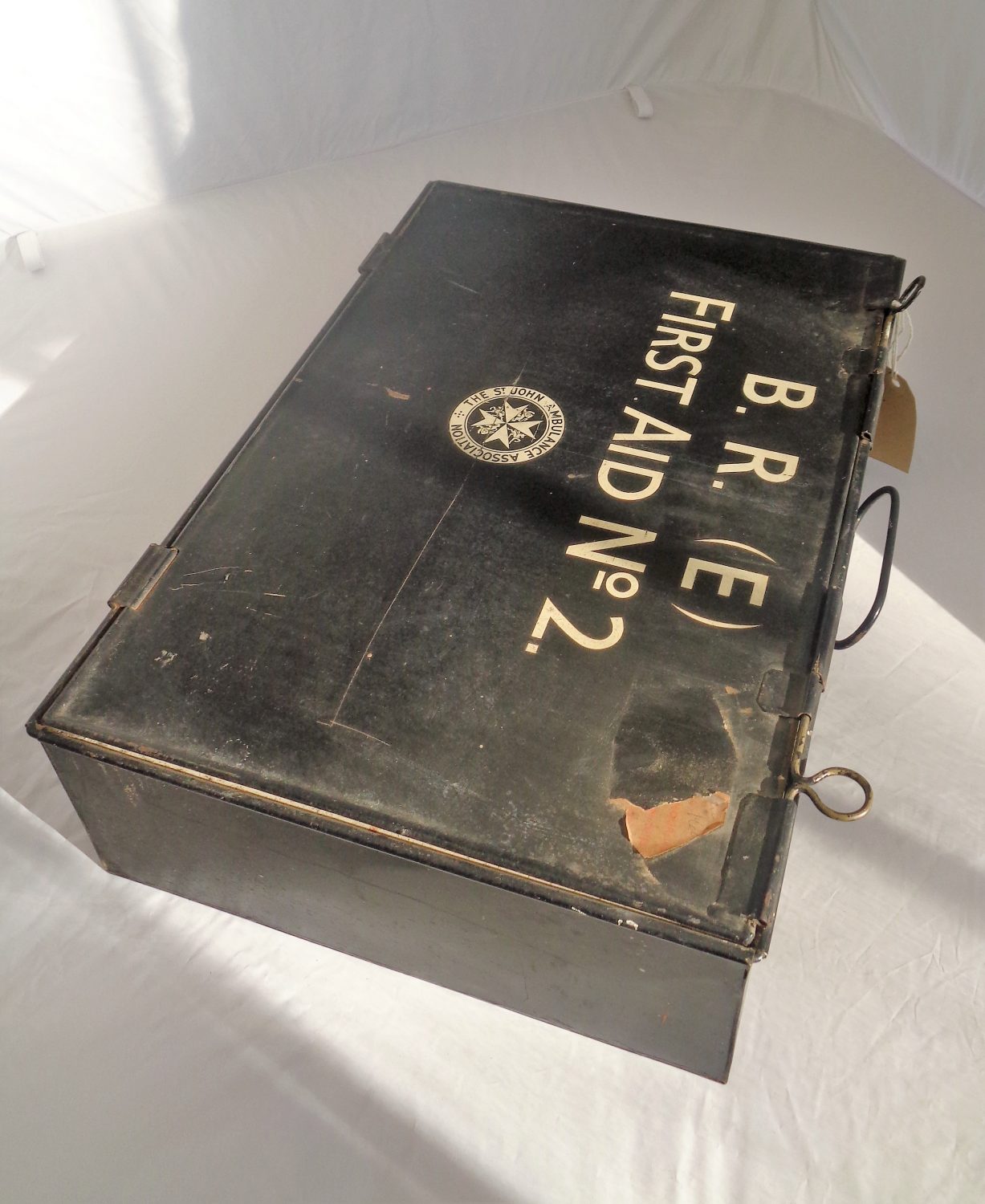 First Aid Kits were developed commercially by Johnson and Johnson for use on the American Railroad. On both sides of the Atlantic, accidents resulting in injury and death were common on the railways. There was demand for a quick treatment that could be administered by anyone and the First Aid Kit was developed with advice from Railway Surgeons. 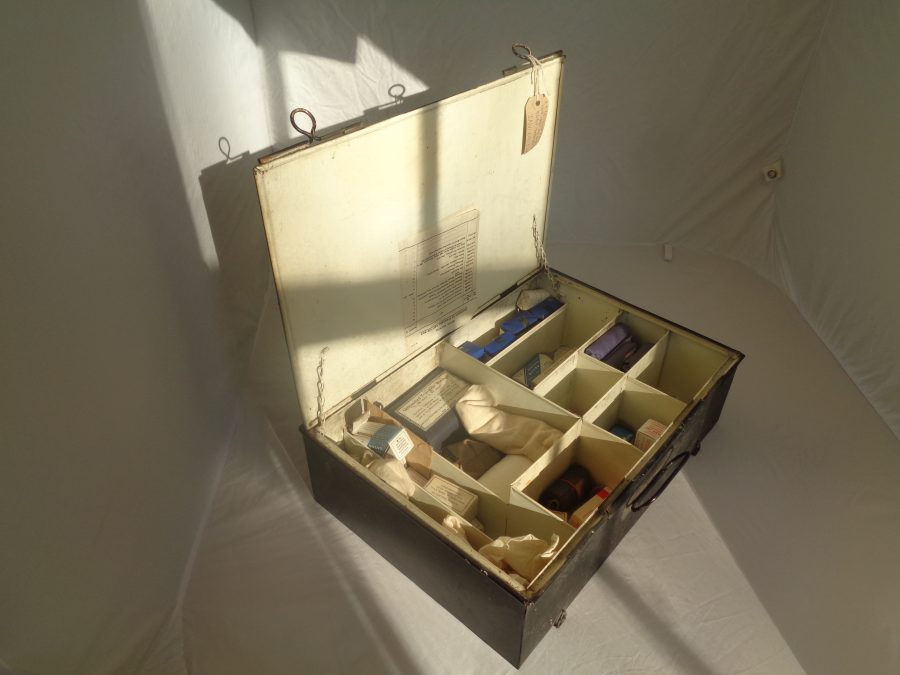 The NER was divided into six districts, Darlington, Hull, Leeds, Middlesbrough, Newcastle and York. Each district competed for their own ambulance shield and the winners from each went on to compete for the Lloyd Wharton shield. Regional winners then represented the NER and competed for the National Railway Shield.