The Howeys, Father and Son Painters 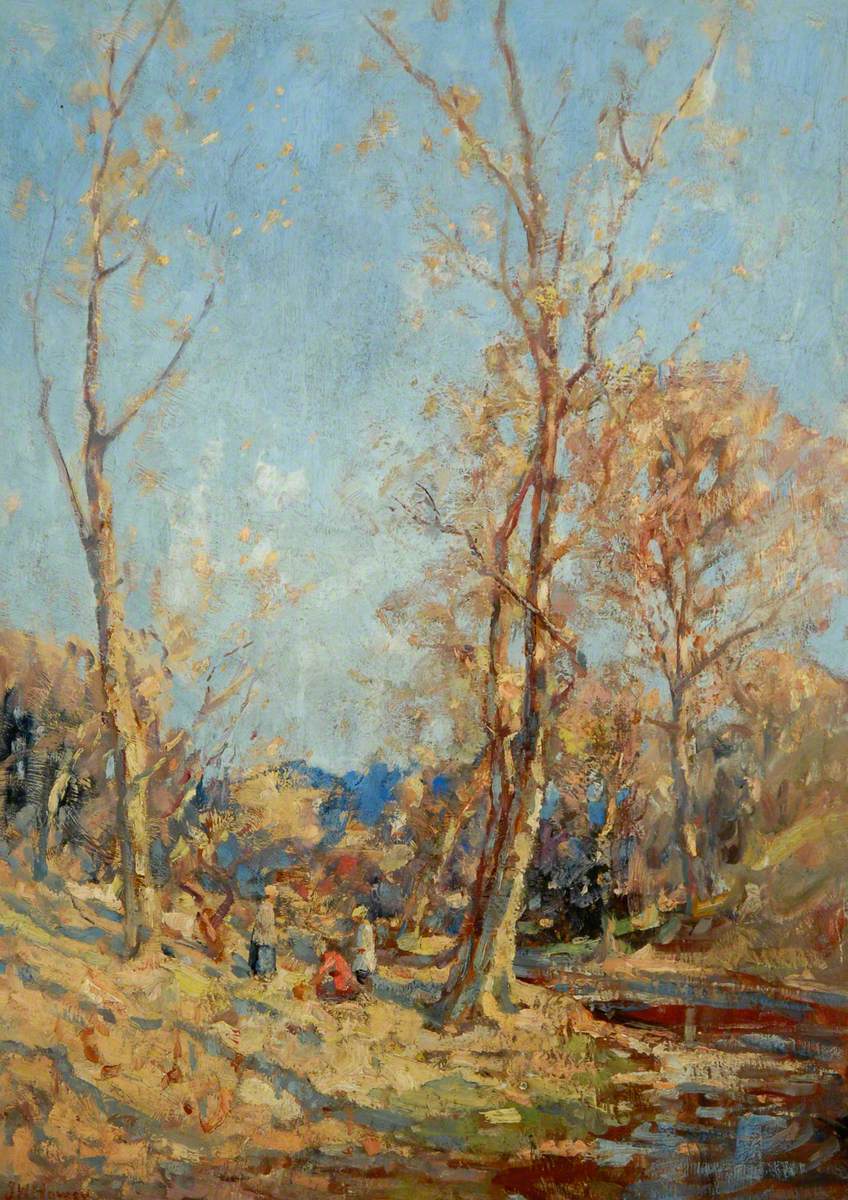 The Staithes Group was founded in 1894 by 31 painters. Staithes is a small fishing village on the North Yorkshire Coast where the group painted landscapes of the surrounding countryside. The group showed their paintings at Staithes every summer until it split up in 1909.

John William Howey was born in 1873 in West Hartlepool where he painted from a young age and learnt by experimenting. Howey studied at the West Hartlepool School of Art and was taught by the landscape artist, Edwin Denyer.

Although Howey was talented, he did not have the confidence to paint full time. Instead he worked at the West Hartlepool Gas and Water Company and would only come to Staithes in the summer. For the rest of the year he painted from a studio he had built on top of his house.

Howey kept in contact with other members of the Staithes Group after they separated in 1909. He and Rowland Henry Hill would paint together in his studio, and he would visit Mark Senior in Runswick Bay on the North Yorkshire Coast. Howey would bring his son on these trips with him, inspiring him to become an artist like his father.

Robert Leslie Howey became a professional artist and like his father painted landscapes. He also made brightly coloured lino-cuts, a type of printing which was popular in the 1930s. He exhibited at Hartlepool’s old Art Gallery in 1949 and 1970. It was during these shows that the gallery bought some of his artworks and they became a part of Hartlepool’s art collection.

Paintings, drawings and lino-cuts made by John William Howey and Robert Leslie Howey are held by Hartlepool Art Gallery. Other pieces are kept at Preston Park Museum and Grounds.