The Life and Sketches of Joseph Parrott

Joseph Parrott’s life was filled with the pursuit of knowledge, in any subject which took his interest, and the desire to share that knowledge with those around him. He also completed many highly detailed sketches of Stockton, creating a snapshot of the town during the late Victorian period.

On the Quayside at Stockton-on-Tees, ink sketch by Joseph Parrott. Image courtesy of Preston Park Museum and Grounds.

Joseph Parrott was a man who had a thirst for knowledge. He had trained as a hairdresser from a young age in the 1850s, and his interests lay in the growth of human hair and skin at a microscopic level. While he applied this knowledge in how to dress hair professionally, he also turned his attention to educating others.

He went out of his way to learn more about any subject that caught his interest and delighted in sharing his knowledge through public lectures. He would write all his lectures by hand and present them in Middlesbrough, Stockton, and even further afield in Newcastle. Subjects included the history of Stockton, European countries, the lives of poets like Wordsworth and Dante, and Greek and Roman art. 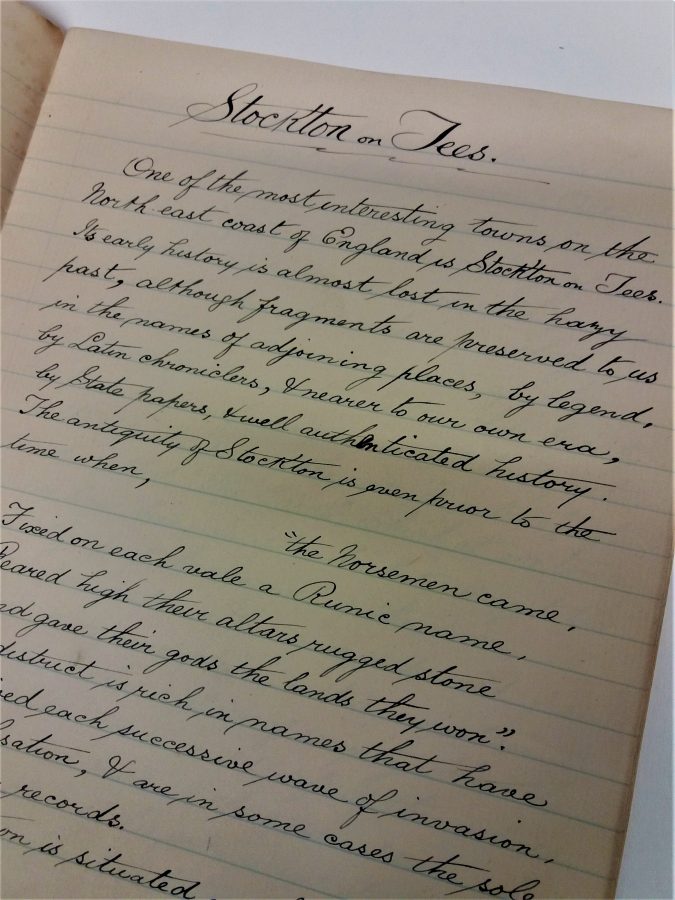 A lecture written on Stockton by Joseph Parrott. Image courtesy of Preston Park Museum and Grounds.

One of his many interests was art, and he often tried his hand at painting in oils and watercolour. It was in pen and ink drawings which he excelled, and around 1891 he published a small series of detailed ink sketches of Stockton.

Joseph Parrott's book of pen and ink sketches of Stockton. 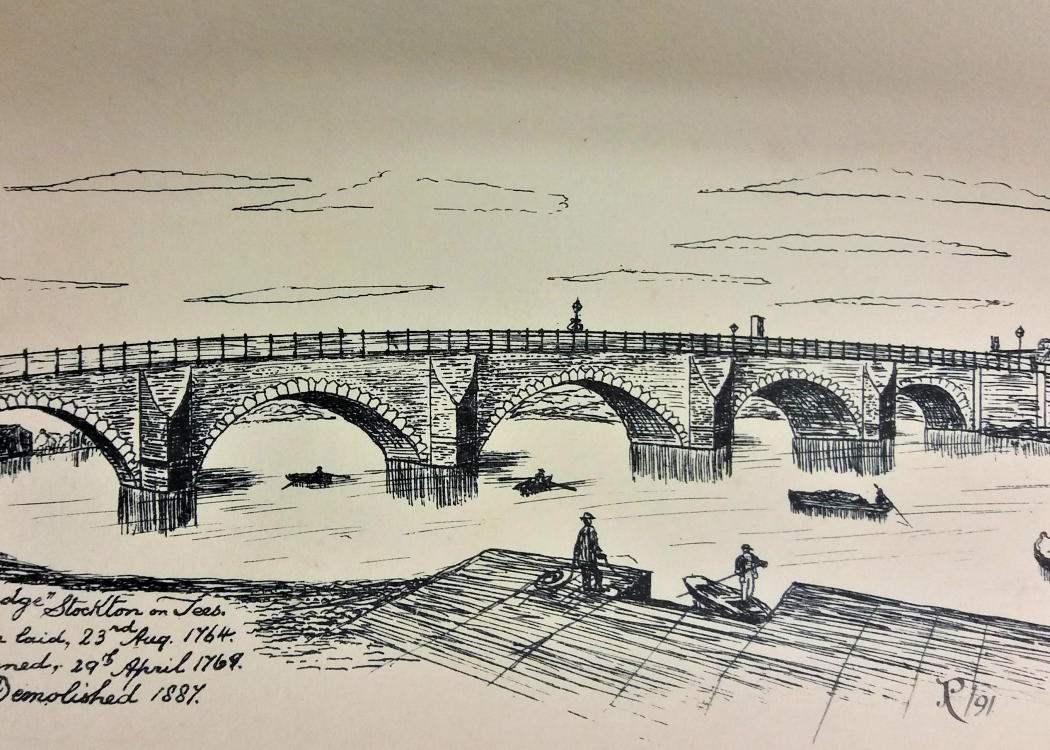 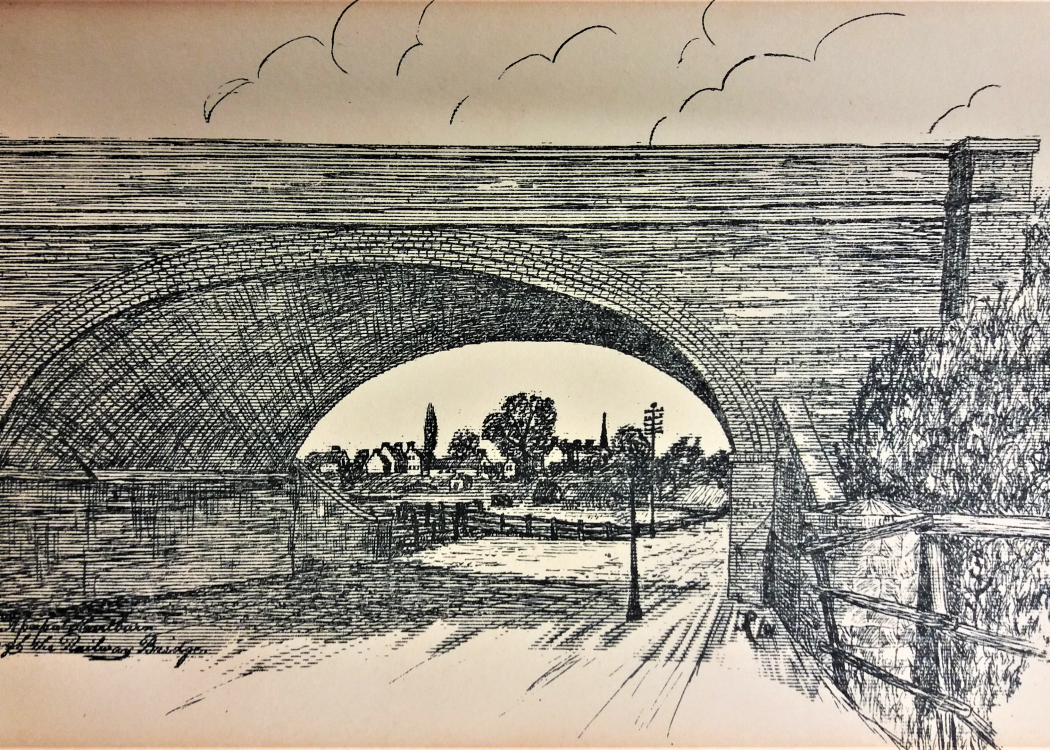 'A peep of Hartburn through the Railway Bridge' 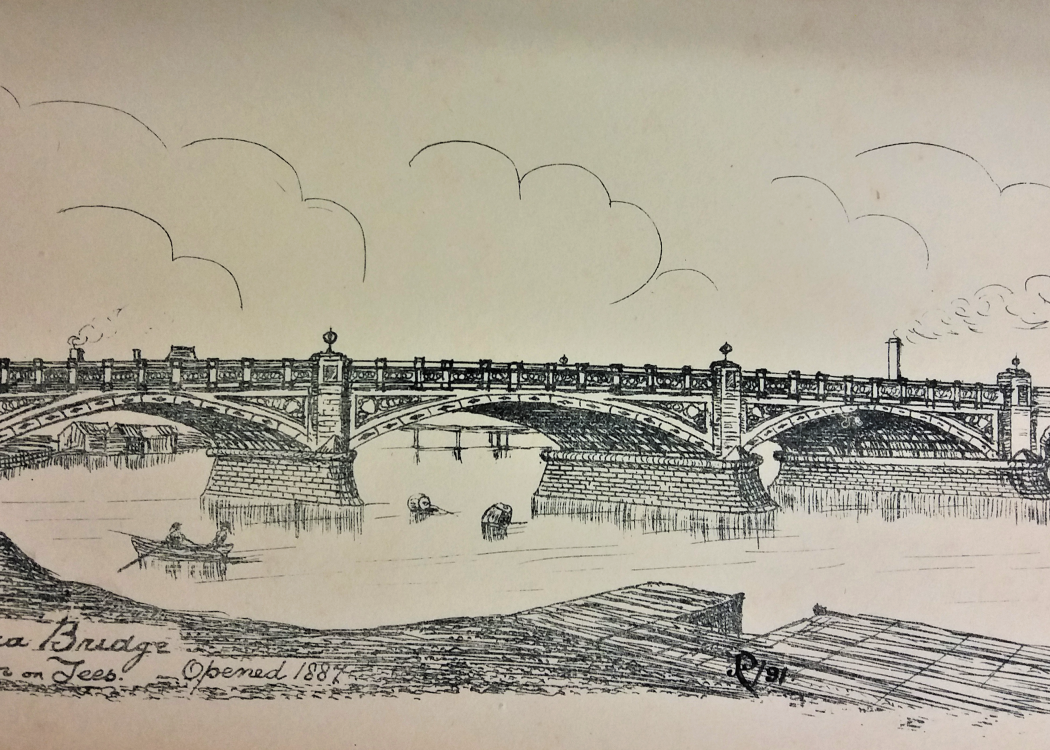 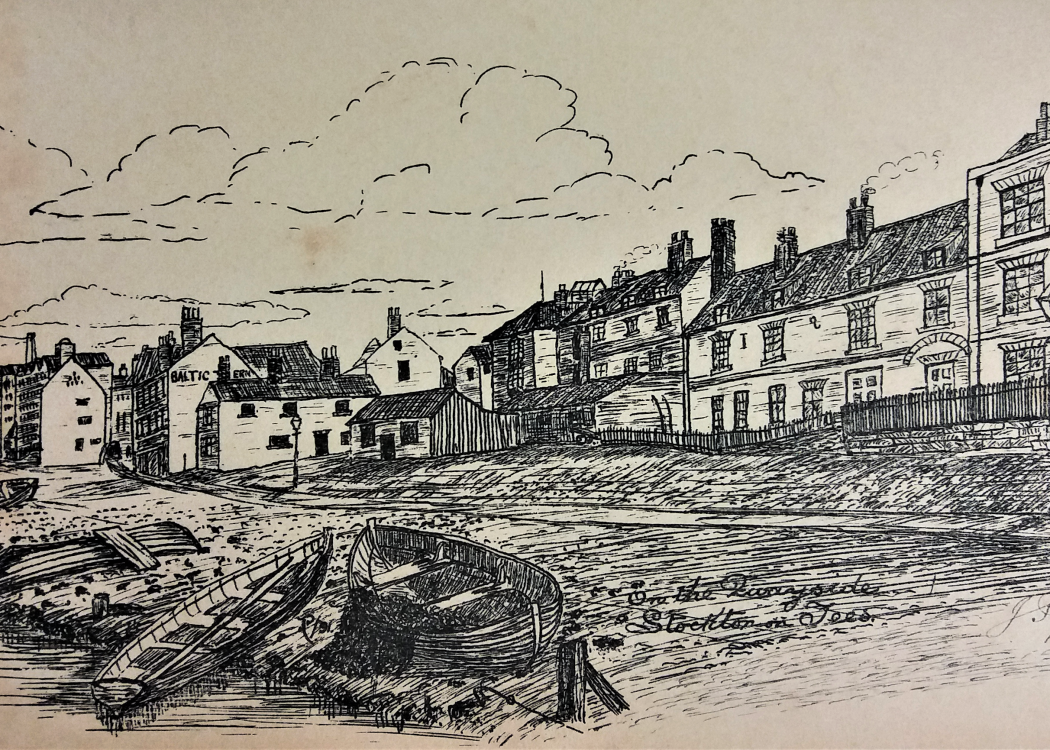 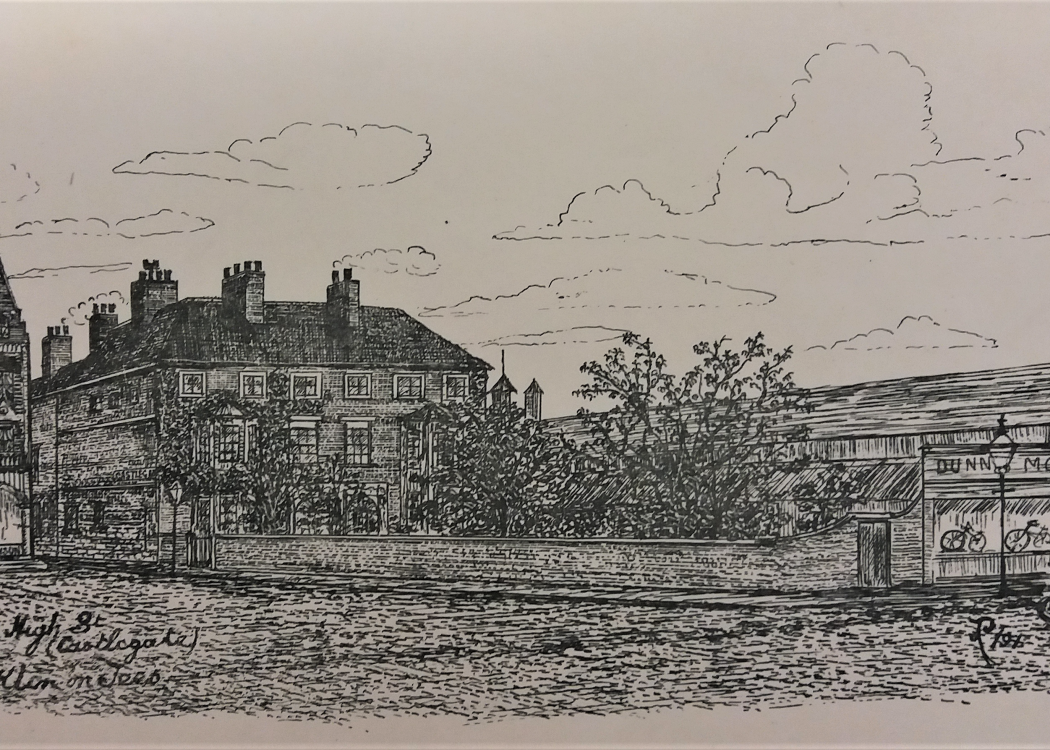 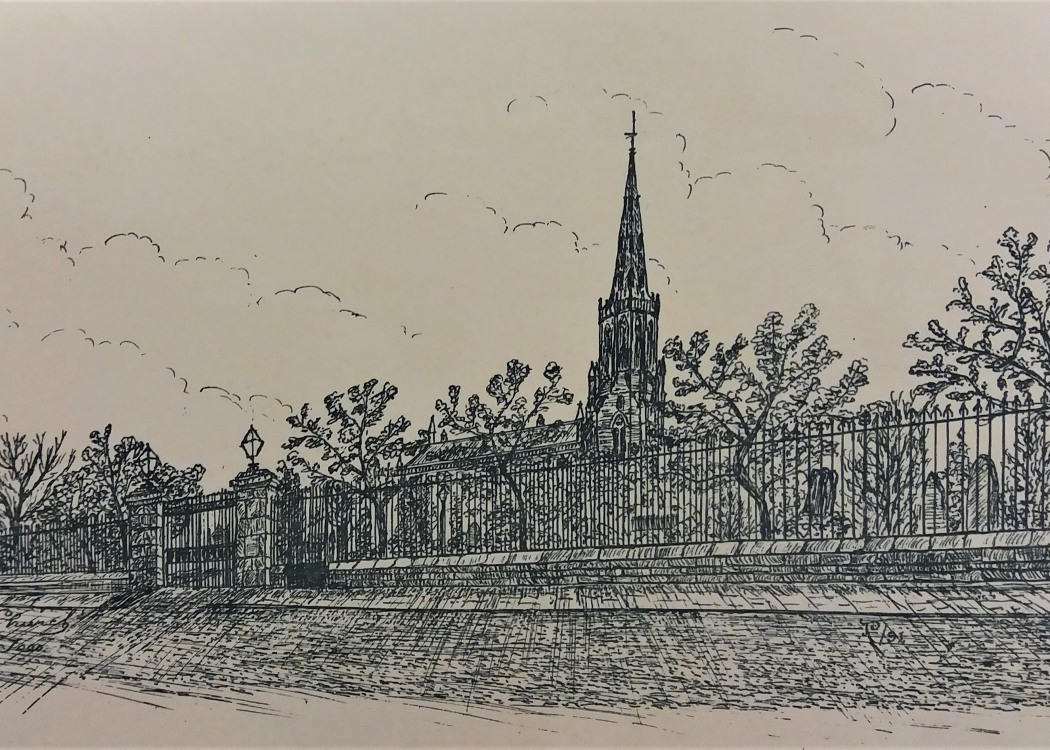 In 1895 Joseph presented a lecture which caught the public’s attention, titled ‘The light of former days, and how it was obtained’ at Stockton Borough Hall. He told the story of John Walker, the chemist from Stockton who had created the first friction match, but who seemed lost to history since he had not patented his product, while others were credited for creating the match. Joseph expressed his hope that a monument would be built in his honour.

While Joseph was unable to have a monument built to John Walker in his lifetime, he had helped in making the chemist and match maker more well known in Stockton. 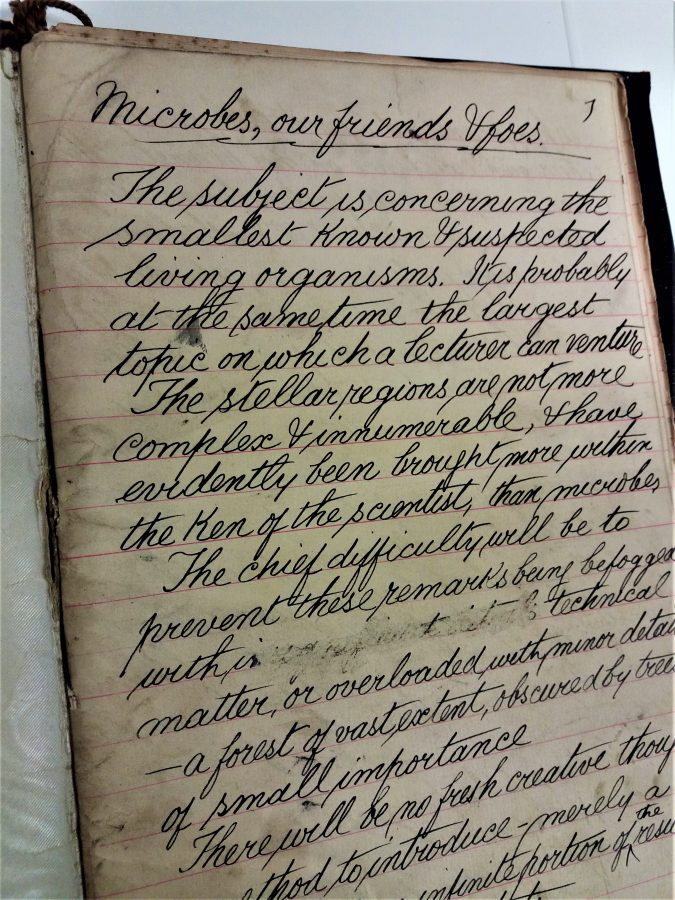 A lecture written on microbes by Joseph Parrott. Image courtesy of Preston Park Museum and Grounds.

Joseph was an active member of the Stockton Literary and Philosophical Institute, which had first opened in 1851. This was another venue where he could present his lectures, and where he established a new art section. His dedication led to him being elected a President of the Institute in 1908. He is also credited with opening the membership to women, with his wife Jane being the first to join. By the time of his death in 1911, the number of women who joined the Institute had grown to 150.