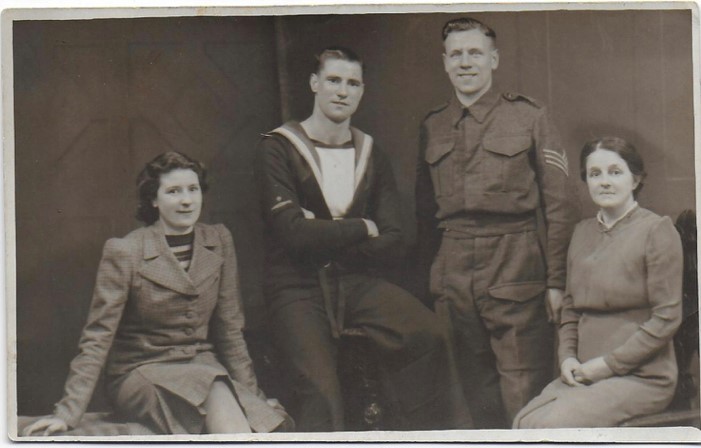 Fredrick Henry Mellanby was born in 1914 to a serving seaman, Frank Henry Mellanby and Isabel Sarah Cater. The family lived in Middlesbrough and later moved to Stockton-on-Tees. Fredrick didn’t follow his father to become a seaman, instead he secured a job as a Railway Clerk, a respectable position. 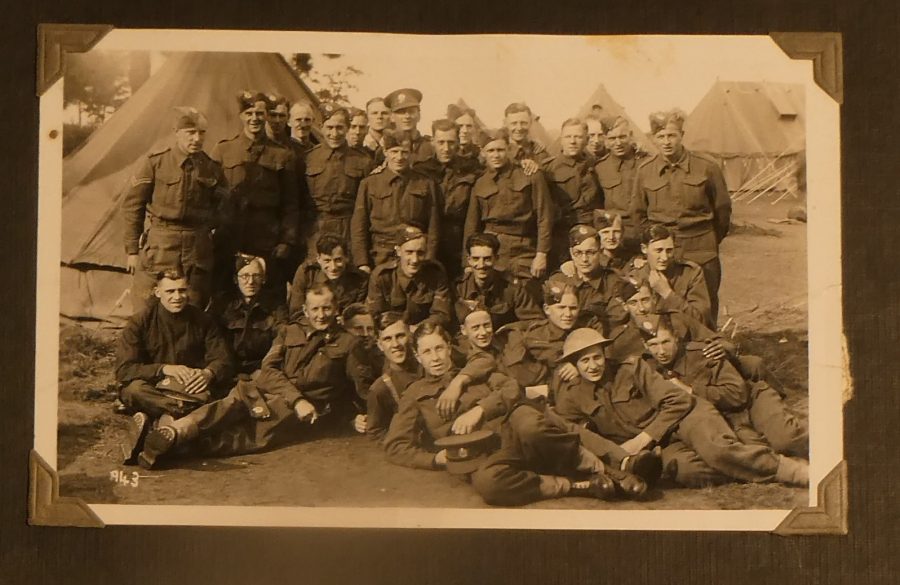 A large group of soldiers pose for a photograph. Fredrick Henry Mellanby kept this picture in his photo album. Perhaps he is in the picture or maybe he took it, we just don’t know. Image courtesy of Kirkleatham Museum and Grounds.

Fredrick Henry Mellanby married Ida Redman in 1941. During the war he joined the Royal Engineers and quickly rose to the rank of Major. We know he served overseas and was thought of highly by his seniors. He was released from active service in 1946. He and his wife had one son, who they named in honour of his brother Robert. Fredrick Henry led a long life, working as a civil servant, dying in 1998. 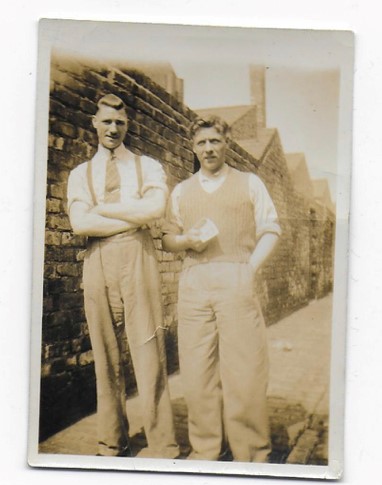 Fredrick and Robert standing together in a back lane. Image courtesy of Eric Robinson.

Fredrick’s army uniform, glasses and letters still survive and are kept in Kirkleatham Museum and Grounds.

Did you know the Mellanby bothers or there family? If so we would love to hear from you, please email teesvalleymuseums@stockton.gov.uk