The Price of Fashion 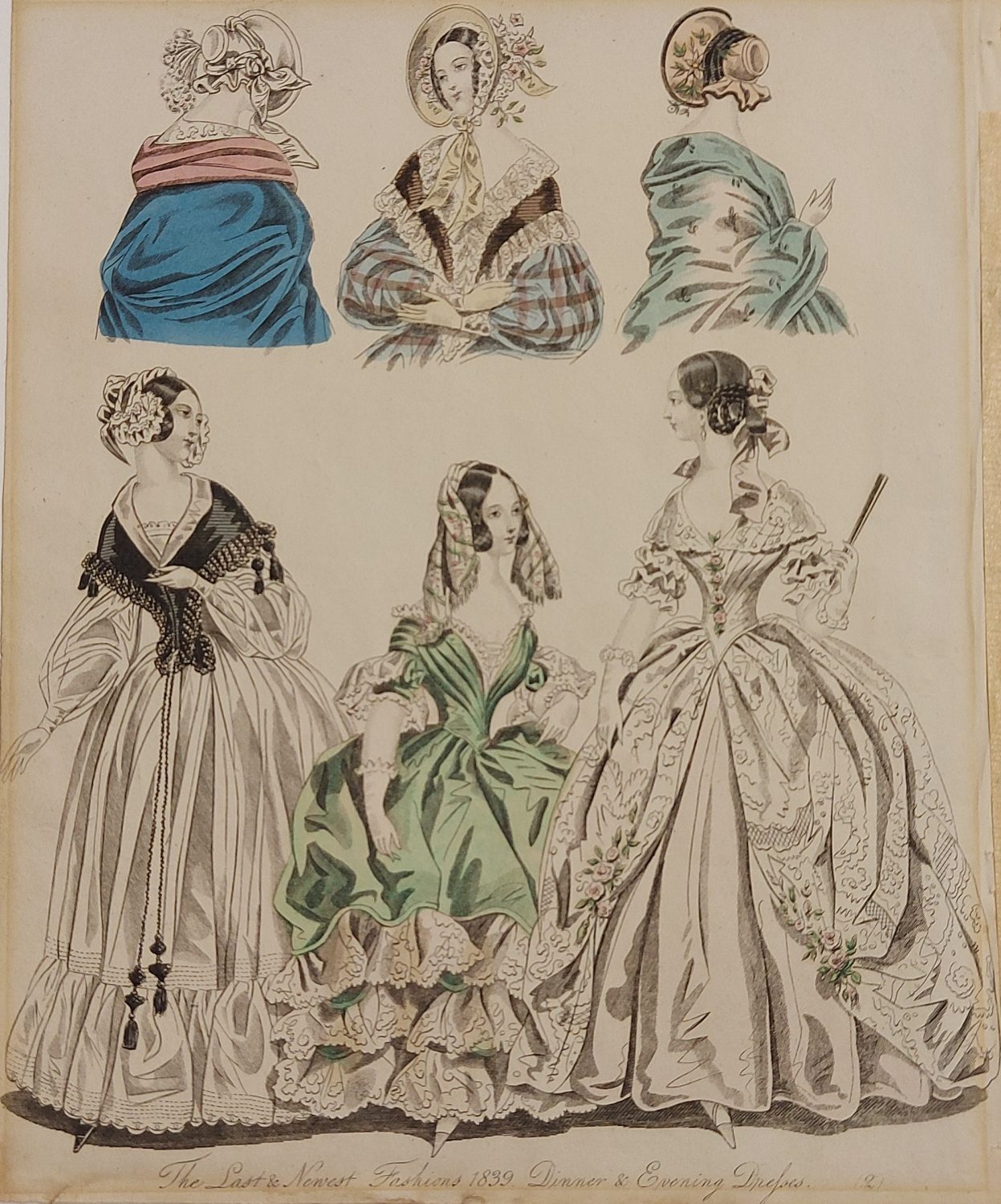 Arsenic was a wonder product of the Victorian age. It was produced in vast quantities and its deadly effects did nothing to diminish its popularity. Arsenic could be found in just about anything, but its greatest success was in its use in green dyes. Green was a difficult colour to produce and keep, until it was discovered that arsenic could create the brightest green dyes that lasted.

First found by Swedish chemist Carl Sheele, he used copper arsenite to create a bright green dye that was dubbed ‘Sheele green’ in 1775. By 1814 a German company used Sheeles discovery to produce a green colour so bright it became known as Emerald Green. The dye was an instant hit and quickly found its way into textiles used in making the most fashionable dresses of the day. 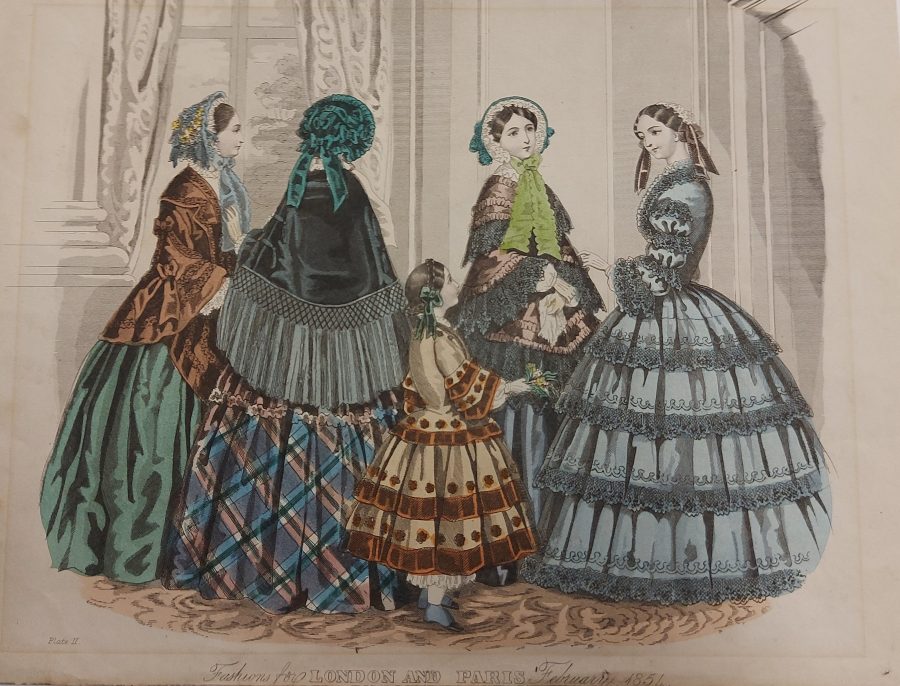 Various shades of green appear in this fashion plate from 1851. Image courtesy of Preston Park Museum and Grounds.

At the time Britain was slowly switching from candle to gas lighting and the emerald green looked stunning in this new light. New fashion plates where created showing this new colour in all the most up to date trends. Green was the ‘it’ colour at parties and balls up and down the country.

However, as we know arsenic is a toxic substance and it wasn’t long before women started reporting shocking symptoms from wearing these green textiles close to the skin. The British Medical Journal wrote that a woman who wears these arsenic green fashions “carries in her skirts poison enough to slay the whole of the admirers she may meet with in half a dozen ball-rooms.”

The dye in the fabric caused sores and ulcers to appear on the skin and sweating increased the release of arsenic from the dye and allowed it to sink into the blood stream. This caused the hair to fall out, vomiting of blood and the liver and kidneys to shut down.

Despite this, the dye was still in use and still as popular as ever in the late 1800s, with reports of arsenic poisoning appearing in the 1870’s. As bad as this exposure was, we can’t forget about the poor souls who made these dyes in factories. Life expectancy was short for these workers and many lost the use of their hands through the constant ulcers due to the arsenic exposure.

A 19-year-olf artificial flower maker who produced arsenic green flowers for the fashionable dress industry died a violent death after convulsing, foaming from the mouth and vomiting. When she died her hands where stained green and so where the whites of her eyes. A post-mortem confirmed death by arsenic poisoning. 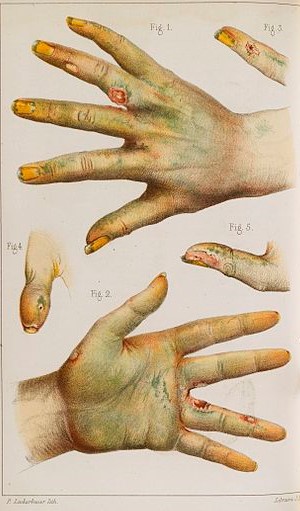 A drawing showing the effects of working with arsenic green dye, 1859. Image courtsey of the Wellcome Collection. CC.

Many museums across the country still have examples of Victorian dresses that are still emitting arsenic exposure to this day, but the green of these dresses are still as bright as ever! The large costume collection at Preston Park Museum and Grounds has been tested for the green arsenic dyes, which fortunately came back negative, which is good for the staff who work with them.