Preston Park Museum’s collection of printing press equipment carries with it a rich history of printing. This history spans as far back as ancient China and leads up to our present-day use of typing. 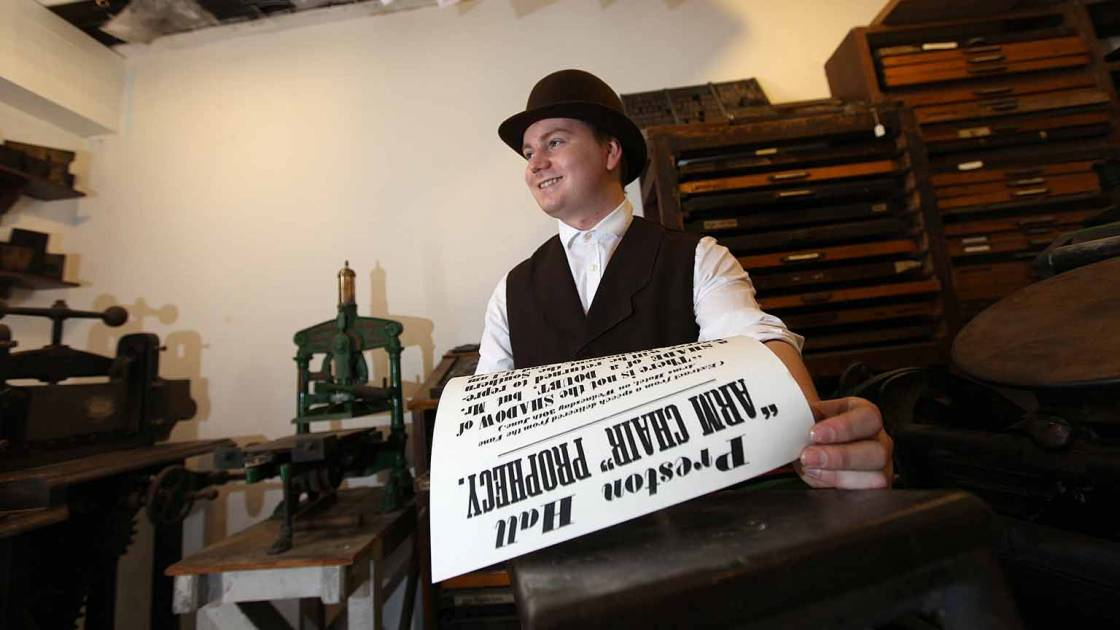 Nowadays it is easy to quickly type out an email for work or to a friend, and it can take minutes to print out a document from the Internet. It is hard to believe that the first inkjet printers were only developed in the 1980s. Before then it was a much more time consuming process.

No one is sure exactly when the first printing presses were developed. Movable type was invented in China and a Buddhist book by the name of The Diamond Sutra, dating from 868 AD in China, is believed to be the oldest known printed book.

The man who introduced printing to Europe was Johannes Gutenberg. In 1439 he designed his own printing press based on wine and olive oil presses and his own typeface. He also created one of the first oil-based inks, more durable than the previously used water-based inks, and trialled colour printing when he was commissioned to print the Bible.

Most printing involved arranging individual printing type (also known as ‘sorts’) and metal spacing (called ‘furniture’) into a metal frame (a ‘chase’), and this was called a forme. Once the forme was set, it was covered in ink, paper placed over it and then pressed. Often the ink needed to be re-applied for the next page, to make accurate copies.

Many well-known expressions in the English language have come from printing, this includes “cut to the chase”, “out of sorts” and “hot off the press”.

As the printing process evolved, blocks of full text, designs and patterns and even pictures were developed. The blocks in Preston Park Museum’s collection may have been used in newspapers, official documents and planning applications. There was also a range of printing available, from simple designs to highly detailed images.

While the old printing process is no longer a suitable way of creating newspaper articles and books, the old ways are still appreciated by artists and are used to make lithographs and lino cuts, each one personally crafted.