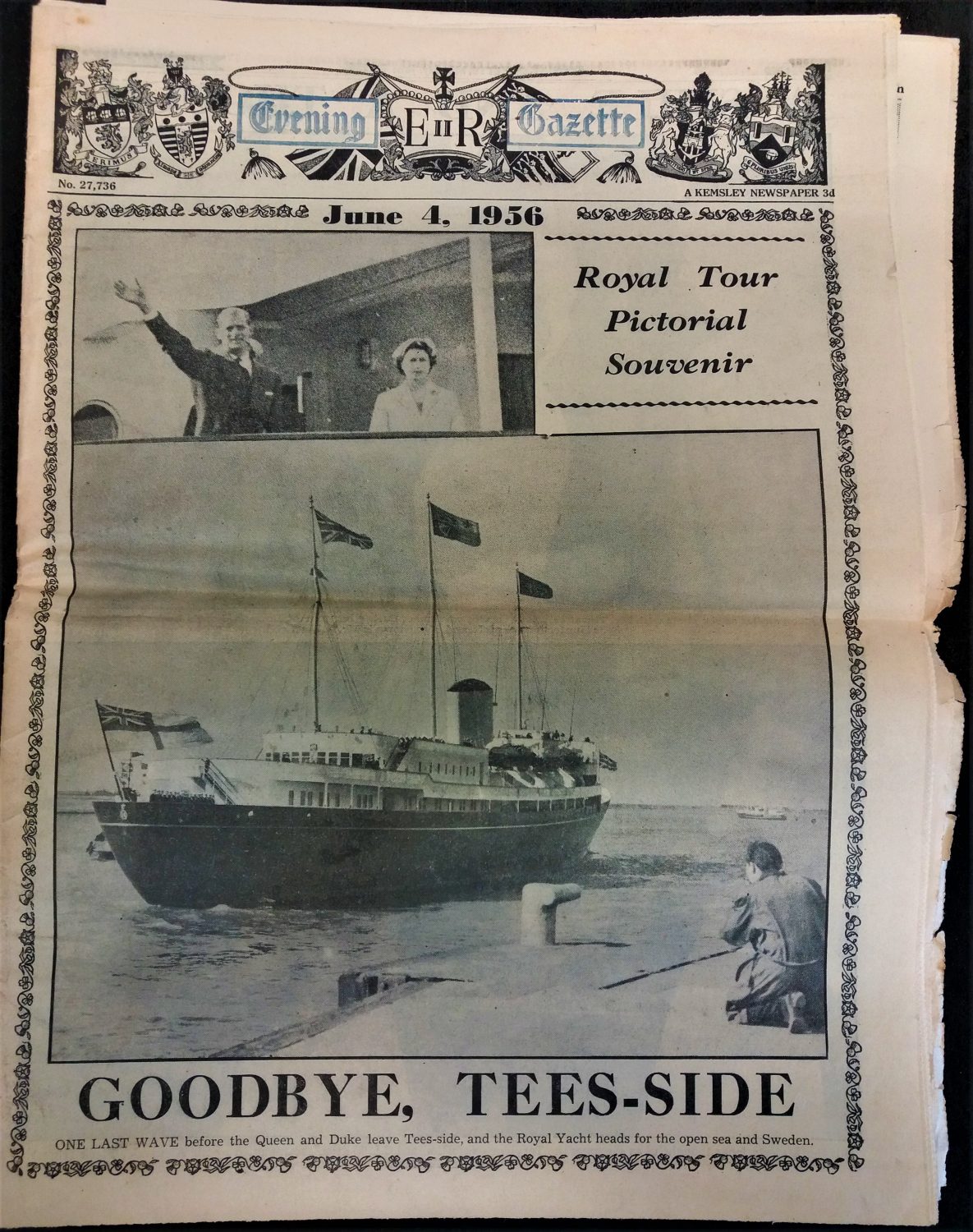 On Monday 4th June 1956, almost three years after her Coronation, Queen Elizabeth II and the Duke of Edinburgh arrived in Stockton by train. They were both driven through Stockton High Street and Norton on their way to a series of Royal engagements, starting at Stockton Racecourse.

For many this visit was a once-in-a-lifetime opportunity to see the Queen and crowds of people armed with small Union Jack flags lined the streets. The teachers at Norton Board School had put their students through a week of synchronized flag waving in preparation for her visit. However, many children who remember the day and who had been ushered out of school to see the Queen drive past were ultimately disappointed – the Rolls Royce drove by too quickly and the crowds had made it hard to see her. 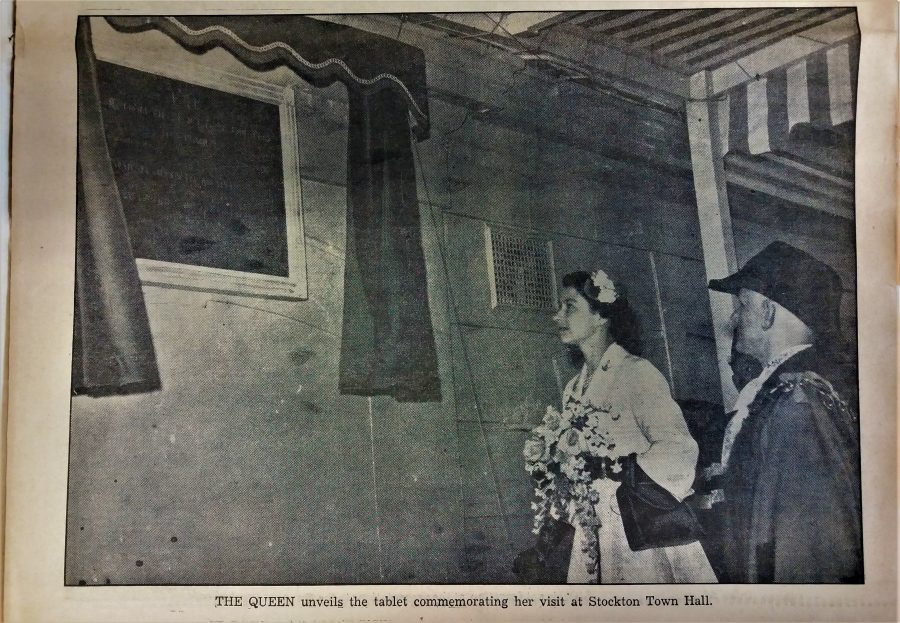 At Stockton Racecourse they inspected the members of the 1st Battalion Loyal (North Lancashire) Regiment. For the three weeks prior to this parade, the battalion, made up of 1,000 men, had practiced marching on grass. Queen Elizabeth and Prince Philip then went to Stockton Town Hall to unveil a plaque to commemorate her visit, then had lunch with the Mayor and Lady Mayoress. 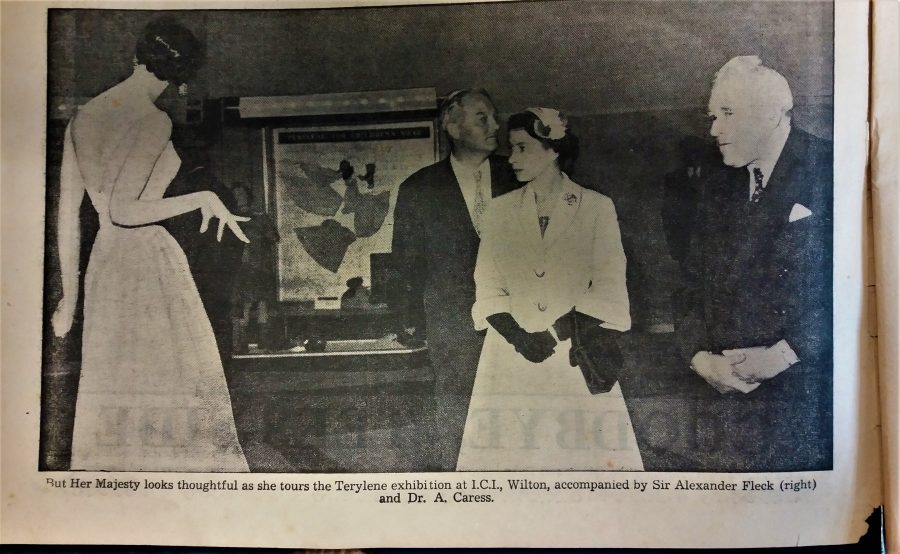 After visiting Middlesbrough Town Hall, the Queen and Prince Philip were driven to ICI Wilton to tour the Staple Fibre plant and the Terylene exhibition. While on site they were escorted by Sir Alexander Fleck, a chairman of the board for ICI.

They then made the final stop of their tour at Dorman Long’s Lackenby Works. Over 4,000 employees and their wives had turned out to greet them and to see them unveil a plaque on one of the works towers. Once all the Royal engagements had been completed, the Queen and Prince Philip were driven to Teesport where they boarded the Royal Yacht Britannia to take them to Stockholm in Sweden. 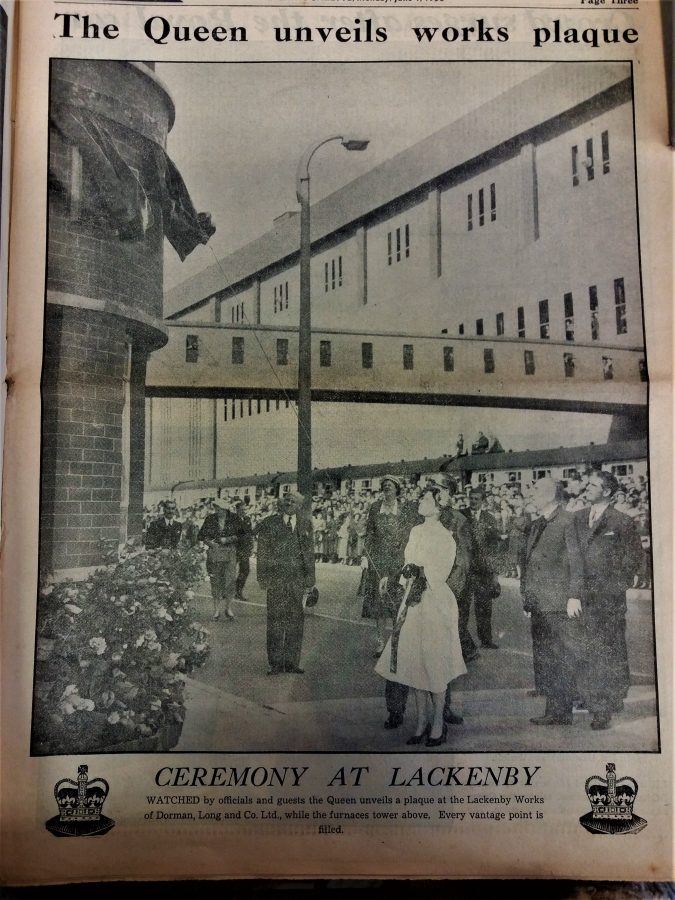