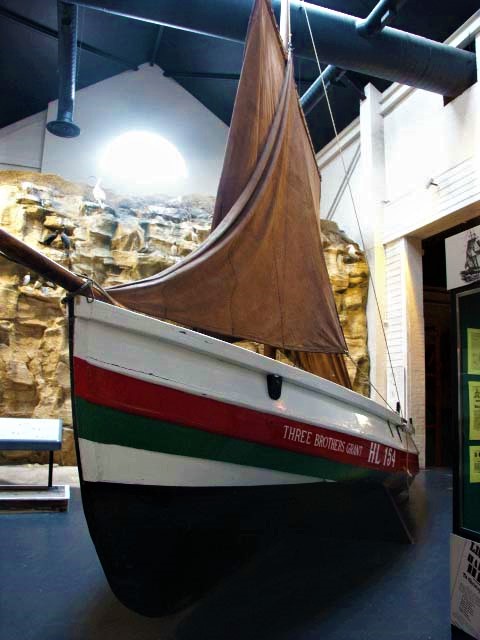 The Three Brothers Grant was built in 1921 by John and James Harrison of Amble, Northumberland. The brothers had started their own company in 1870, known as J. & J Harrison, and made many cobles for the small fishing towns which lined the North East coast. The Three Brothers Grant was also among the first cobles they built with fitted motors as well as a full set of sails.

Cobles are a traditional type of fishing boat and have a history of first being developed on the North East coast. They are known for their distinctive shape and for being able to cope in harsher weather conditions. There is some debate as to the origin of the coble’s design, since they appear to be influenced by similar boats of Norse or Dutch design.

Cobles are also among some of the earliest types of boats to be used and referred to in English history. The earliest known record of the word ‘coble’ being used was during the 8th century in the Lindisfarne Gospels. 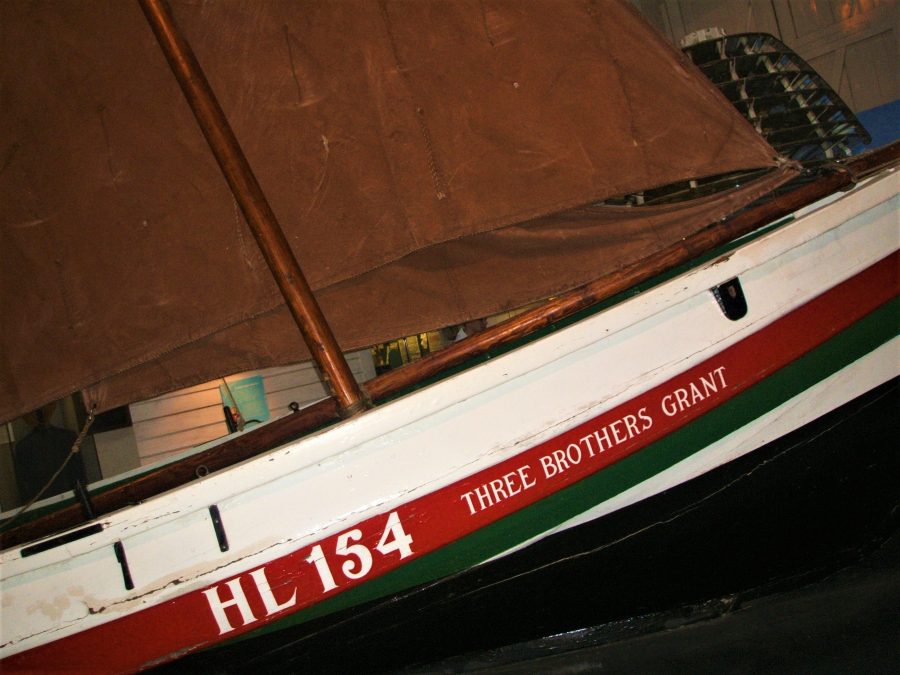 The Three Brothers Grant had been built for John Mills ‘Jack’ Grant of Newbiggin. After working much of his life as a coal miner, at the age of 47 Grant took on a new job as a fisherman. The coble served Grant well and was sold on to other fishermen based in Sunderland and South Shields.

In the 1960s the Three Brothers Grant was bought by Brian Snowden, his brother, John, and their friend John Pattison. The coble was moored at Hartlepool, had a cabin fitted and was renamed the Tres Amigos. Brian’s children recounted many happy memories sailing and fishing off the coast of Hartlepool, until 1978 when the coble had to be sold after it proved too costly to maintain.

The coble was donated to the Museum of Hartlepool in 1982. It was renovated and restored to its original name of Three Brothers Grant and remains a popular exhibit in the museum today.