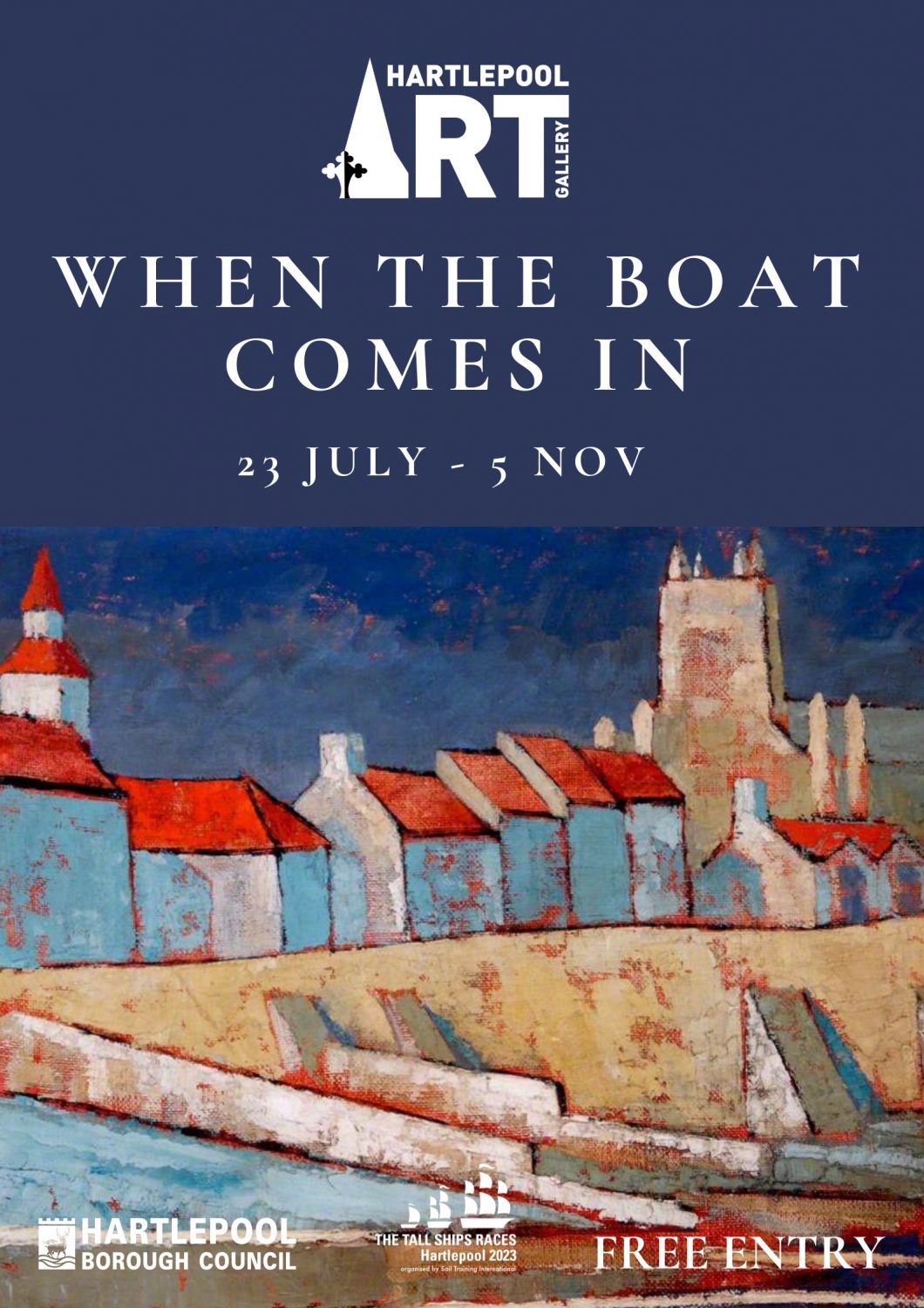 When the Boat Comes In exhibition poster for Hartlepool Art Gallery.

Britain’s coast has a long maritime history that has inspired many artists to capture the raw power of the sea, the impressive scale of the ships that sailed it, and the lives of the communities that lived in the villages lining the coast. As Hartlepool looks towards the Tall Ships Races in 2023, the Art Gallery celebrates and reflects this history with When the Boat Comes In, an exhibition of the maritime painting collection. 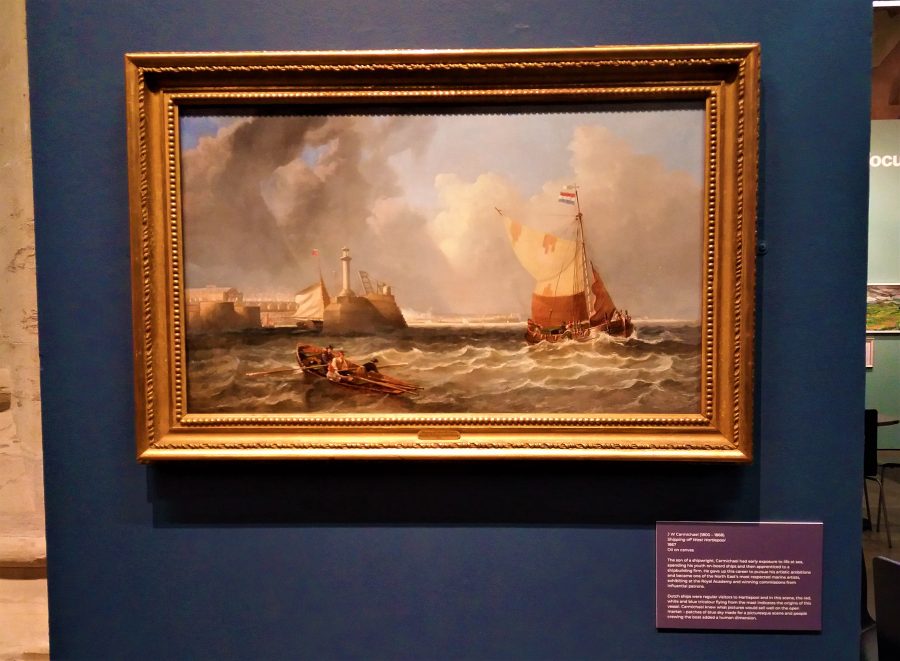 Some of the main features of the exhibition are the shipping scenes taking place at Hartlepool, including J W Carmichael’s ‘Shipping off West Hartlepool’. Many of the artists featured spent their early lives working on the sea before they decided to become artists – but the sea always remained an inspiration for their art. 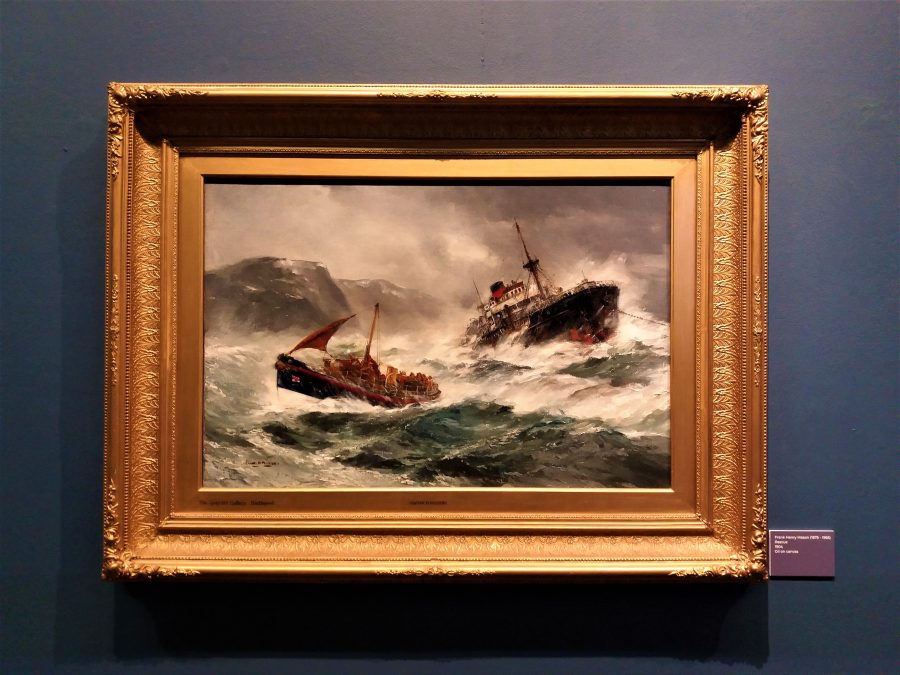 Frank Henry Mason, who was born at Seaton Carew in 1875, is among these artists – painting was a hobby during his work as a marine engineer, but by the time he had painted ‘Rescue’ in 1904, he was already a full-time artist.

Another stand-out piece is ‘Youth’ by Charles Napier Hemy, inspired by his son’s yacht racing in his hometown of Falmouth. Hemy had his sons sail past his cabin on the coast while making studies for this oil on canvas piece. 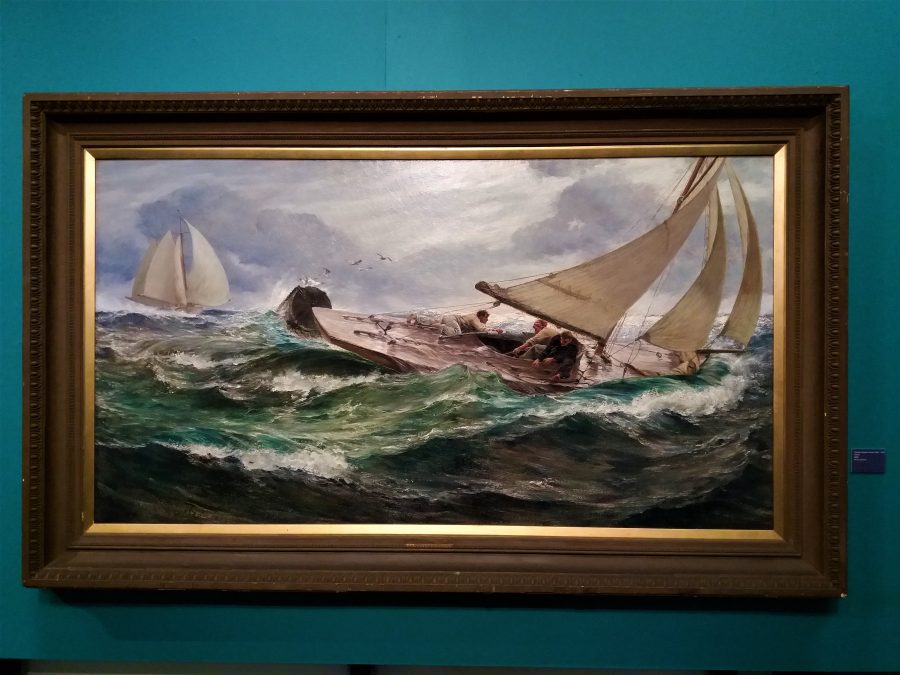 The Apse Gallery displays artworks of the fishing community, including etchings of the working population of Hartlepool, full portraits of fishermen, and watercolour and oil pictures of the Old Fish Quay. The Quay proved to be very popular in it’s day, closing in 1909 only 50 years after it had opened as it was unable to keep up with the demand. 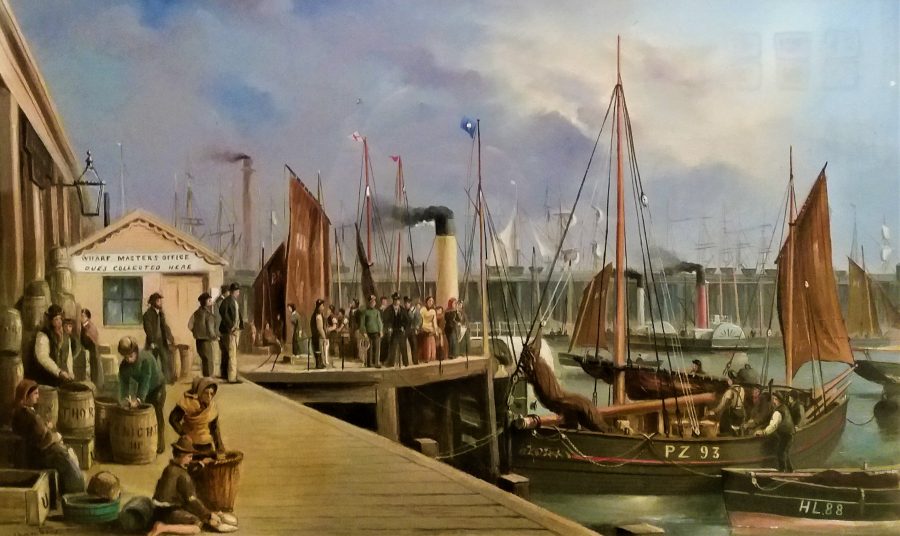 When the Boat Comes In is on display at Hartlepool Art Gallery from 23rd July to 5th November. For information on how to visit please see here. 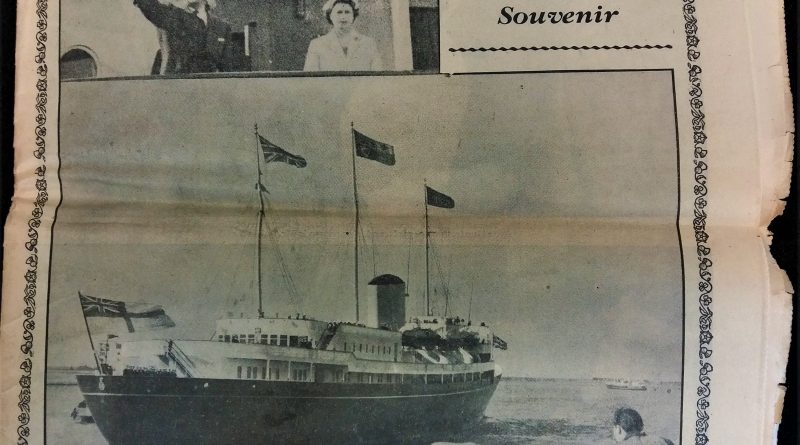