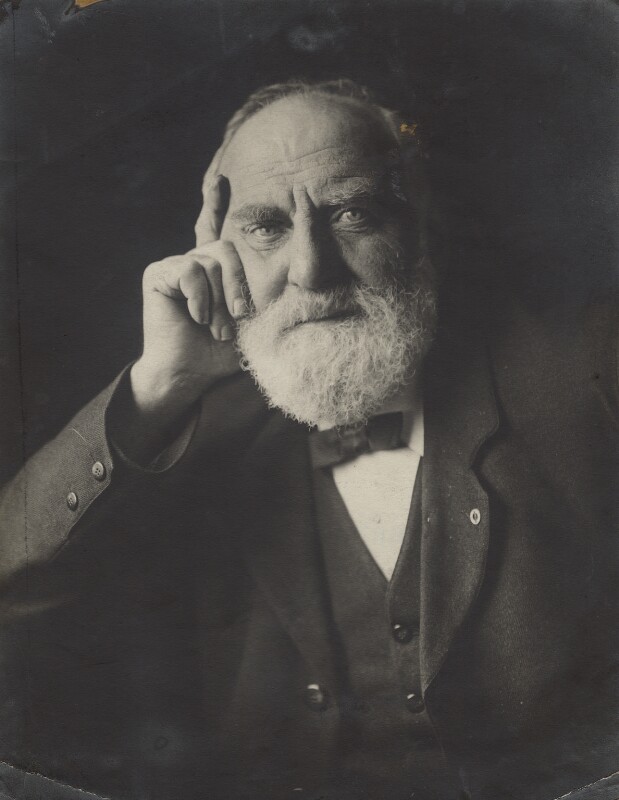 Born in Northumberland in 1849, William Thomas Stead was 22 years old when he became Editor of the Northern Echo in 1871.

Stead pioneered many new journalism techniques, including New Journalism, Investigative Journalism and the interview. He was the first person to understand that the media can be used as a weapon and he frequently attacked political and social causes in his paper. 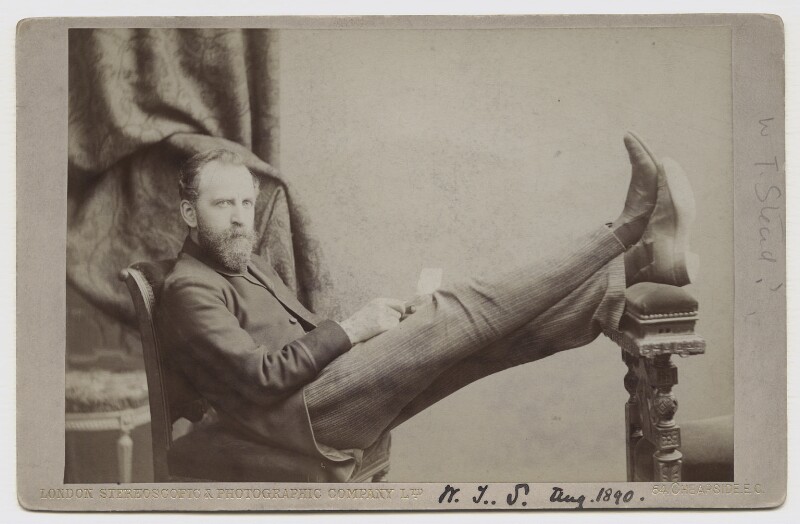 In the 1880s he went to London and worked as editor of the Pall Mall Gazette. He was known to be a forceful man, overbearing in his opinions and his self-assurance. However, it was in the fight against child prostitution that made him a household name. Stead had no quarrel with the prostitute herself. His fight was with the rich men, who financed the industry.

When a Bill that could raise the age of consent from 13 to 16 was defeated for the third time in Parliament, Stead knew he had to take action. He used his contacts to meet with prostitutes, madams of brothels, policemen and those in the business of procuring girls for sale. Over a series of several weeks he began publishing his reports in the Pall Mall Gazette. He called it ‘The Maiden Tribute to Modern Babylon’. 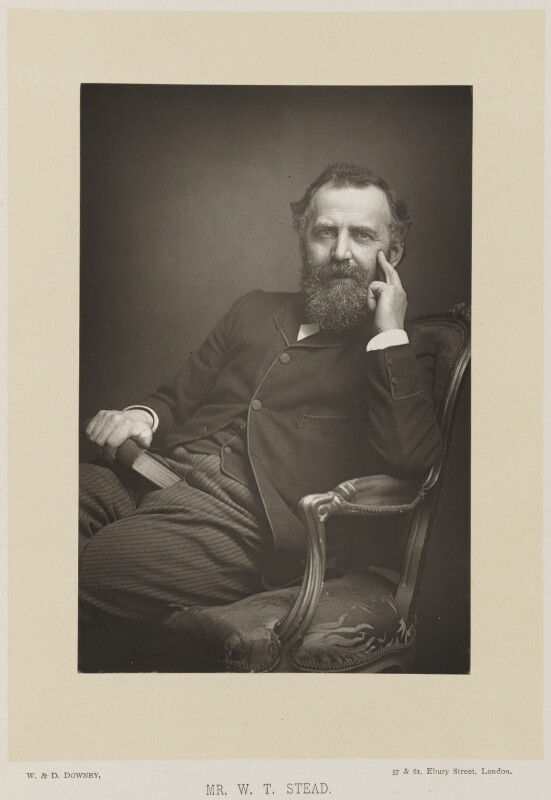 ‘It ought to raise hell, but it doesn’t even raise the neighbours.’– Police Detective to William T Stead, 1885. Image courtesy of the National Portrait Gallery.

What he had found shocked the world. Girls as young as thirteen were being kidnapped, lured away or sold by their parents into prostitution. Once in the system they would not be able to leave, shame would keep them bound to their attackers and many became almost institutionalized, finding it hard to break the chain.

It was a flourishing business that stretched all over the country and many young girls were trafficked to Europe for the same procurement. This was happening under the noses of many ‘respectable’ people who were, in theory, there to help. Police constables and detectives knew what was happening but it was very hard to get a conviction. The age of consent was thirteen and it was difficult to prove these girls weren’t there on their own account. 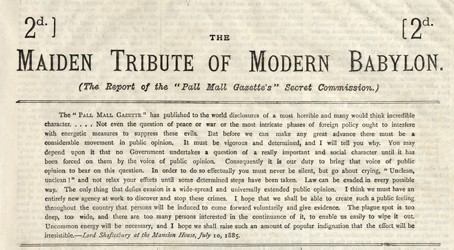 To prove how easy it was to buy a girl Stead handed over £5 for a 13 year old girl called Eliza Armstrong, whose mother was an supposed alcoholic. Stead took Armstrong to Europe where she was cared for by friends.
His revelations caused a backlash from the public who demanded reform. The Criminal Law Amendment Act was finally passed in 1885 and Stead became the first to be arrested under the new powers of the act.

Scandalised by his report, Eliza Armstrong’s father prosecuted Stead, claiming he didn’t have his consent to take his daughter away. Despite the difference in circumstances (Stead a rich man by this point, Eliza’s father a chimney sweep) the law was in favour of Eliza’s father. Stead went to prison for 6 months. 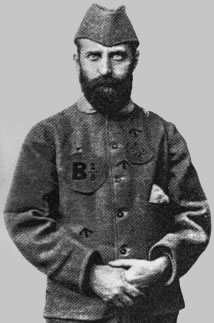 William Stead in his prison garb.

Stead was nominated for many Nobel Peace Prizes for his campaigning work. In 1912 everyone thought it was going to be his year and he boarded the ill-fated Titanic to sail across the Atlantic to the ceremony.