In this article we take a look at women’s football and how it found fame during the First World War. 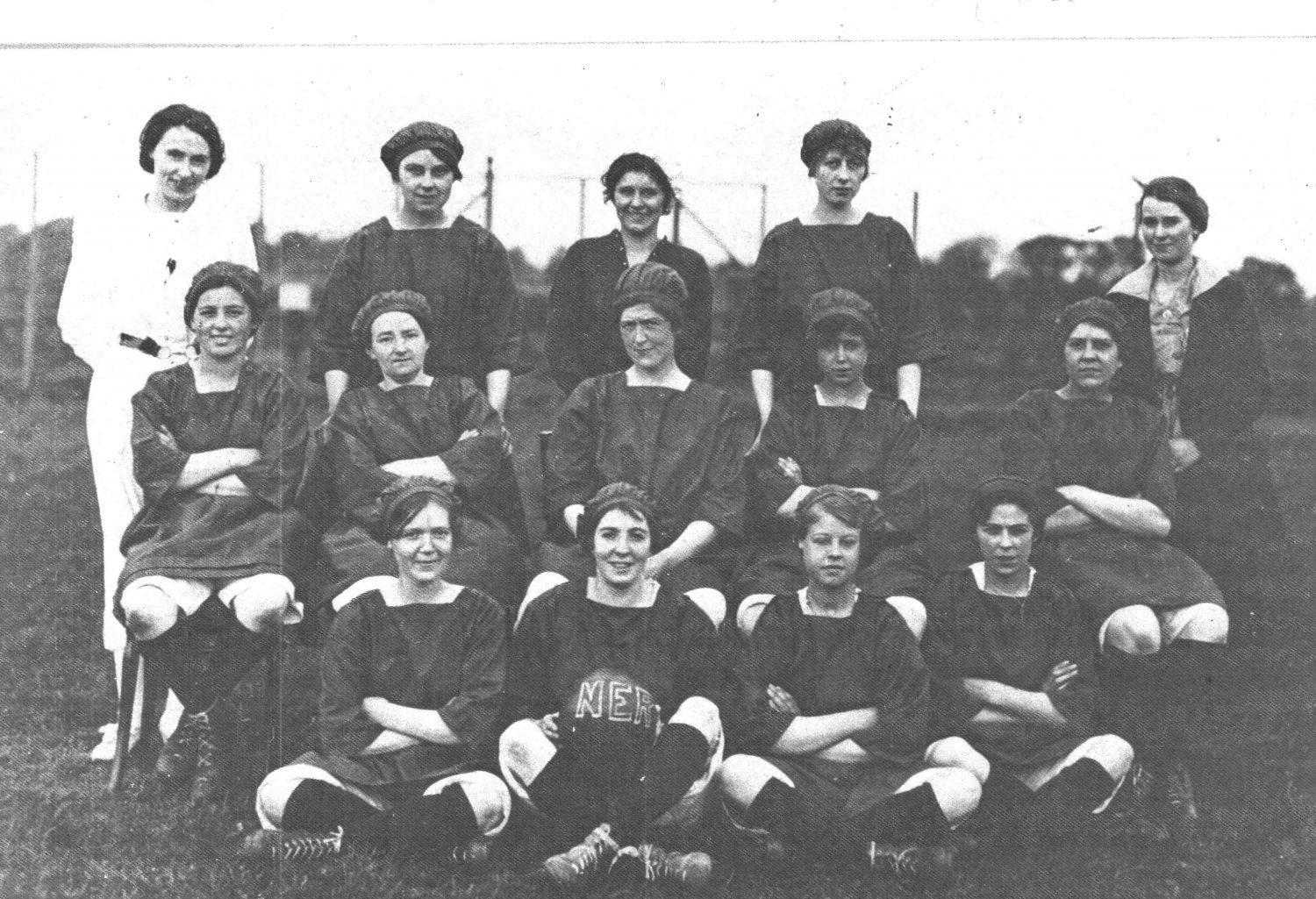 In 1915, women entered North Road Locomotive Works for the first time to do manual jobs. They created shell cartridges that would be used on the Western Front. The works employed over 1,000 women who were working with machinery and tools they had previously been barred from because of their ‘delicate’ gender. Women were experiencing new freedoms doing munitions work.

They worked hard and played hard too. During breaks women would kick around a football, playing against each other for fun. This developed into women’s football teams and the sport became incredibly popular with the munitionettes. Their attire for work was shocking for the time with trousers under raised skirts, however for the pitch women wore knickerbockers (like shorts), exposing bare knees, long thick socks and coloured jerseys.

Although shocking, women’s football was mainly accepted by most people and they drew crowds of thousands to watch their games. They played to raise money for the war effort and later for charities.
Other industries in Darlington, like Rise Carr Rolling Mills, also took up the sport and the first recorded match was between them and the Railway Athletic Club. Rise Carr won 3-1 with Sarah Hooper scoring twice. Hooper was the backbone of the team and two of her brothers played for professional teams.

The second match of women’s football played in Darlington was a week later on October 6th 1917 and pitched the North Eastern Railway munitions girls against a team of wounded soldiers recuperating in a local V.A.D hospital. The game was played for charity and the men played with their hands tied behind their backs to give the girls a fair advantage. The men won 7-6.

Opinions on women’s football varied dramatically. The Medical Journal and many doctors condemned women’s involvement in the sport claiming it to be reckless exposure to violence of delicate organs. Some even went as far to say it was dangerous to their health, female bodies were not made for physical exercise.
Others though, like Prime Minister David Lloyd George, encouraged the girls to play as it boosted war time morale. In Darlington though, the Evening Dispatch received some unkind letters about the girls playing football. 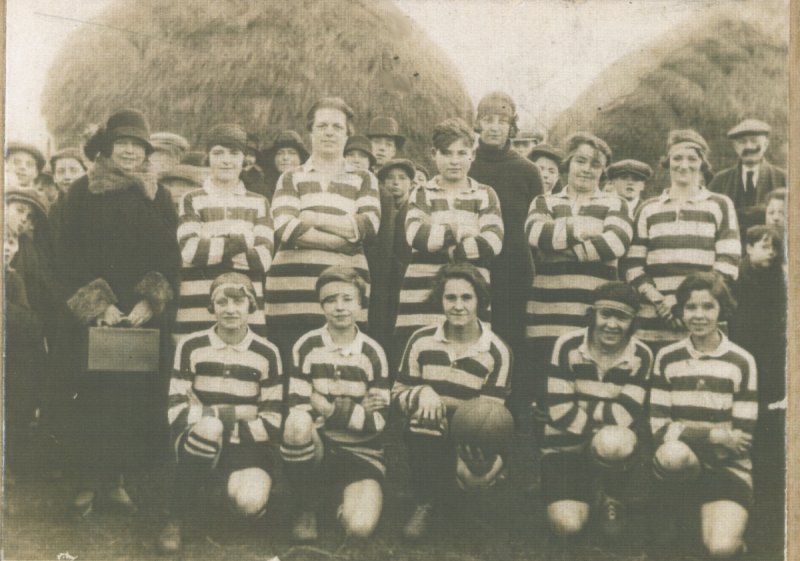 Old footballs were made of animal bladders covered in leather or early forms of plastic. They were incredibly heavy to kick around. Many players sustained serious injuries from these footballs including brain damage. 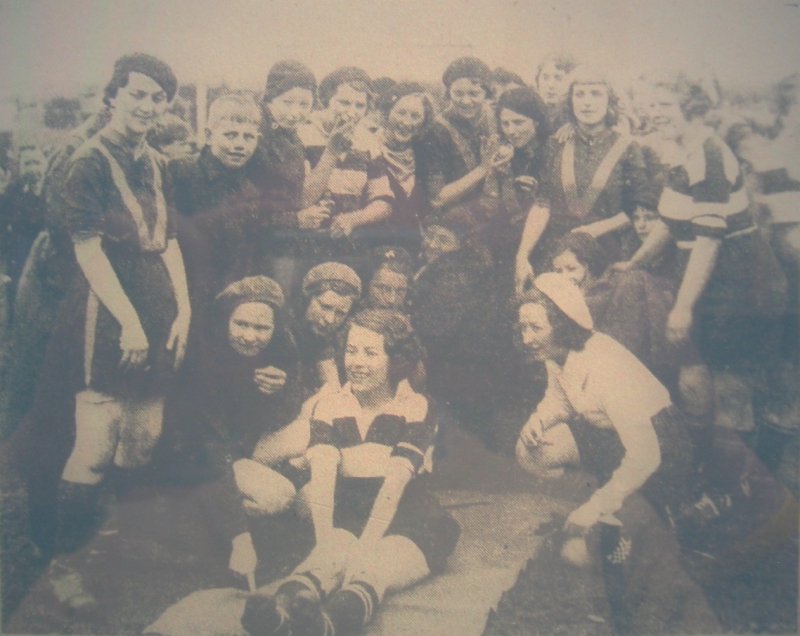 ‘On wet days the ball grew increasingly heavy as the leather soaked up large amounts of liquid. This, together with the lacing that protected the valve of the bladder, made heading the ball not only unpleasant but also painful and dangerous.’

After the war women’s football in Darlington fizzled out and wasn’t picked up again until 1927 when Lily Galloway formed a team to raise money for the Miners Boot Fund. Initially the team was slow to get going but it attracted back stars like Sarah Hooper to the game.

The girls became known as the Quaker Ladies (after the Darlington Quaker FC whose stripes they wore) and by the 1930s were playing high profile matches. Including one against the Terry’s Chocolate Girls where 4,000 people turned out to watch the game.