As part of Women’s History Month, we are telling the stories of the many women who worked for the North Eastern Railway and kept the Service running during a dark time in England’s history.

Upon the outbreak of the First World War, men across England were called up to fight, and many women were employed in their place.

At first there was resistance from many employers who did not want to employ women in job roles which were seen as ‘men’s work’. But with the introduction of conscription in 1916, there was more of an urgent need for women workers.

Many jobs needed to be filled, including manufacturing, agriculture, banking, police work, and in this case, transport. 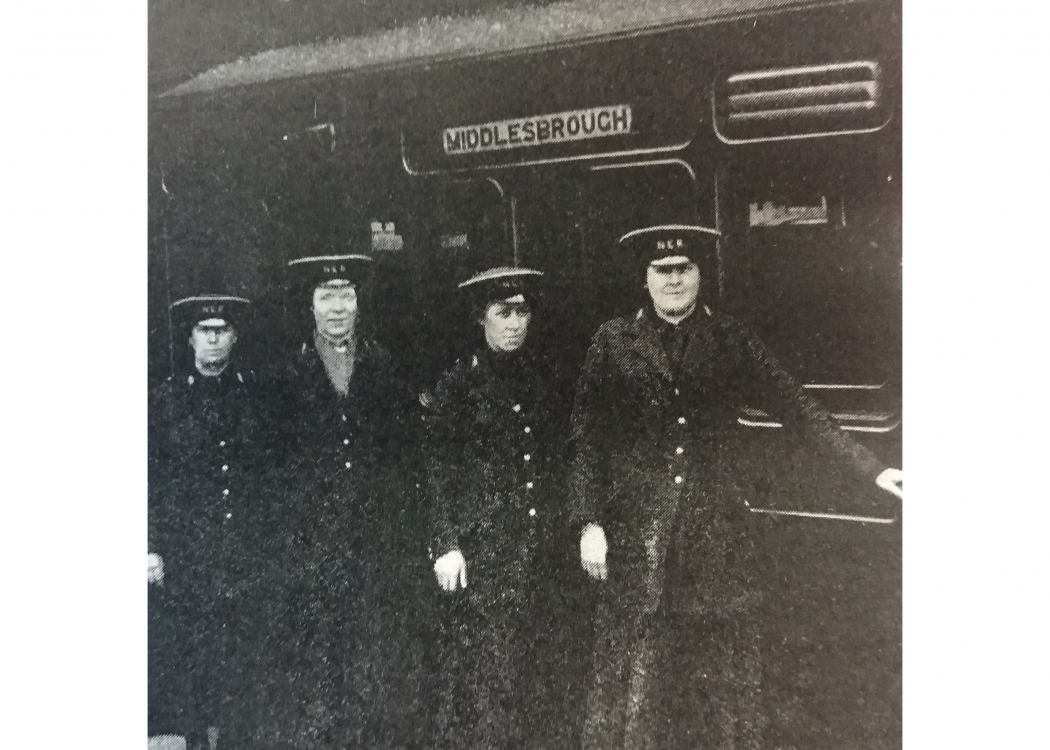 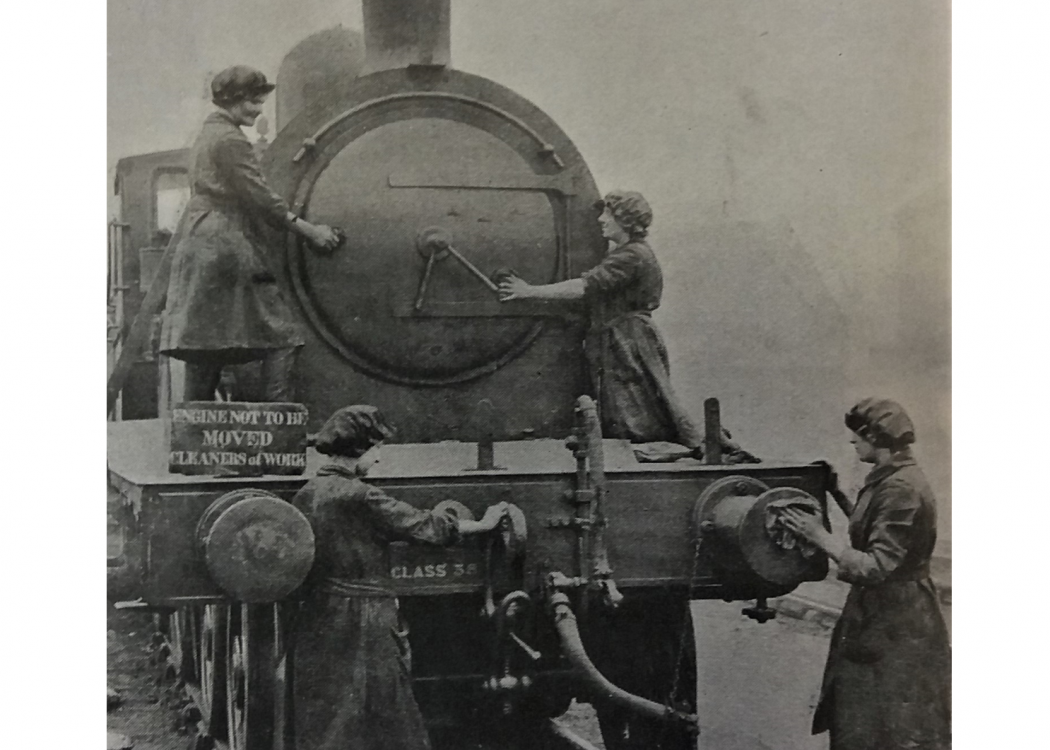 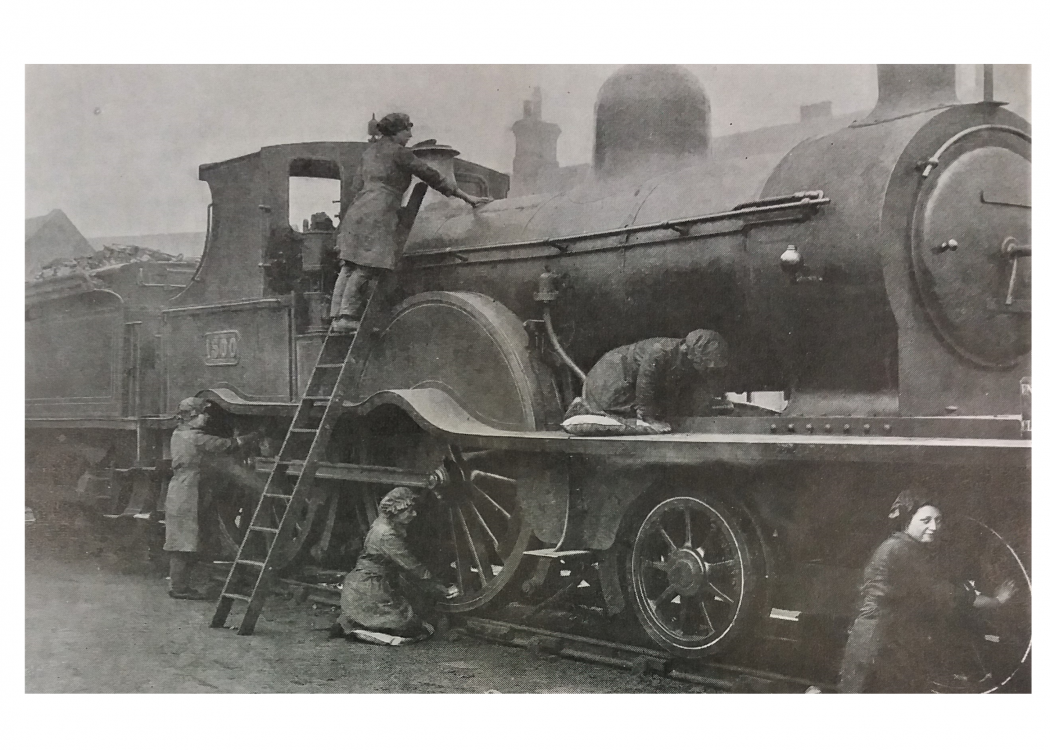 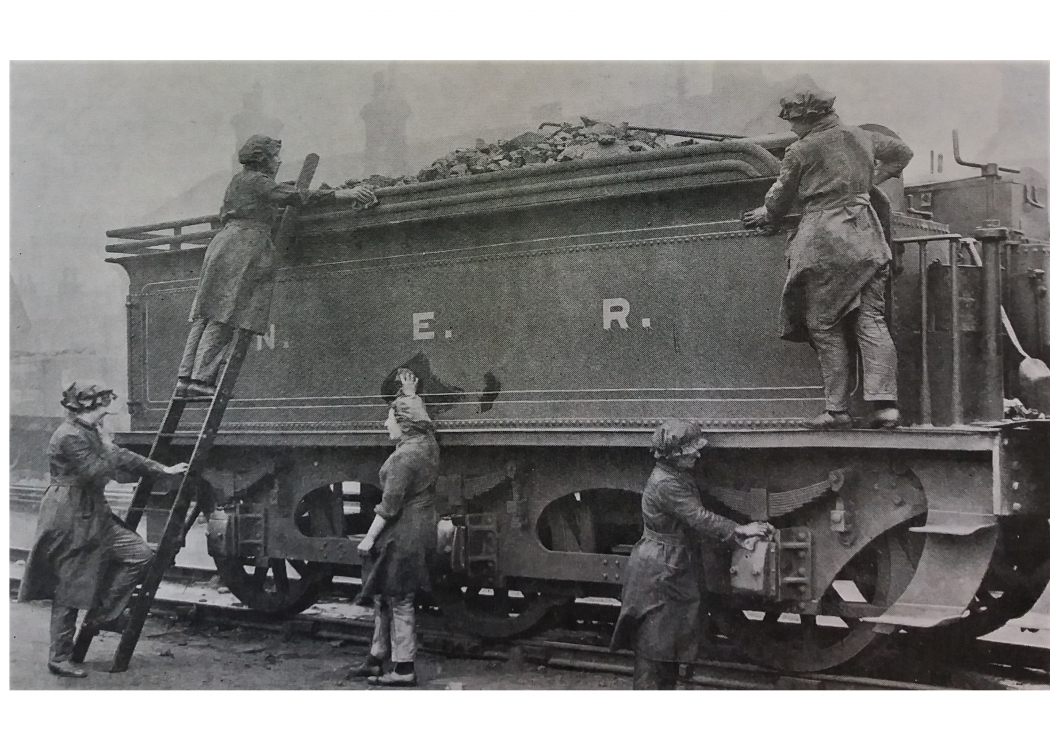 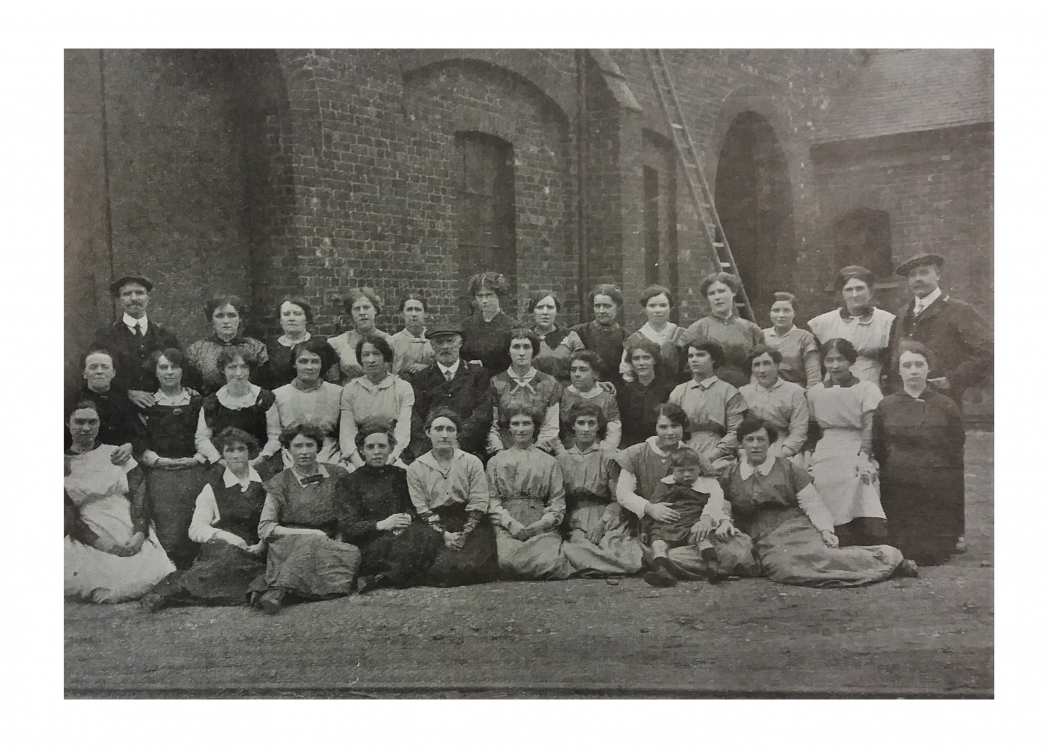 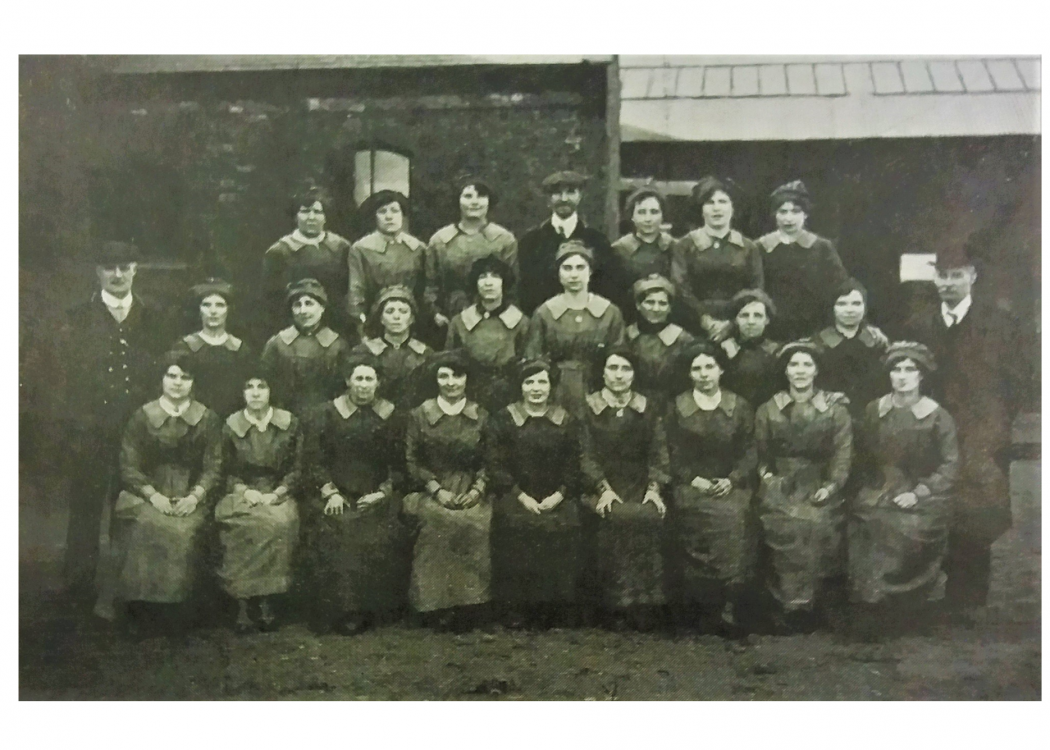 The North Eastern Railway (NER) displayed its reluctance to hire women workers at first when it stated in its magazine that “the company decided, as a temporary experimental arrangement, to employ women porters” in 1915.

There was some debate about gender in the NER magazines for 1915. Some women workers objected to the terms ‘woman clerk’ and ‘girl clerk, preferring ‘female clerk’ instead. One worker also stated –

At the same time these women were also being paid less than what their male counterparts had been paid. Trade unions began to campaign for women to be paid the same rate as men, and some women even went on strike for better pay.

Despite these disputes, the NER magazines consistently published photographs of their women workers, and expressed gratitude for the standard of work these women performed – “As in all other capacities women have come forward splendidly to take up railway duties”. 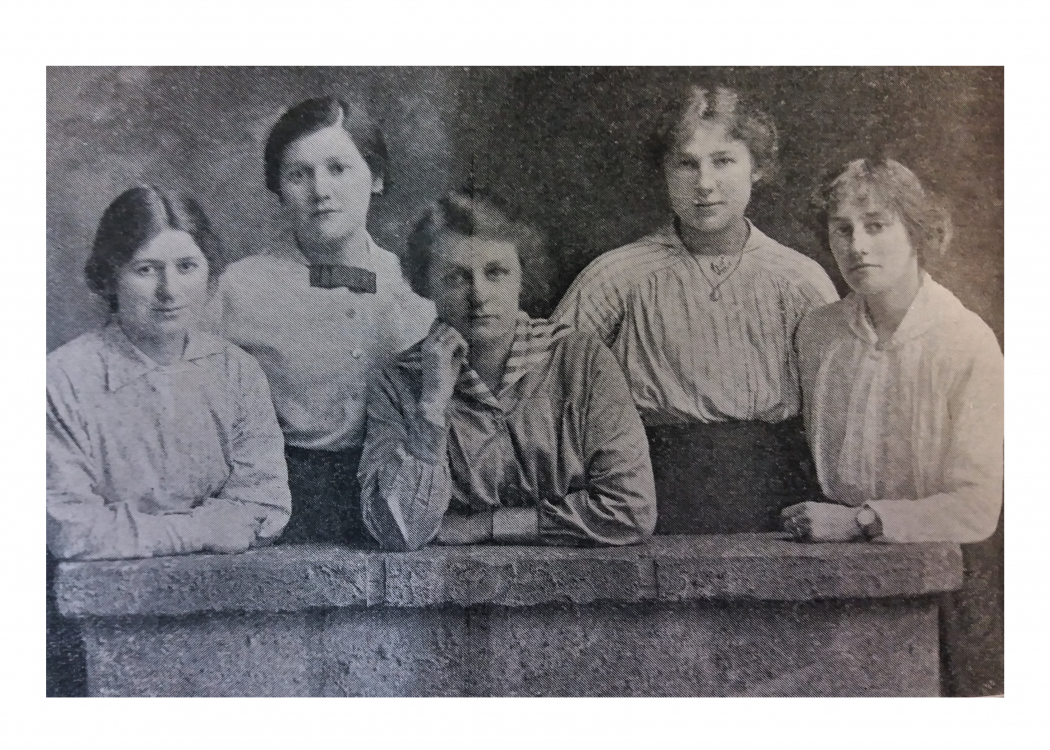 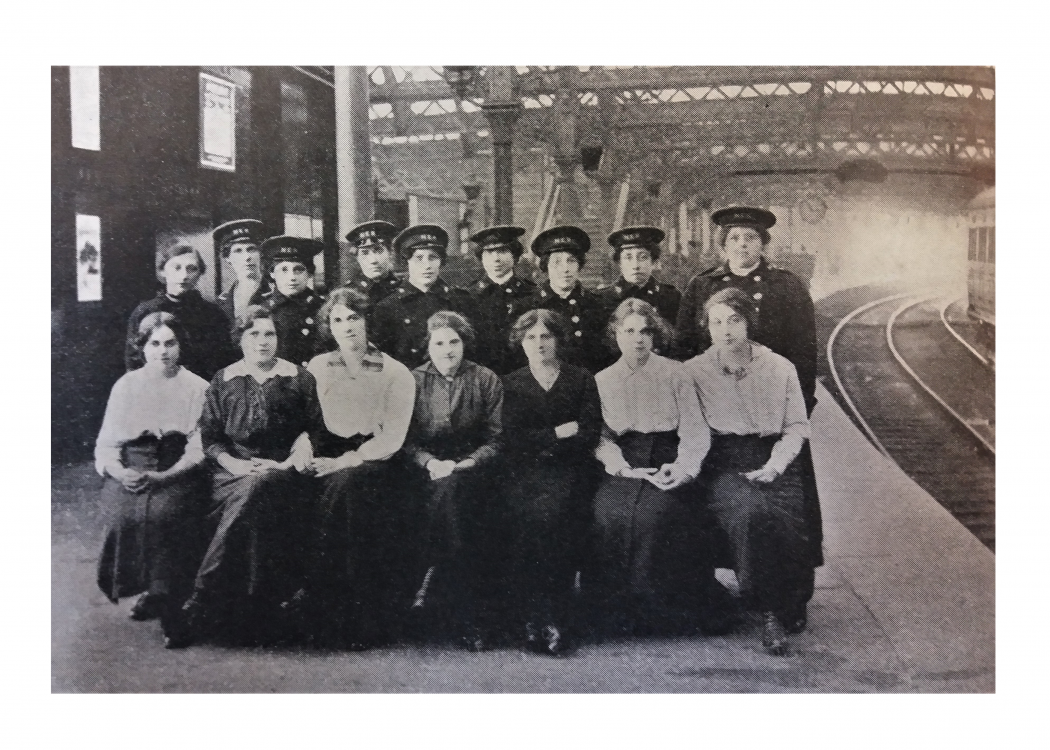 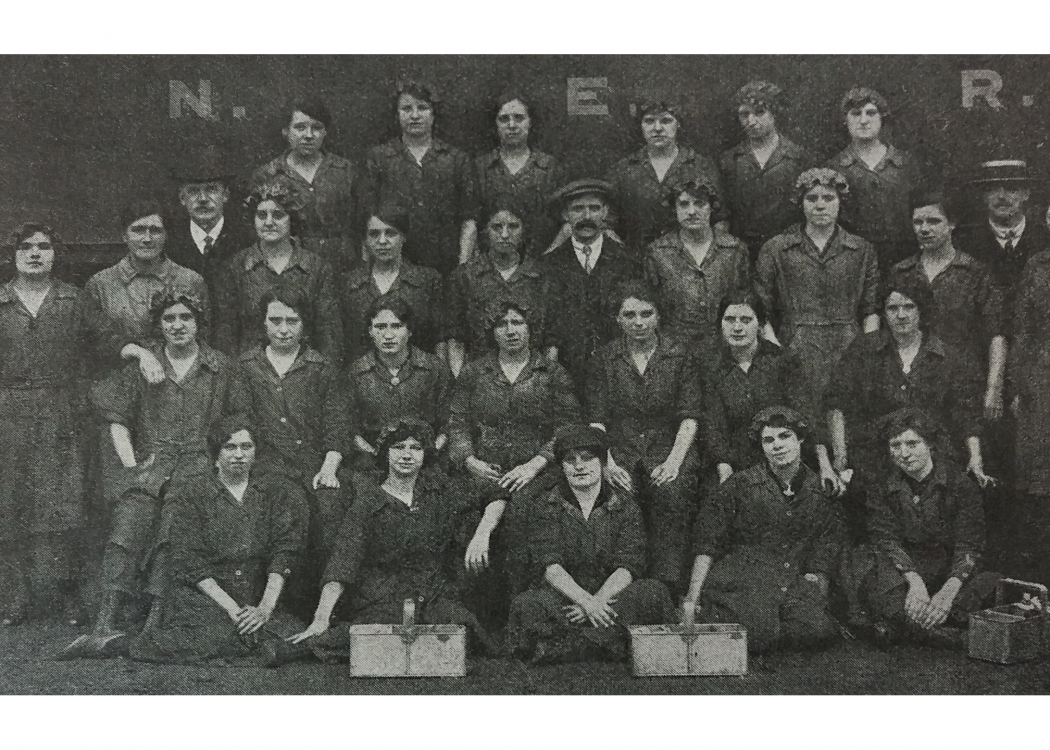 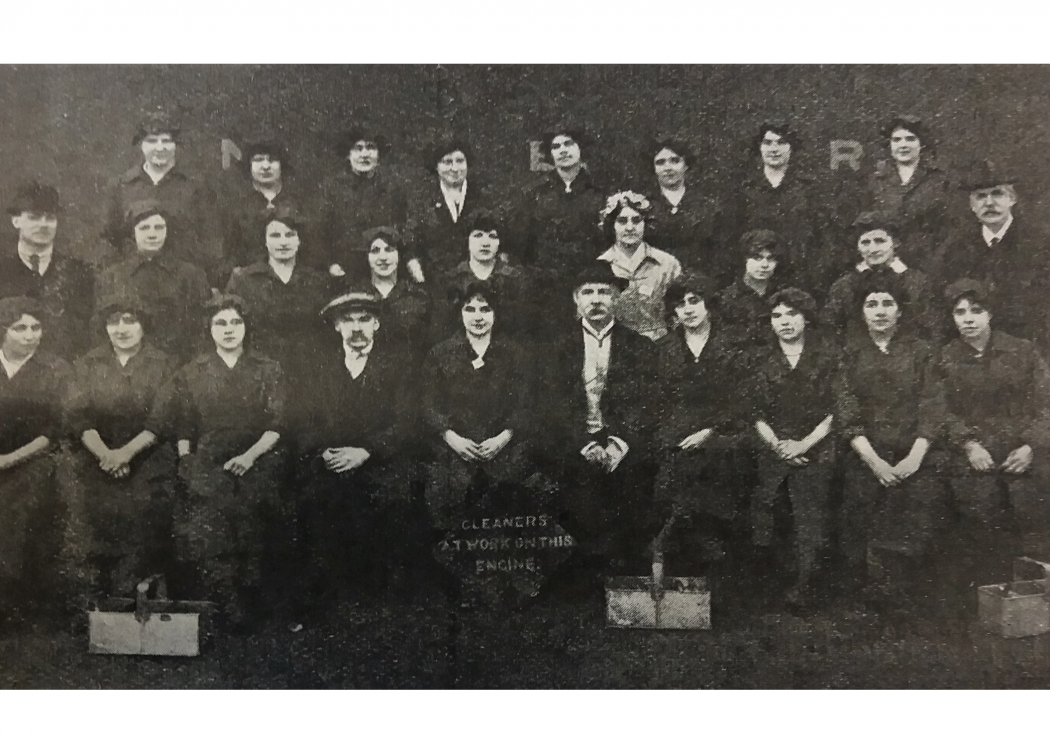 These women worked across a wide range of roles, as parcel porters, engine cleaners and ticket collectors, and they were also employed in the Stationmasters office, the Telegraph office and the Booking office.

The NER’s own police required women workers, and in December 1917 the first four NER policewomen were sworn in. They had been specially trained by the Acting Chief of the NER Police and had been endowed with the same status and powers of their male colleagues. By August 1918 their numbers had grown to seventeen. 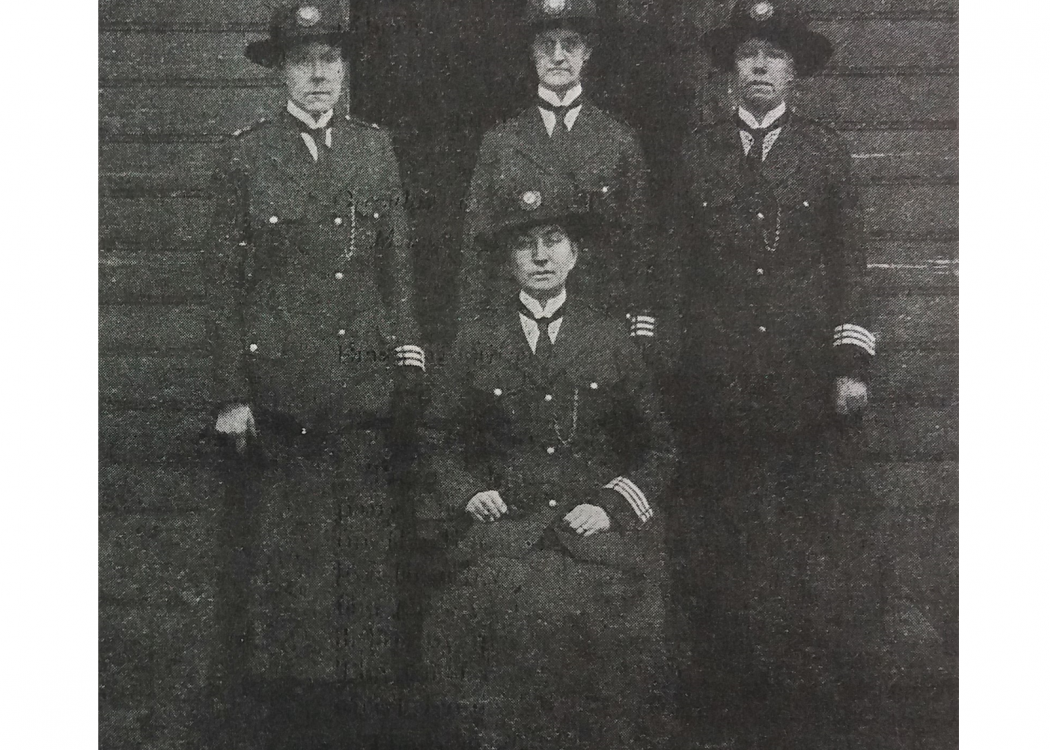 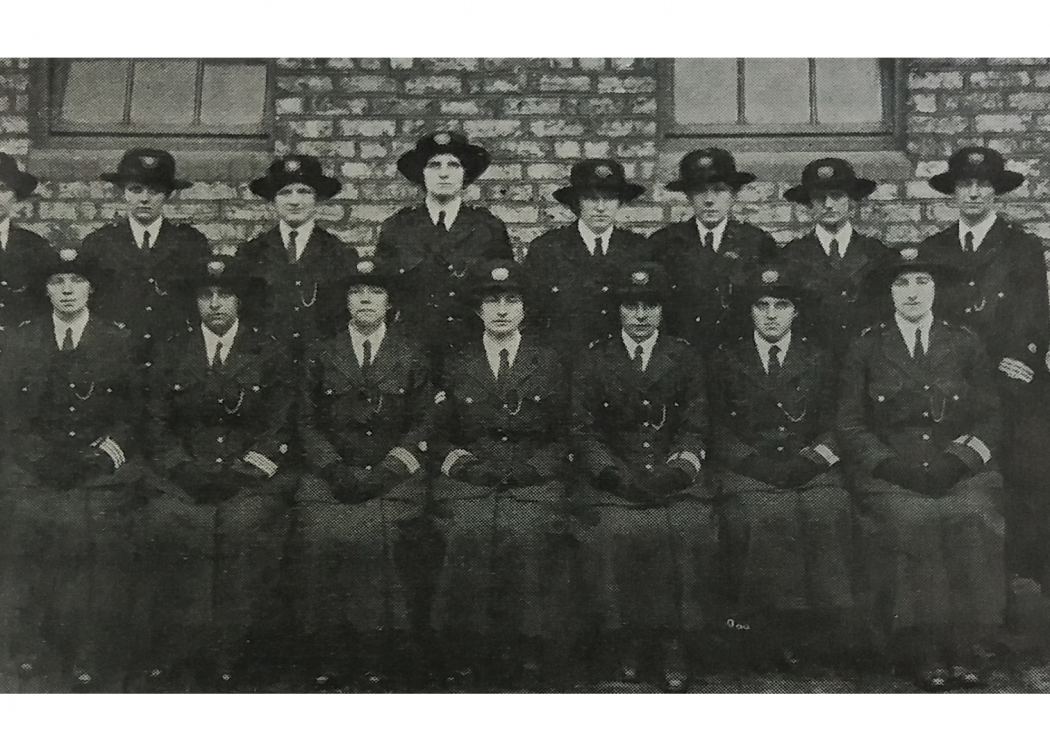 With the end of the war, and the return of the men who survived, many of the women working on the railways had to leave their positions. Among them was Miss Iris Arnold-Forster, the Welfare Supervisor of the Women’s Welfare Department for the NER, which closed in 1919. She wrote to the NER Magazine –

“I shall not forget the women and girls amongst whom I have worked, who came forward so splendidly to the help of the nation, by undertaking work on the line that no one had ever imagined women could do.” 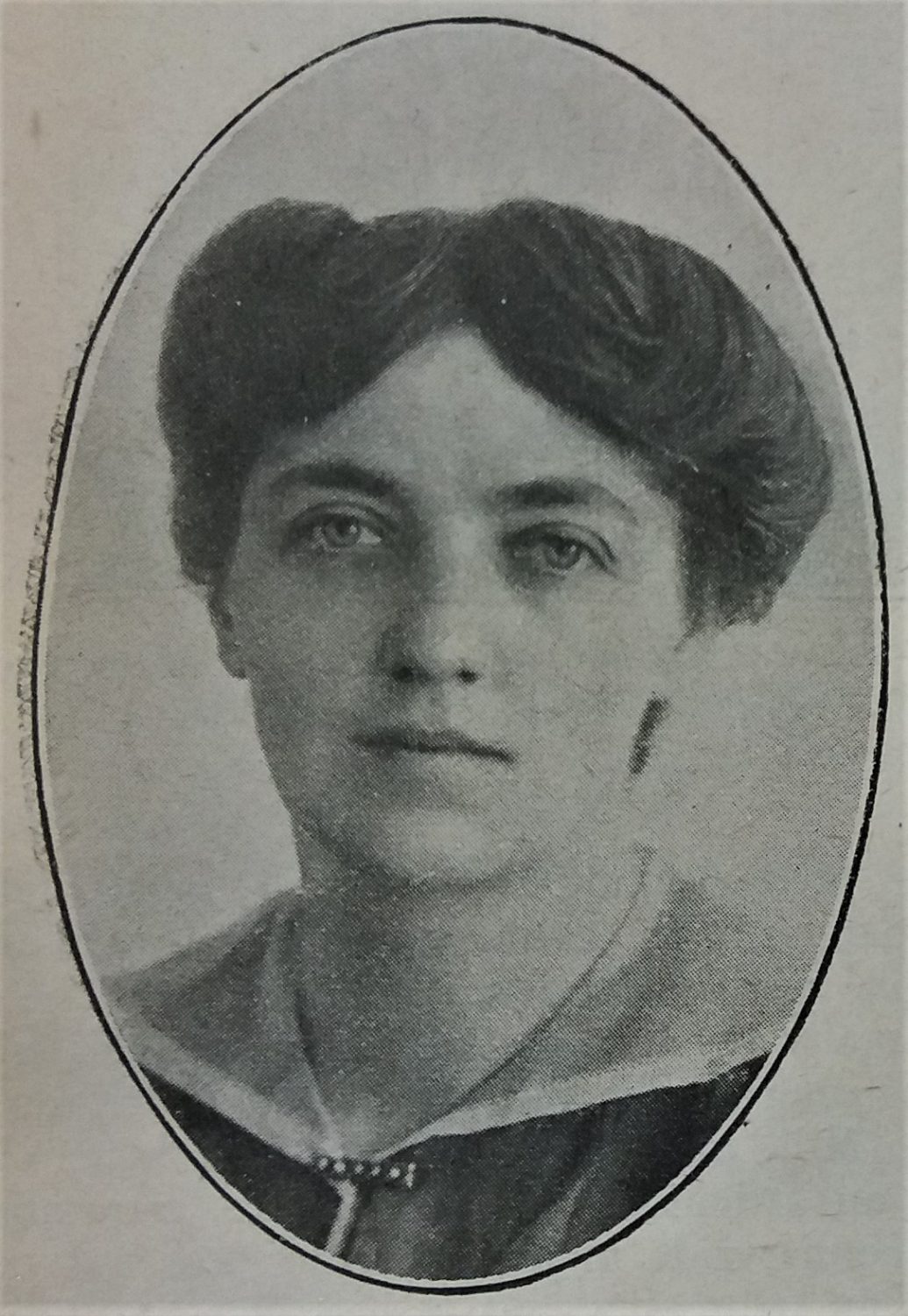