← Back to More Museum of Kindness 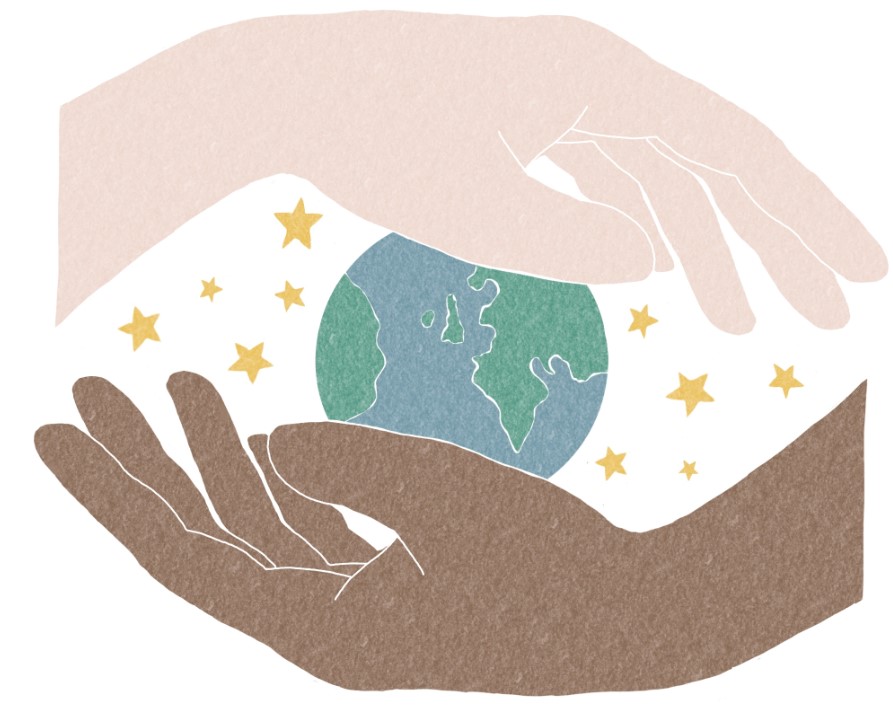 Hands were in trouble.

Brain had made a declaration.  Hands were to stop being, well, hands.

They were no longer safe to anyone.  They must not touch.

Other hands, the face – anything really.

They must stay still, not reach out.  In fact, it would be better if they hid.

Now, more than ever, Hands were trouble.  Nearly the worst form of trouble (except for Mouth of course – everyone knew Mouth was the biggest troublemaker).

And while Brain went off to make big plans the hands twitched.

It wasn’t the first time Hands had been in trouble.  In the beginning they had been important; the makers of light and fire and food.  But that power had turned them until some had gone bad.  Some had hurt and maimed.  Others had made rude gestures.  Or simply said “no”.

But this was different.  They hadn’t had to hide away like this before.

The old hands wrung together and fiddled with fingers.

It was the young ones who knew the answer, as little hands often do.  They picked up colours: red; orange; yellow; green; blue; indigo and violet – and made half circles in windows and on walls.

Artistic hands sent out images to bring smiles and hope.  Some crafted and baked.

Hands that were used to jabbing and tapping on keyboards remembered how to hold a pen, form words.

Even shy hands found themselves raised in greeting as they walked through quiet streets.

The old hands even learned new skills; how to tap at screens then flutter with delight at images new, yet familiar.

And they mostly stayed hidden, not touching.  Just as Brain had instructed.

Only the hands cloaked in blue, who worked day and night and never complained, were still allowed to touch.  Could mend and heal and, when they couldn’t, they held other hands and stroked heads and said “I care”.  For them the hands all came together to make noise and say thank you.

Little by little, Hands found new ways to communicate.  It wasn’t the same and it didn’t stop them fidgeting – itching to reach out and touch.  But until that time came (which they knew it would) Hands did what hands do best.

They showed kindness in all the wonderful ways they possibly could.

My name is Elizabeth Baker and I am a professional storyteller.  I write stories that I perform myself and that are also performed by other people; many of them in museums and heritage sites.  I work with museums in the Tees Valley to create stories about their collections and engage children and adults in creative writing.  I’m delighted to contribute to the Museum of Kindness