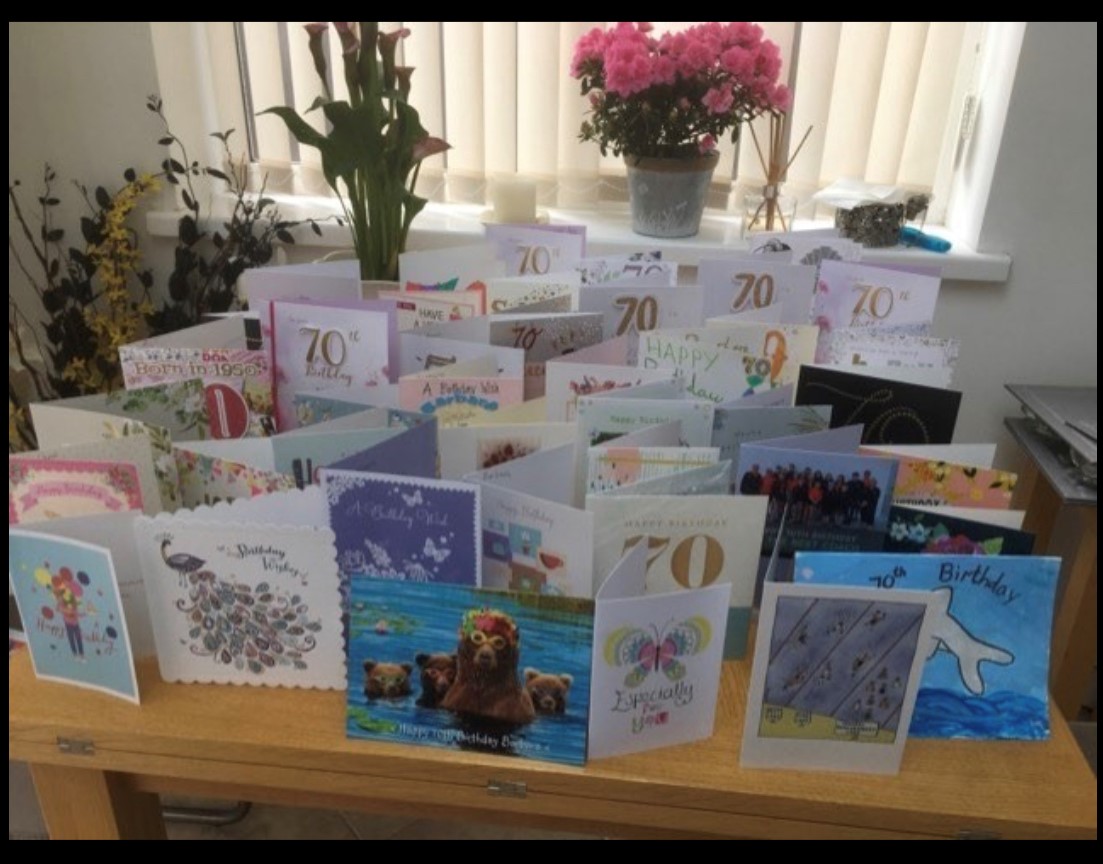 Barbara’s 70th birthday was coming up. Normally, Barbara was a very busy lady. Not only does she run the swimming club at Loftus which takes up a lot of her time, she has 7 grandchildren! And if that isn’t troublesome enough..she has me as one of those beloved grandchildren! I don’t know how she copes😂.

Barbara, though, was sad. She had been looking forward to birthday celebrations and lots of visitors but because of the little annoyance we call quarantine, none of this was going to happen. Add to this, the fact her mum (my 97 year old Great Gran) had been just discharged from hospital with a fractured hip, but still needed a lot of care doing every day things, Grannie was struggling.

So, I thought about what might cheer Grannie up. What she loves most is being with others, especially family. So I came up with the brilliant idea of going to see her! (Yes it was my mums idea but she didn’t trademark it). We wrote her card, bought some party poppers, wrapped her present and trundled off from Guisborough to Loftus, (in a car, obviously, we’re too lazy to make that journey on foot.) So there we were, outside my Gran’s front door popping party poppers and singing happy birthday! We handed over the gift that we had ordered and wrapped and we went home! I’m ——just kidding!! Barbara invited us to the back garden to chat and open her gift!

When she did open it she was very happy with it. Or she was disgusted and hiding it (we’ll never truly know..) But she seemed happy at the time so I’m calling that pleased with the gift we had chosen! And so we decided to sit, two meters apart obviously, and chat about random things that came to mind. I noticed a table of very nice looking cards! There were a lot of them!! They were all from family, friends and swimming students who clearly cared about her birthday. So after a very deserved catch up and a cup of tea (I had water, I don’t like tea) we said goodbye and went home, leaving behind a much cheered and happier 70 year old.