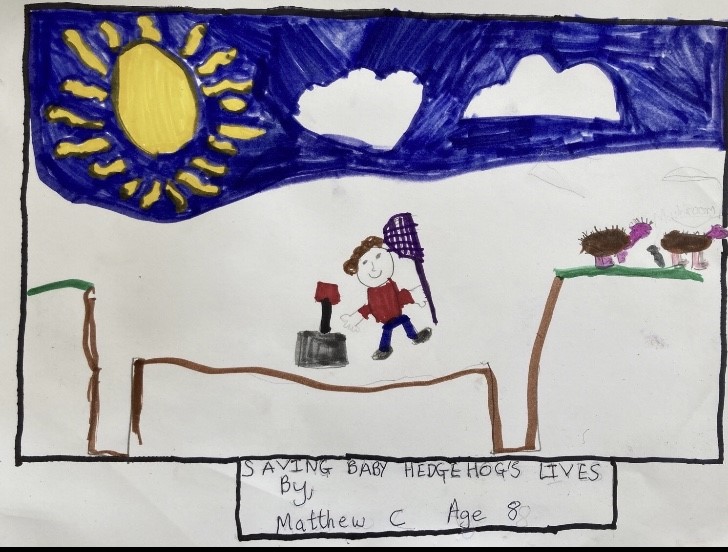 Two baby hedgehogs fell into a hole in our garden and became stuck. Luckily, I spotted them so we got them out of the hole and gave them mushrooms and water. We realised their mother was looking for them because a couple of days later we saw an adult hedgehog. Real baby hedgehogs are called hoglets. We thought they would still be tired since it was still daytime and they are nocturnal so we gave them buckets with tea towels in to see if they would sleep in them. One got snuggled straight up but the other just walked away. A couple of hours later, we came to check on them and we saw an adult hedgehog. We guessed it was the same adult one and thought it was the hoglet’s mam. We hope they have found each other now. This is one of the times I gave been kind.