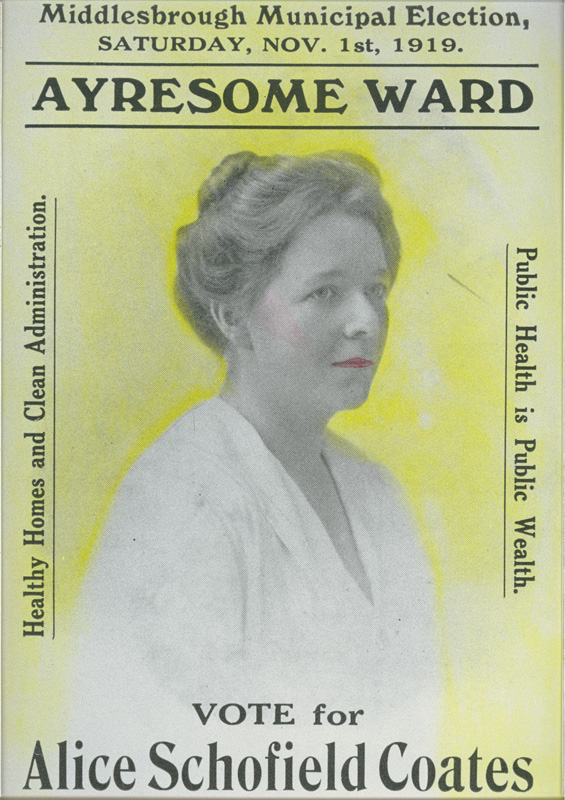 While working as a teacher in Manchester she came across the leader of the Women’s Social and Political Union, Emmeline Pankhurst, addressing a large crowd on women’s rights and votes for women. Alice became one of the earliest members to join the WSPU’s militant ‘votes for women’ campaign. She spent a month in Holloway prison in 1909, for ‘obstructing the police’ during a march to present a petition to the Prime Minister at Downing Street.

Later that year, Alice became an organiser for her local branch of the Women’s Freedom League in Middlesbrough and continued to actively support the campaign. In 1918, women over 30 were granted the vote, this was extended to all women over 21 (in line with men) ten years later.

In 1919 she became the first woman councillor for Middlesbrough where she worked to improve education and living conditions for local people. . This poster includes her campaign slogans: Healthy Homes and Clean Administration and Public Health is Public Wealth. She continued to work to improve the lives and rights of women locally and nationally and was still active in 1951 at the age of 69, distributing leaflets advocating equal pay for equal work for women. The Equal Pay Act was passed in 1970, five years before she died.