Fossils are the preserved remains of plants and animals from prehistoric times – the ancestors of life on earth today. People have been finding fossils in rocks for thousands of years and the clues they left behind have helped scientists understand how the earth and the creatures and plants that live on it today evolved. 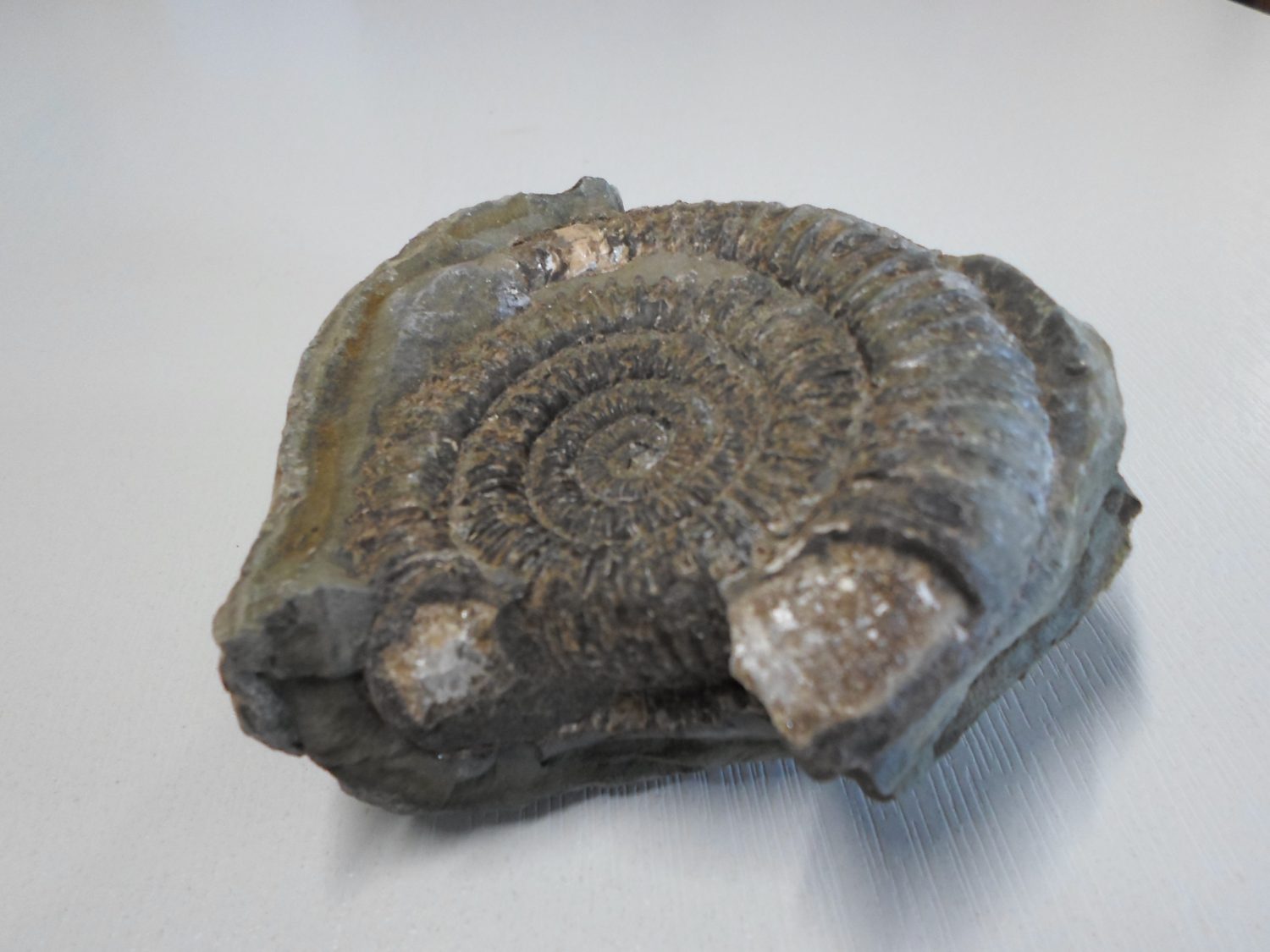 Lewis Hunton (1814 – 1838) was a geologist from Loftus, whose fossil discoveries and ideas led to transformations in scientific understanding. Investigating the cliffs in the local area, Hunton noticed that different types of fossils occurred in the different layers of rock. This is the cornerstone of what became known as biostratigraphy. 20 years later, Darwin would use similar conclusions to influence his theory of evolution, explaining how animals evolve through time.

Lewis Hunton also recognised the importance of ammonites in dating the different layers. We now know that these animals evolved quickly, changing shape over relatively short periods of time. Hunton noticed these changes and realised they could be used to identify and categorise the age of quite narrow bands of rock. He did not live to enjoy recognition for his work, but his ideas influenced science and scientists across the world and are still used today – nearly 200 years later.

This fossil is from the Jurassic period and is over 150 million years old.