A total of 100 beads were found in the Anglo Saxon cemetery near Loftus, though only two of the graves contained more than 10 beads. The small number of beads found in other graves shows how styles changed. In early Anglo Saxon times, women would wear a necklace of up to 100 relatively plain beads at a time. Later, a small number of high-quality beads would have been worn or carried in a bag. 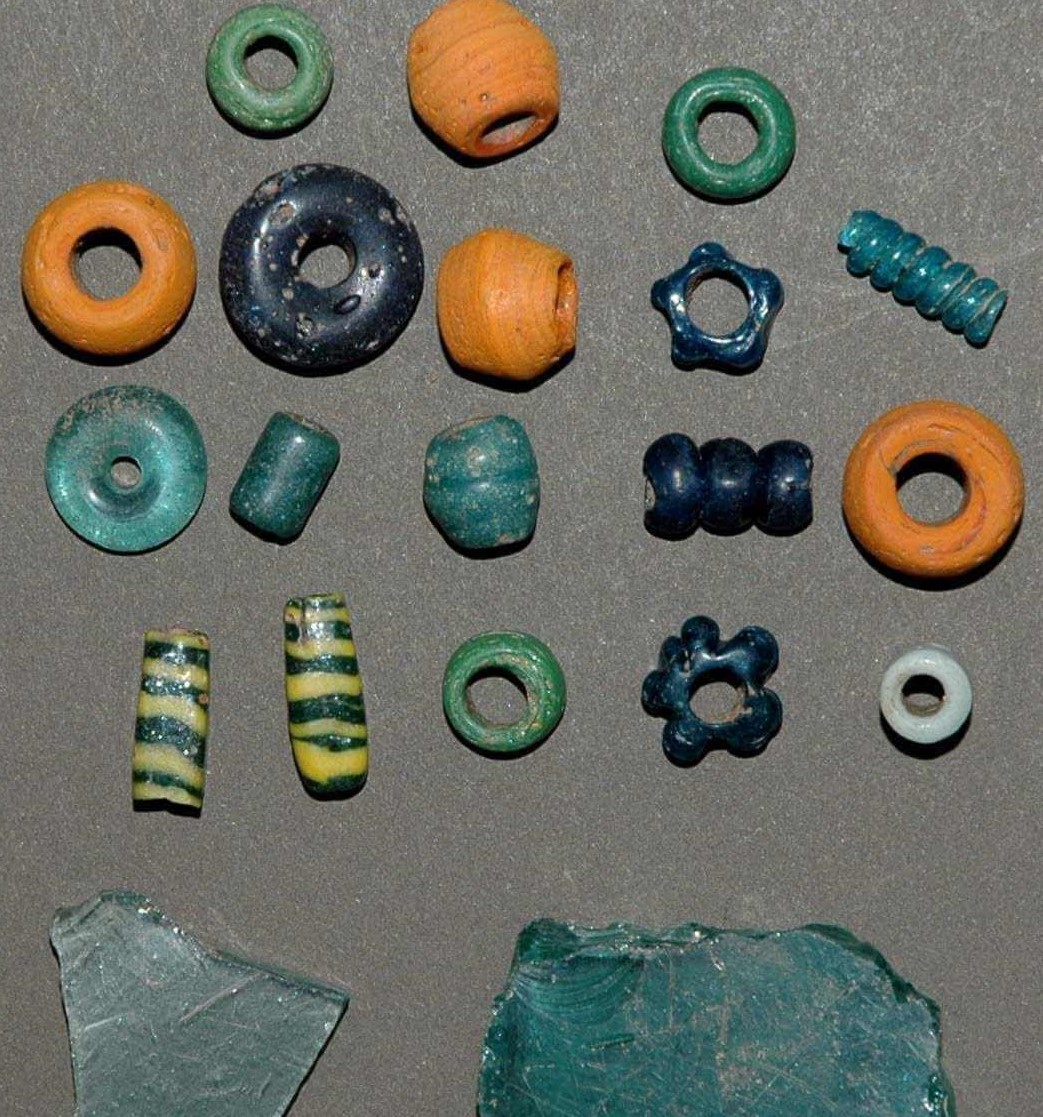