This image shows the valuable bracteate pendant, as it was uncovered in one of the Anglo Saxon graves near Loftus. It was found close to five beads which indicate the pendant was strung together with them and worn as a necklace. The pendant would have been very valuable in Anglo Saxon times and so must have belonged to a high status member of society. 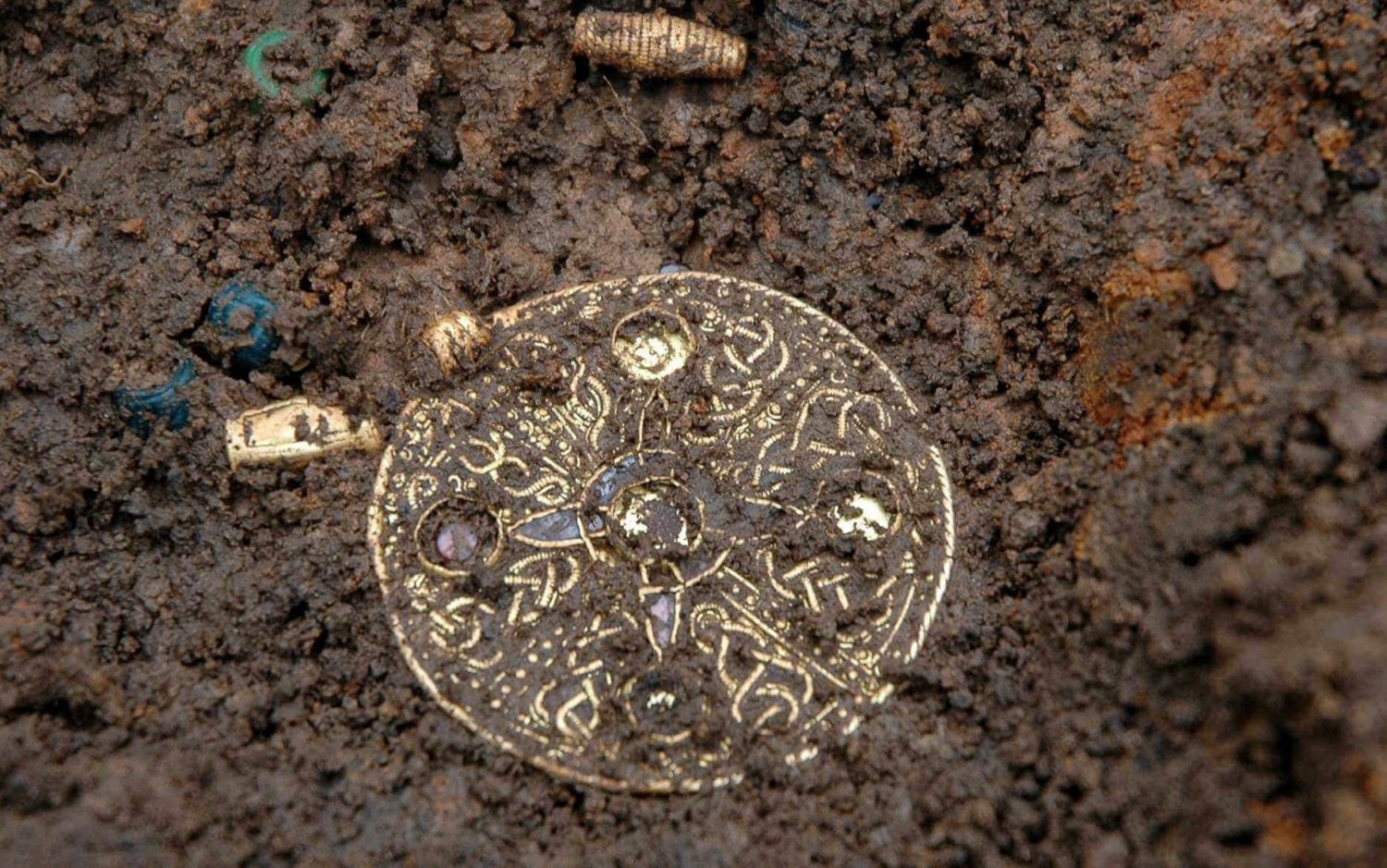