In Anglo Saxon times, Hartlepool was among the most important religious sites of the North of England. A double monastery – with both nuns and monks – was built there in the seventh century, with a village around it. The monastery was run by the first woman to ever rule such an institution – the famous St Hild who was also in charge of the monastery at Whitby. 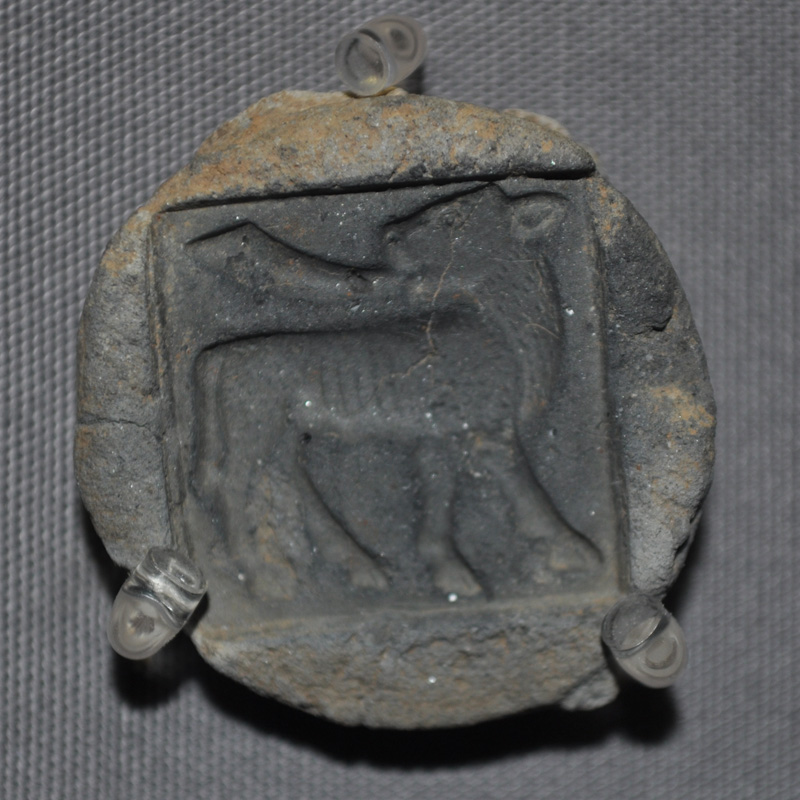 This mould is one of the rarest surviving objects in the North East and relates directly to the production of the first books in the monasteries of Northumbria. It was used to cast silver and gold decorations for the covers of religious books.

This mould is of a calf blowing a trumpet. It is the symbol of St Luke the Evangelist. It is also a symbol of sacrifice. Unusually this image includes a horn –the instrument which would herald the Apocolypse: the second coming of Christ, the end of the world.

The mould is small, only 3cm in diameter, and is made from fired clay. It was discovered in 1984 during archaeological excavations at the site of the Anglo-Saxon Monastery in Hartlepool. Findings like this are vital to our understanding of how the Anglo Saxons lived and shaped early Britain.