An ‘unparalleled’ hoard of gold jewellery was found in the Anglo Saxon cemetery near Loftus. The number of pieces, quality and rarity of this jewellery show that the people who owned them were of the highest status in Anglo Saxon society. 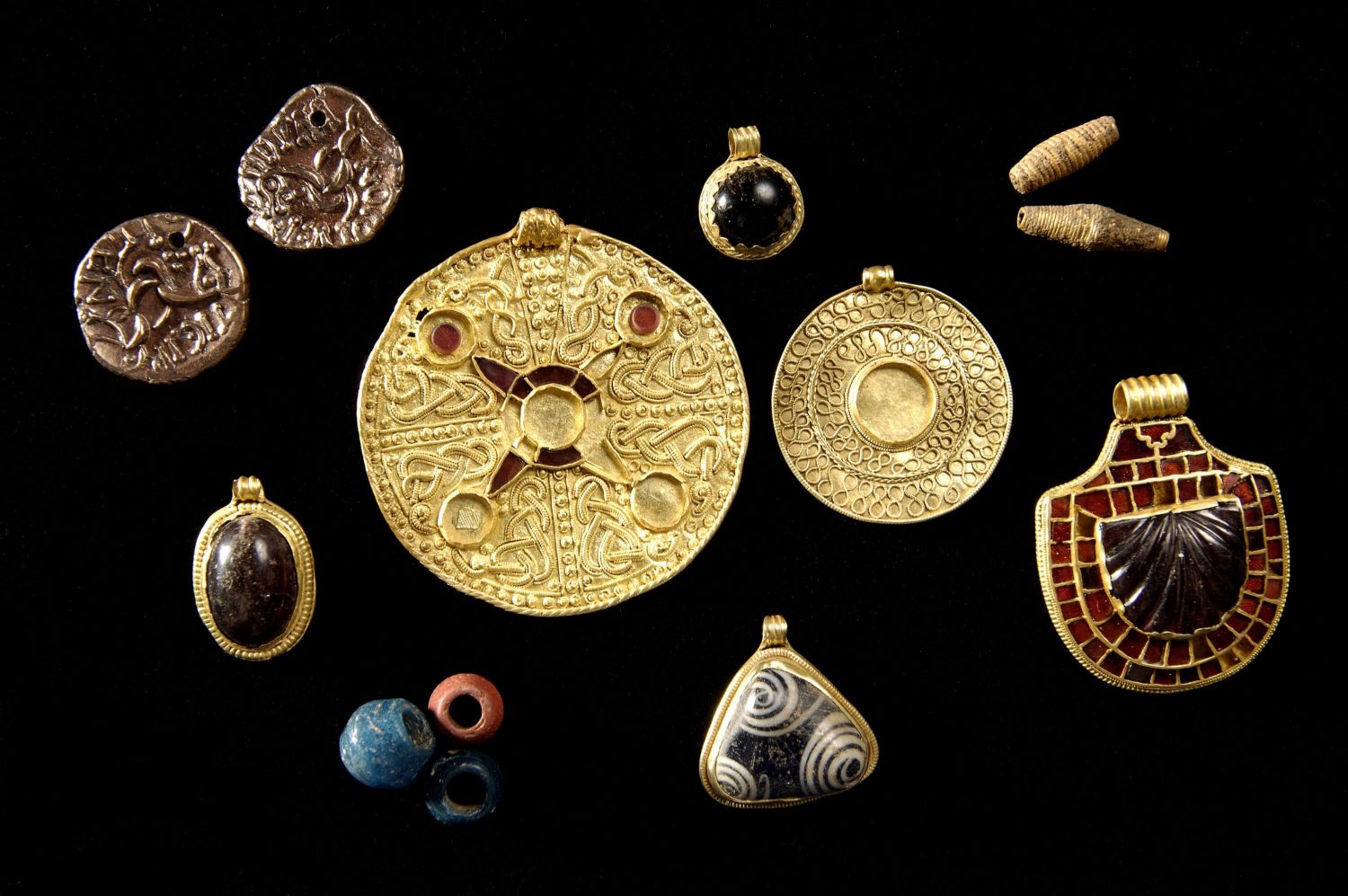 The most important pendant from the cemetery is the ‘shield shaped’ piece found in the grave of an Anglo Saxon princess. It has 57 inlaid red garnets, each with a thin sheet of gold leaf beneath. This unique piece would have been made by one of the best craftsmen in the Anglo-Saxon world.

The large, gold disc is known as a bracteate and would have been worn as a pendant. It was found in a grave nearby and was a very valuable object in Anglo Saxon times.

One of the most unusual finds was the gold coins, which were made during the iron age and date from between 15 and 45 AD. They were over 600 years old when they were re-used as jewellery and are thought to be unique in the Anglo Saxon world.