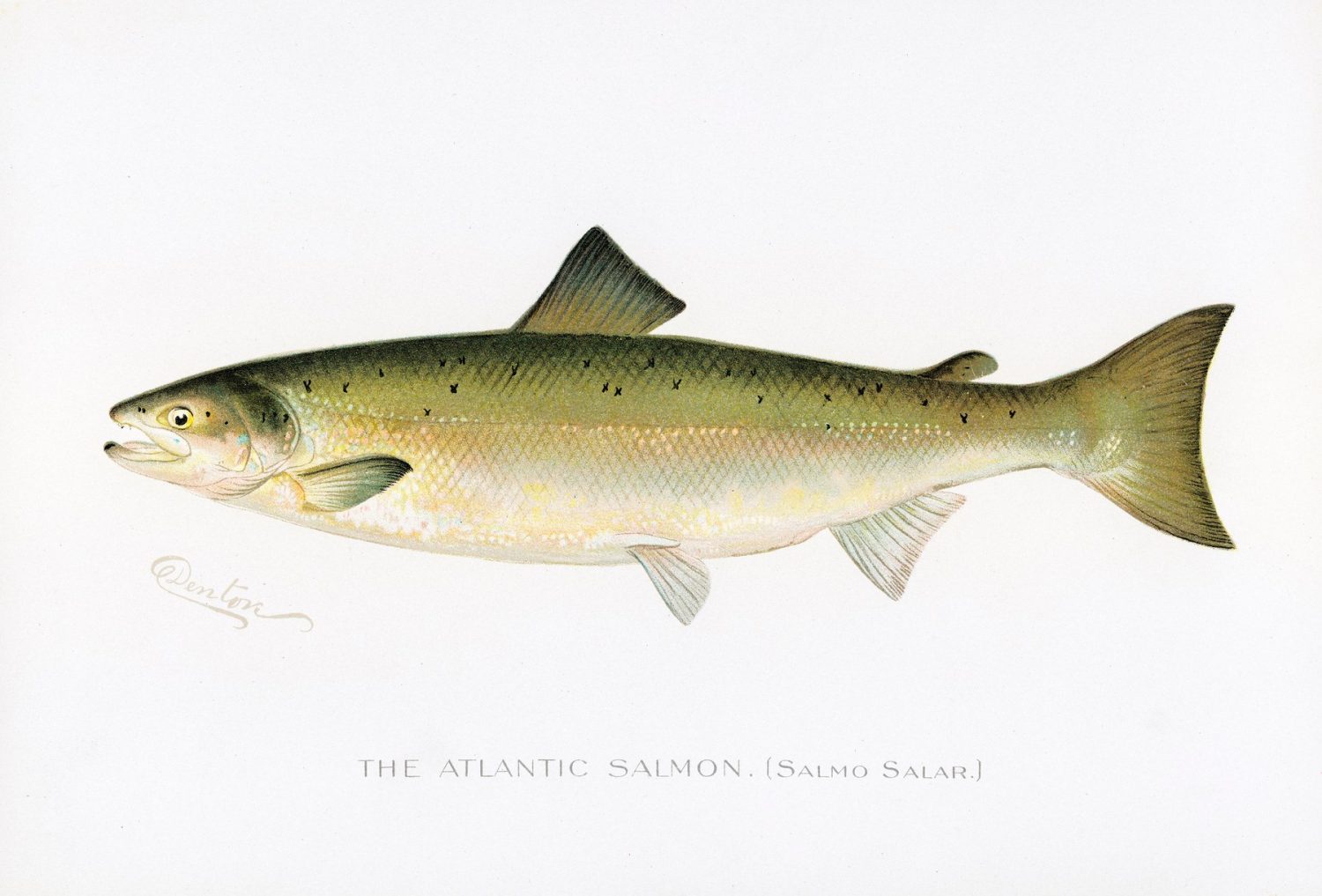 An Atlantic salmon can leap as high as three metres out of the water.

Look closer at the image of an Atlantic salmon

What type of animal is an Atlantic salmon?

An Atlantic salmon is a large fish. Like all fish, they live in water, have a backbone and are cold blooded. They also breathe through gills, are covered in scales and have a pair of fins.

Where do Atlantic salmon live?

Atlantic salmon begin their lives in clean rivers, then, as adults, they migrate to live in the sea.

Famously, they return to spawn in the same part of a river as they were born, making an epic journey – sometimes over 1000 miles! This is known as the salmon run and is an extraordinary sight if you are lucky enough to see it, with salmon leaping in and out of the water across weirs and waterfalls.

Atlantic salmon are an indicator species. This means that the health of the species is directly affected by the health of its ecosystem. Plenty of salmon in a river indicates that it is clean and healthy.

What do Atlantic salmon eat?

How are Atlantic salmon adapted to their habitat?

Atlantic salmon have strong bodies and are powerful swimmers. Their muscles are adapted for short, sharp bursts of energy to help them leap out of the water. They have special cells in their gills which help them breathe both in salt water and fresh water.

A ‘lateral line’ runs down the length of their bodies. This acts like a sixth sense helping them to swim in the right direction, and to follow other fish when they are swimming together. They also have an extraordinary sense of smell, which is said to be a thousand times keener than that of a dog.

The numbers of Atlantic salmon have declined dramatically since the 1980s. This is due to a number of factors including pollution, habitat loss and changing conditions at sea.

The most significant human threats to Atlantic salmon are structures we have built in rivers, such as dams, weirs and floodgates, which block routes to their spawning grounds.

Atlantic salmon are currently considered to be under threat and are a priority conservation species in the UK.

Until the early 1900s, the River Tees was clean and healthy and famous for its Atlantic salmon. But by the 1940s the salmon had completely disappeared – mainly due to the chemical industry – and it was declared ‘dead’ as a salmon river.

This continued to be the case until the 1980s when, ironically, a catastrophic oil leak into the Tees killed hundreds of fish and a small number of Atlantic salmon were found to be among them. The disastrous leak helped spur on long-term investment in schemes to clean up the Tees and restore wildlife – in the river itself and along its banks.

The numbers of Atlantic salmon are now recovering. But, despite the introduction of special fish passes, the Tees Barrage still remains an obstacle to them as they migrate along the river to spawn. Salmon are also a tasty meal for the seals, who similarly returned to the Tees as it became cleaner, and who use the barrage as a favourite place for feeding.

What can we do to help Atlantic salmon?