“Like many people in real life, there is a sense of striving for perfection. But, like in real life, nothing is really perfect – life leaks in and it always fall short. I embrace that. I don’t want my work to be sterile, I want it to be human, real and honest. It can’t and shouldn’t be perfect.” 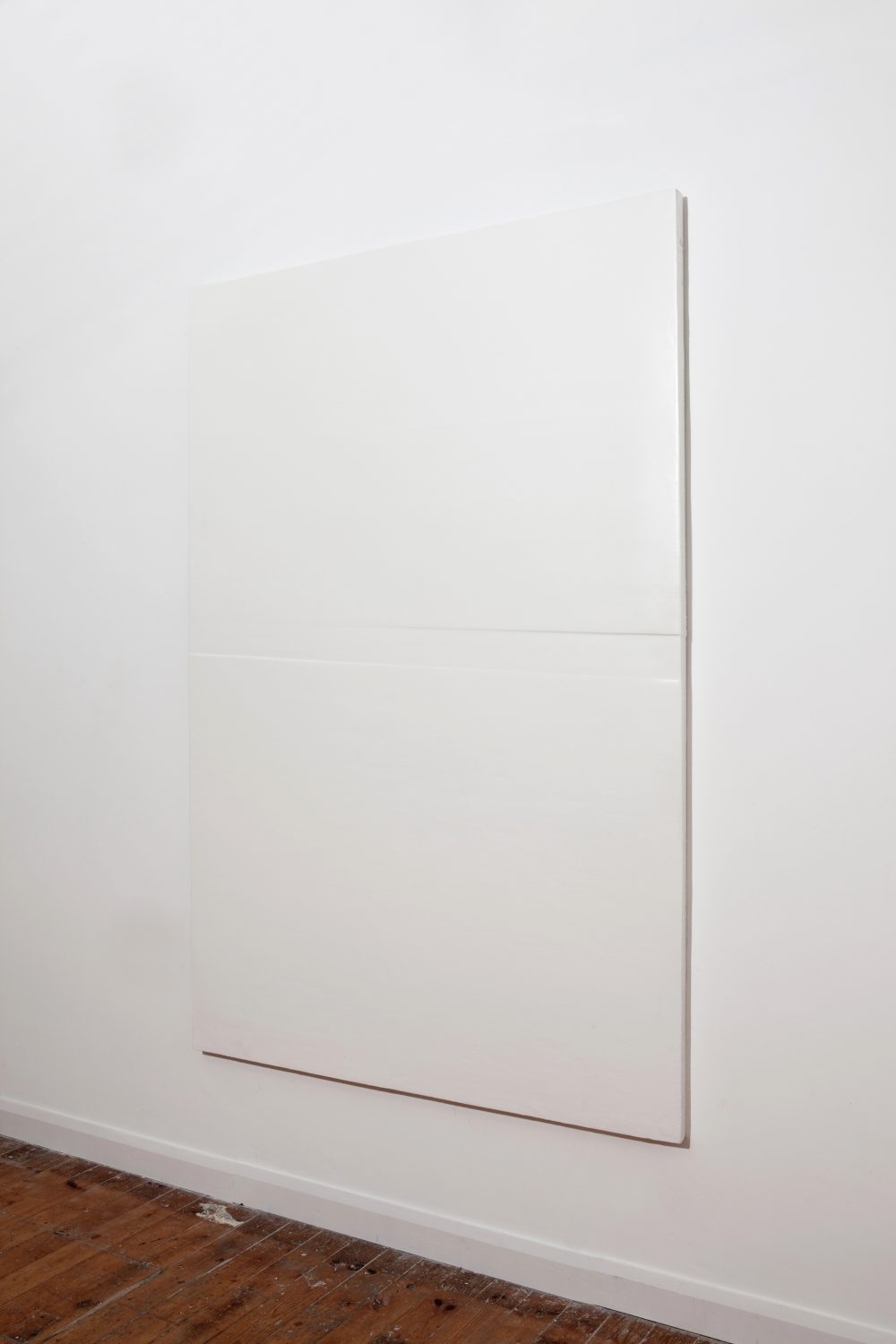 Blanket by Deb Covell, 2011, (Household paint and graphite on plywood)

Deb Covell was born in Stockton-on-Tees. As a child she was always drawing and making. She remembers making a model steam train, and drawing her idols – like James Dean and Kate Bush. Looking back, Deb realises she was ‘honing her craft’ and developing her artistic skills, but at the time it just felt like something she loved doing and was good at. She was given plenty of encouragement from family and friends and from a primary school teacher who told her ‘you will be an artist’.

Deb Covell went on to study in Middlesbrough, at Cleveland College of Art & Design. She also studied in Liverpool, and later in London, but always felt pulled back to the Tees Valley area. Here she became immersed in the local art scene, teaching at Cleveland College and Teesside University and working at Middlesbrough Institute of Modern Art (MIMA), while creating her own artworks. She also co-founded the ‘Platform A’ Art Gallery in Middlesbrough, to help give local fledgling artists an opportunity to show their work to a wider audience – locally and in other countries.

Through her studies and teaching, Covell learned new technical skills, such as colour and form. She developed her love of drawing and experimented with different disciplines, including painting and textiles. But it was while studying in London, that Covell really began to think about what she wanted to say with her work. Her pieces became more autobiographical, influenced by her own life. As she began to work with paint, they also became more simplified, reflecting what she describes as an ‘honesty and truth’ that has become central to her work.

Blanket took three years to make, taking shape layer, by layer, by layer. The piece began as a large, busy drawing. Covell made lots of different marks on the paper, which, she says, reflected the noisiness and busyness of her life at the time – particularly as a mother to young children.

As her children grew, she started to notice more space in her busy life. At home, there were physical gaps that had previously been taken up by toys, buggies and other ‘stuff’. She also noticed generally quieter, calmer spaces in her day. Slowly, she began to paint over sections of the drawing. As she noticed the spaces and gaps in her everyday life, the paint also made space – blank areas – in the drawing. Over the next three years she eventually covered the whole piece with layers of paint. She describes this process as diminishing the ‘noise’ of the original and creating a sense of quiet, peace and calm.

When the work is viewed in real life, a recessed band – a space – can clearly be seen across the middle. Although this work is a painting, the many layers have made it more like an object. Unlike other paintings, this band is not an illusion or a picture of space, but a real, physical space. Covell describes this as an example of how she reflects honesty and truth in her work, she says there is also an honesty in the ripples in the paint. From a distance, the work appears pure, white, perfect, but looking closer, the inevitable flaws reveal themselves, Deb Covell says: “Like many people in real life, there is a sense of striving for perfection. But, like in real life, nothing is really perfect – life leaks in and it always fall short. I embrace that. I don’t want my work to be sterile, I want it to be human, real and honest. It can’t and shouldn’t be perfect.”

Deb Covell still lives in the Tees Valley – in Saltburn-on-Sea. She describes the area as a creative place, a place where, if you put something in, it always seems to give something back.

Image supplied by the artist. Blanket is part of the collection at Middlesbrough Institute of Modern Art (MIMA) part of Teesside University