The Stockton & Darlington Railway – the world’s first steam-hauled passenger railway, opened in 1823. Following its success, rail networks rapidly spread across Britain. Areas of the country previously inaccessible were now within reach for ordinary people and holiday resorts sprang up around the coastline. This, coupled with the introduction of the first Bank Holidays in 1871 saw thousands of people boarding trains for holidays and days out by the seaside. The ‘Holidays with Pay’ act in 1938 led to an even further increase in the leisure industry’s popularity. 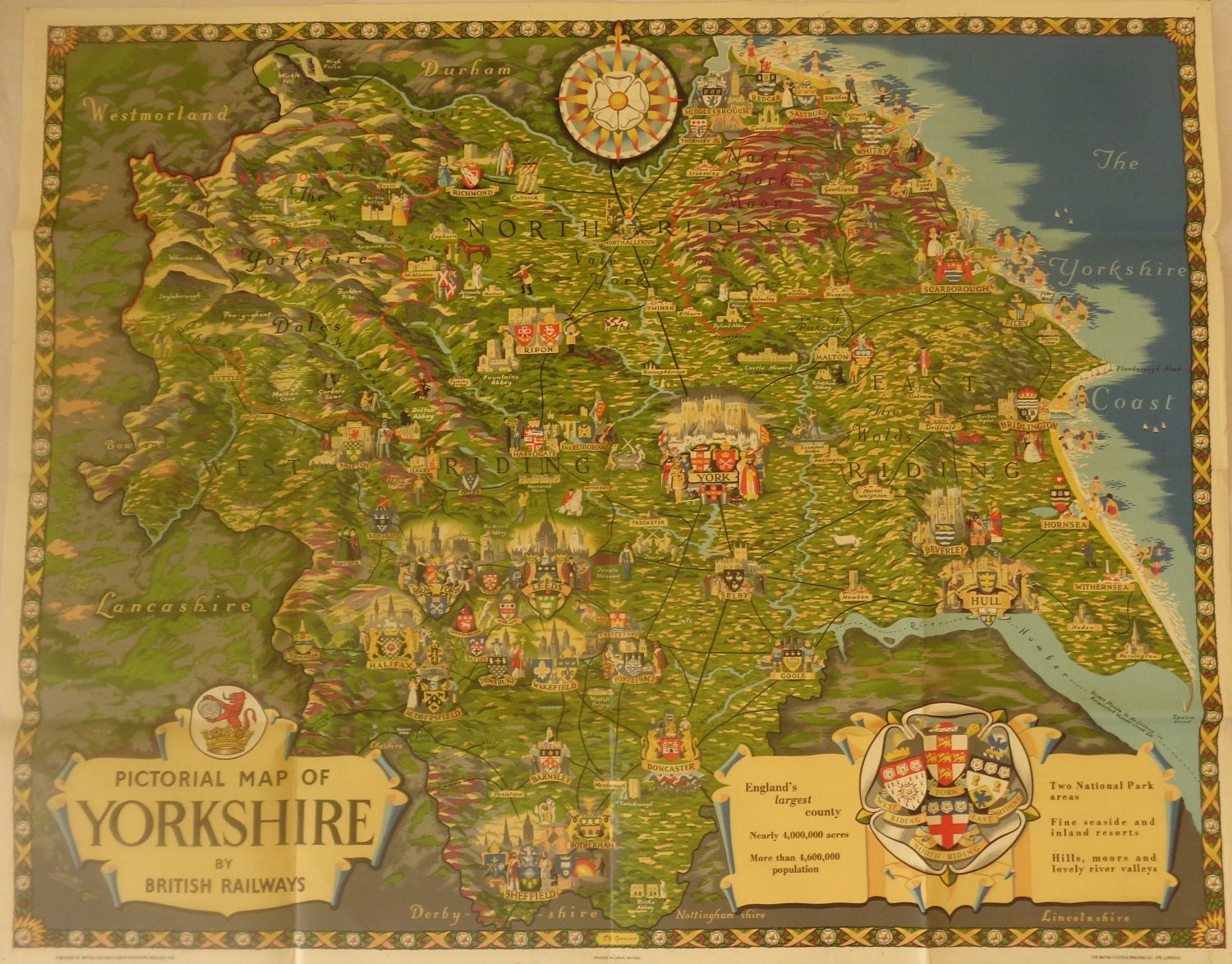 The rail companies soon recognised the need to advertise their services and harness their share of the passenger market. As a result, railway posters began to emerge, advertising famous landmarks, cities and seaside destinations around the country, with accomplished artists employed to create striking images. This illustrated poster of Yorkshire was designed by E.H. Spencer in 1959, for British Railways (North Eastern Region). It shows families having fun in the seaside resorts of Redcar and Saltburn-by-Sea, among the many destinations and attractions that could be reached by rail. Some of Spencer’s original lithographs are now worth thousands of pounds.

See more railway posters in the Beside our seaside theme.

Find out more about the first trains and early rail travel in the Stockton & Darlington Railway theme.