Christopher Dresser was the first industrial designer and was co-founder of the Linthorpe pottery in Middlesbrough. His work set the standard in ceramic design and production, putting Middlesbrough on the map – not only as a centre for industry but for exceptional design and craftsmanship. 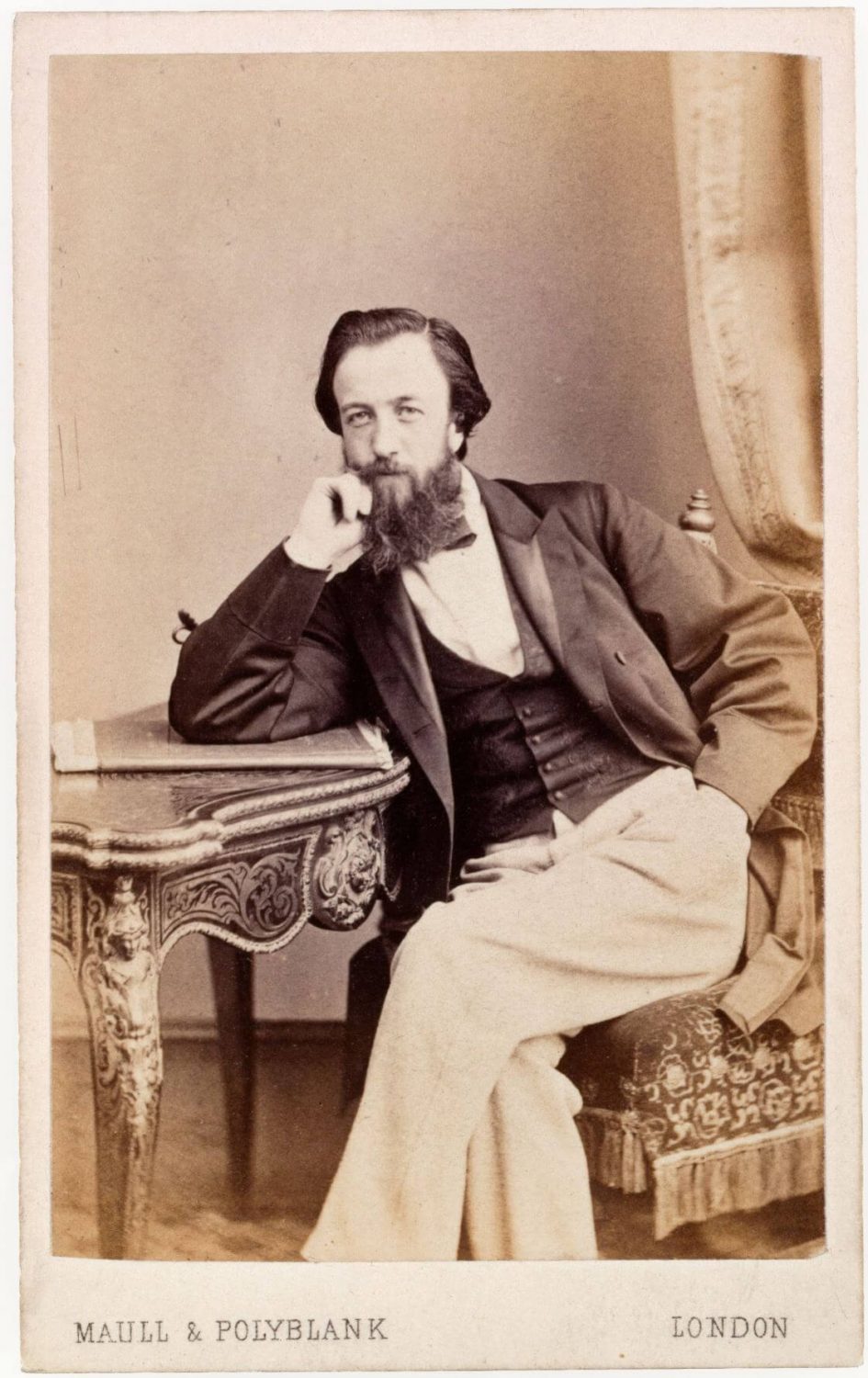 From the late 1850s, Christopher Dresser designed a whole range of functional, yet beautiful items for people’s homes including wallpaper, carpets, glass, furniture and ceramics. He was unusual for his time: while others were designing exclusive and expensive individual pieces for their clients’ homes, Dresser pioneered ‘industrial design’ – pieces which could be mass produced, making beautiful but functional household items more affordable.

Ornament, shape, colour and function were all important to Dresser’s work. He was inspired by what he saw as ‘perfection’ in nature and by ‘good design’ from all over the world. In 1876 he visited Japan and was allowed free access by the Emperor. All doors were open to him, and he used this opportunity to observe and study the superior Japanese techniques in ceramic design and production. He brought his new-found knowledge back to Britain, teaming up with landowner John Harrison to open the Linthorpe Pottery in Middlesbrough.

Dresser designed over 1,000 pots for the Pottery between 1879 and 1882 and became one of the most influential and innovative ceramic designers of all time. Linthorpe pottery is known and respected worldwide and has become highly collectable.

The significance of Dresser’s contribution to British history and culture led the National Portrait Gallery in London to include this portrait in their collection.

Find out more about Christopher Dresser and the Linthorpe Pottery and see examples of some of Dresser’s finest pieces on display at the Dorman Museum.

Image courtsey of the Linnean Society of London