This photograph was taken in the Loftus mine in Skinningrove. After the ironstone had been blasted from the mine with gunpowder and broken into smaller pieces with a hammer, it was loaded into tubs. The tubs were pulled back to the mineshaft by horses (later steam engines) and hauled to the surface to be transported to the ironworks. This was dangerous work and men were injured and even killed by being crushed by the heavy tubs. 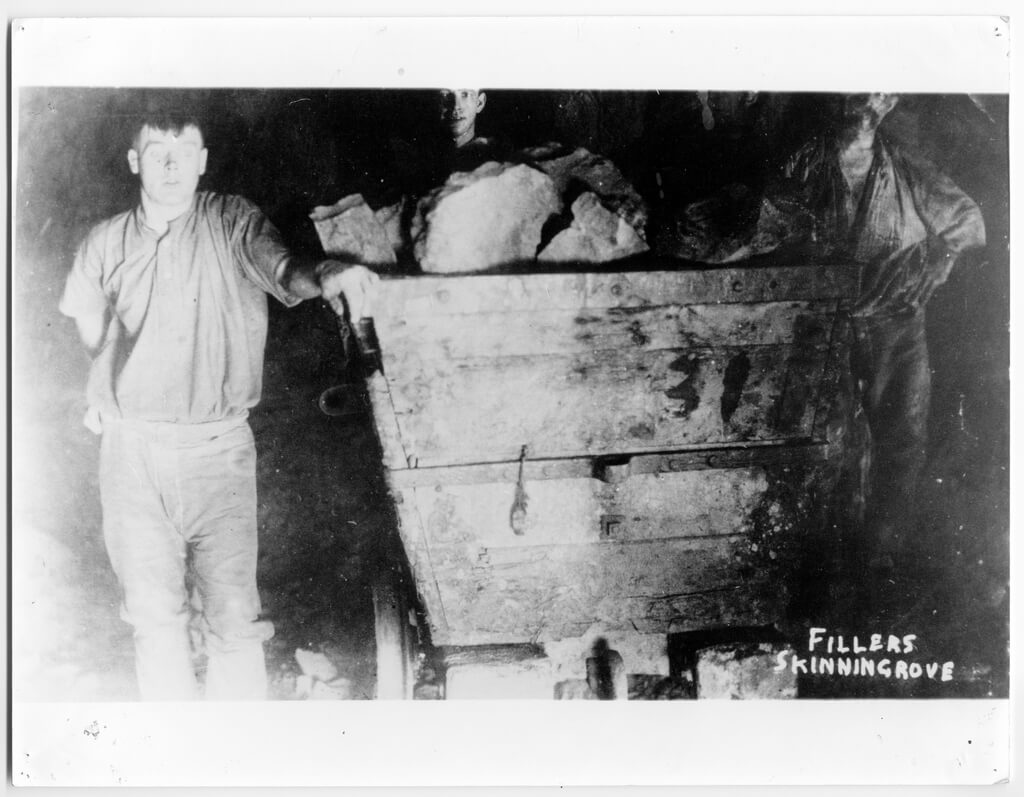