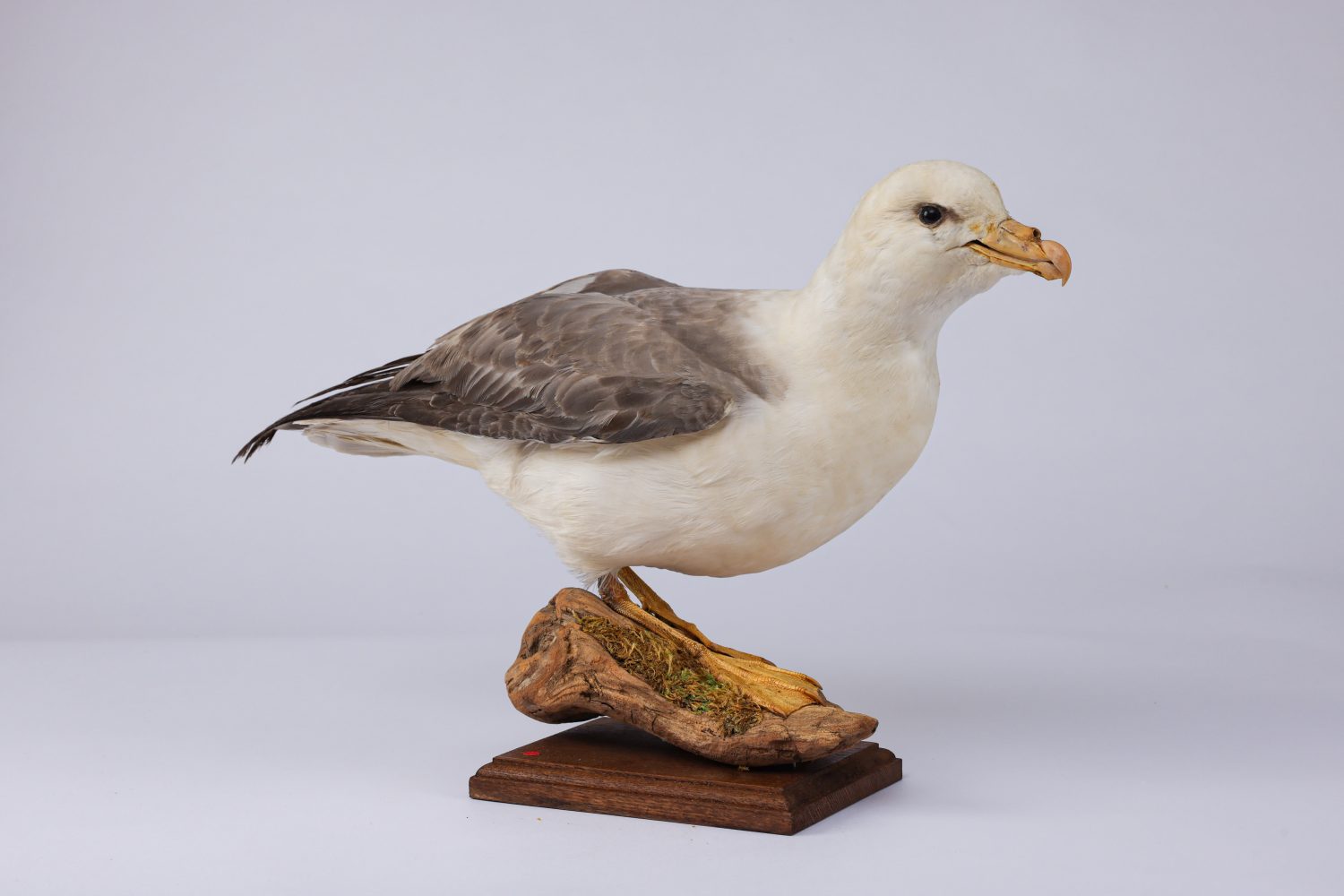 Look closer at the image of a fulmar

What kind of animal is a fulmar?

Fulmars are seabirds. They look very similar to gulls but are, in fact, more closely related to the albatross. Like all birds they are warm blooded, have a backbone, a bill, two wings and feathers. They also lay eggs to hatch their young.

Where do fulmars live?

Fulmars spend most of their lives at sea, hunting in flocks. They only come to the shore to breed, nesting high up on cliff faces. At sea, fulmars fly low over the water looking for fish. They are great at plucking them from just under the surface, but are also excellent divers, plunging deep into the water to catch their prey.

What do fulmars eat?

Fulmars are carnivores which means they eat meat – mainly fish, crustaceans and sand eels. They are often seen following fishing boats, waiting for unwanted fish (or fish guts!) to be thrown back into the sea after a catch.

How are fulmars adapted to their habitats?

Fulmars have a particularly strong sense of smell which they use to sniff out fish. They also have characteristic tube-like nostrils above their beaks – when they have swallowed too much salty water from their deep dives, their bodies cleverly get rid of it by dripping it out of these tubes.

Fulmars have hooked beaks for capturing and eating their prey, and webbed feet for paddling out at sea. If a predator (or a curious human) gets too close to a Fulmar, it spits out a foul-smelling oily liquid.

Fulmars are still widespread but their numbers are beginning to decline. This is thought to be for a range of reasons, including a decline in the fishing industry in the North Sea, which means much less fish waste is being thrown into the sea for fulmars to easily feed from.

Climate change is also an important factor, with changes in temperature affecting numbers of sand eels and other natural prey.

Plastic pollution is a particular problem for fulmars. They often mistake plastic in the sea for food. Plastic with sharp edges can damage their stomachs and other organs, and toxic chemicals from the plastic can leach into their bodies. Some fulmars eat so much plastic there’s very little room for anything else.

Fulmars are so well-known for accidentally eating plastic that they are used as an indicator for the amount of plastic pollution in the North Sea and other areas.

Fulmars are on the Amber list for birds and are a protected species.

Fulmars usually return to the same spot to breed with the same mate every year. When they are breeding, they can be seen around the cliffs at Saltburn as they bring food to their young from the North Sea. May is a good time of year to try and spot them at the Hunt Cliff Nature Reserve.

What can we do to help fulmars?