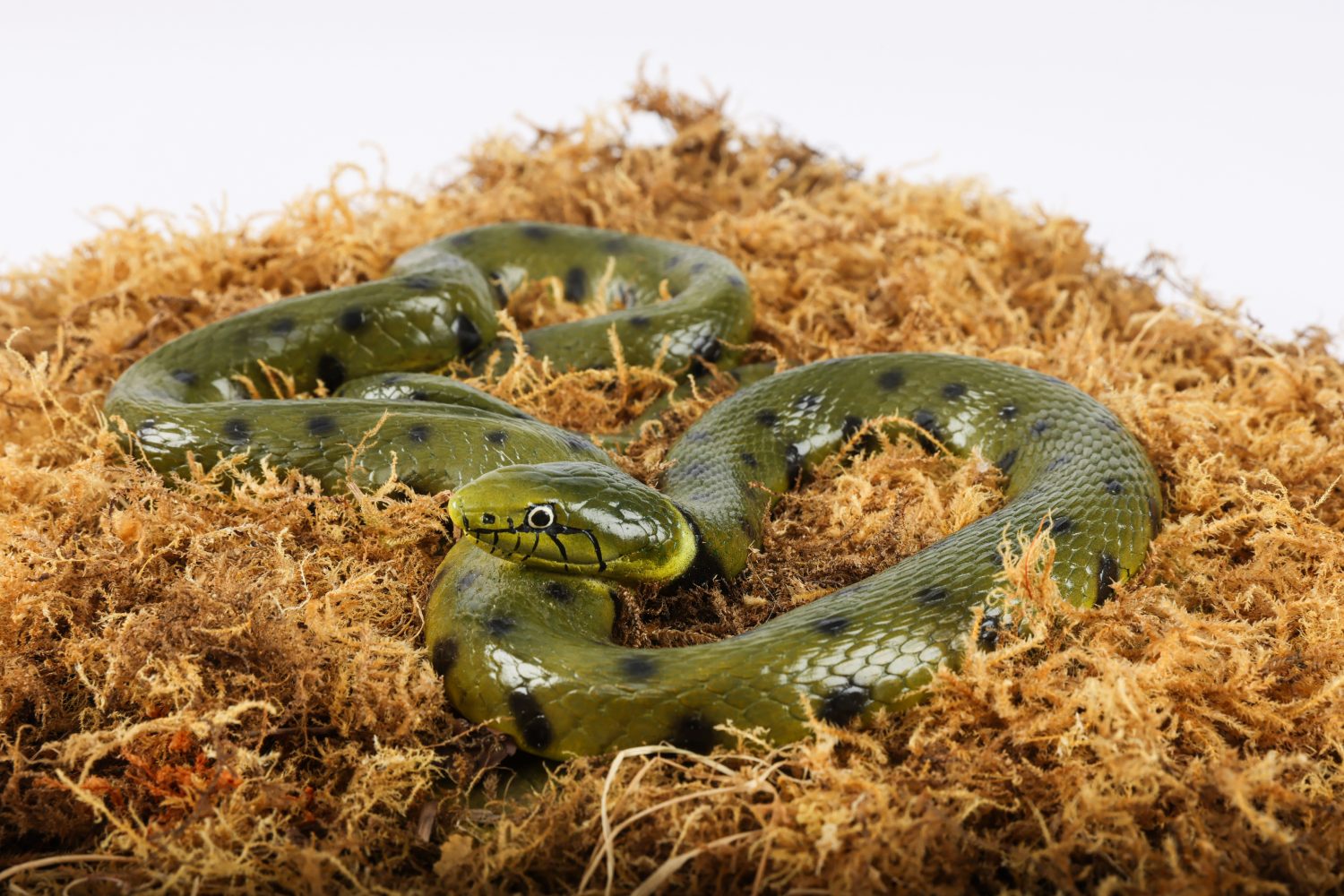 Grass snakes are so flexible they can tie themselves in knots. Luckily they can easily undo them thanks to their muscular bodies.

Look closer at the image of a grass snake

What kind of animal is a grass snake?

Grass snakes are the longest reptile in the UK – they can grow to up to a metre long. Like all reptiles, they have a backbone, are cold blooded and have a dry skin covered in scales.

They are the UK’s only egg-laying snakes. The other two snakes found in the UK – the adder and smooth snake – both give birth to live young. Like most reptiles, they need to bask in the sun to warm up their bodies and limber up their muscles so they can hunt for prey.

Where do grass snakes live?

Grass snakes are usually found near water – particularly ponds where they like to hunt. They can also be found in woodlands and areas with long grass and plenty of vegetation. The best time to see them is early in the morning, when they are basking in the sun.

What do grass snakes eat?

Grass snakes are carnivores which means they eat meat. They particularly like to eat amphibians – like frogs, toads and newts. But they will also eat fish, small mammals and birds. They usually swallow their prey whole-sometimes while it’s still alive!

How are grass snakes adapted to their habitat?

Grass snakes are a greeny-grey colour, with a yellow and black collar and dark markings down their sides. These markings help them to camouflage and hide from predators. Their long, muscular bodies make them strong swimmers, as well as good at slithering along the ground to silently sneak up on their prey.

Grass snakes are non-venomous. Instead of poisoning their predators they play dead to trick them, flipping on their backs and lying completely still – they can do this for as long as 15 minutes. They can also hold their breath and hide under water.

The numbers of grass snakes are in decline and are a protected species. It can be difficult to accurately count them so it is not known exactly how many there are. The dark markings on their bodies are different for each individual snake – like a fingerprint, so when they are spotted, experts can tell if they have been seen before.

Grass snakes need to be able to move safely, under cover of thick vegetation, between their different habitat sites – a pond where they like to hunt, a sheltered area like woodland to hibernate, and a warm egg-laying site with rotting vegetation. There is concern about the ‘fragmentation’ of their habitats (where a part of it is destroyed or becomes inaccessible) due to farming and building developments.

Initiatives to replace hedgerows, which provide safe ‘corridors’ for snakes, and create warm egg-laying sites such as compost heaps, are helping to make sure their numbers don’t decline further. Raising awareness about the fact that these creatures are completely harmless to humans and other animals is also important in their protection as many people have a fear of snakes or believe they are poisonous.

Reptiles are scarcer in the North East than they are further south, as they prefer warmer climates. It is very unusual to see a grass snake in the Tees Valley, but they have been spotted in recent years in Seaton Carew and also at managed sites close by in the Derwent Valley.

What can we do to help grass snakes?

Being mindful of how to enjoy the countryside without disturbing or damaging it is one of the best ways to help grass snakes – and all wildlife. Students can familiarise themselves with this new version of the Countryside code.