In 1850, a rich mainseam of ironstone was found in the Eston hills in Cleveland. Mines quickly opened across Cleveland and men (and in some cases children) from all over Britain flocked to the area to work in them and build new lives for their families. Mine work was dark, damp and dangerous. Conditions often led to accidents and miners could easily be injured or even killed. The commonest causes of injury were from roof falls and barring (the practice of bringing down loose stone from the face or roof using an iron bar). Other accidents involved miners being run over by heavy tubs filled with freshly mined ironstone or crushed by the horses that pulled them. 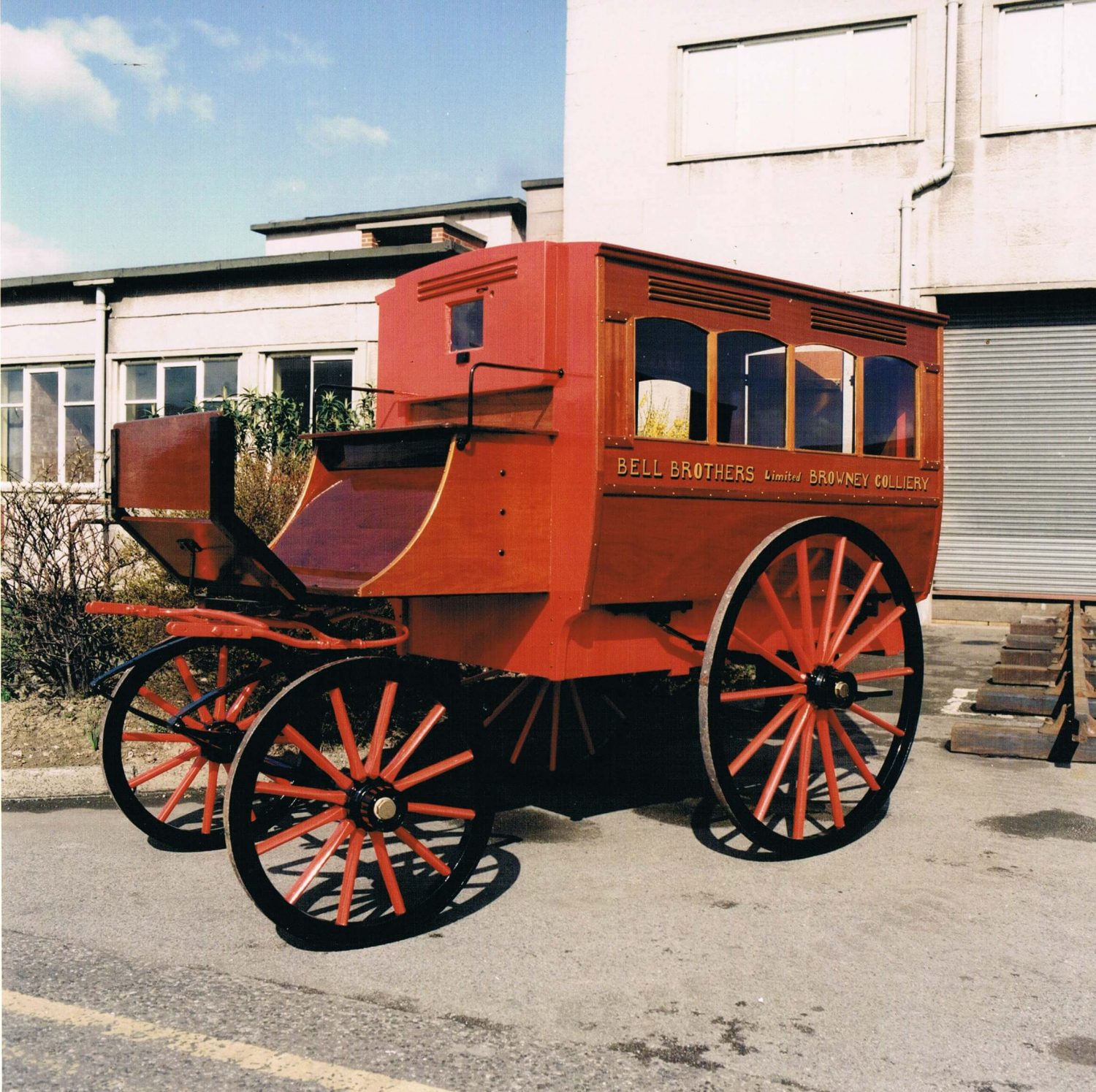 This ambulance served the Lumpsey mine – just outside Brotton, from 1907. Injured miners were usually taken to the Cleveland Cottage Hospital, which was supported by local mine owners, and by the miners themselves through a contribution of tuppence (2d) a week. The ambulance was designed to be as lightweight as possible to help speed up the journey. There was space for a stretcher in the carriage and for the driver and attendant to sit at the front. Some local mining companies, who rented cottages to their employees, allowed them to stay rent free if they had been injured as a result of their everyday mining work.

Before the introduction of the ambulance, casualties were taken to the hospital by handcart, a journey of about a mile – up hill. Lumpsey finally closed in 1954 & the ambulance was eventually identified being used as a garden shed before being restored by apprentices at ICI.