This imposing image of a ‘mountain of ice’ was made as a result of Captain Cook’s famous voyages of exploration. At the time, people in Britain had never seen landscapes like this before. 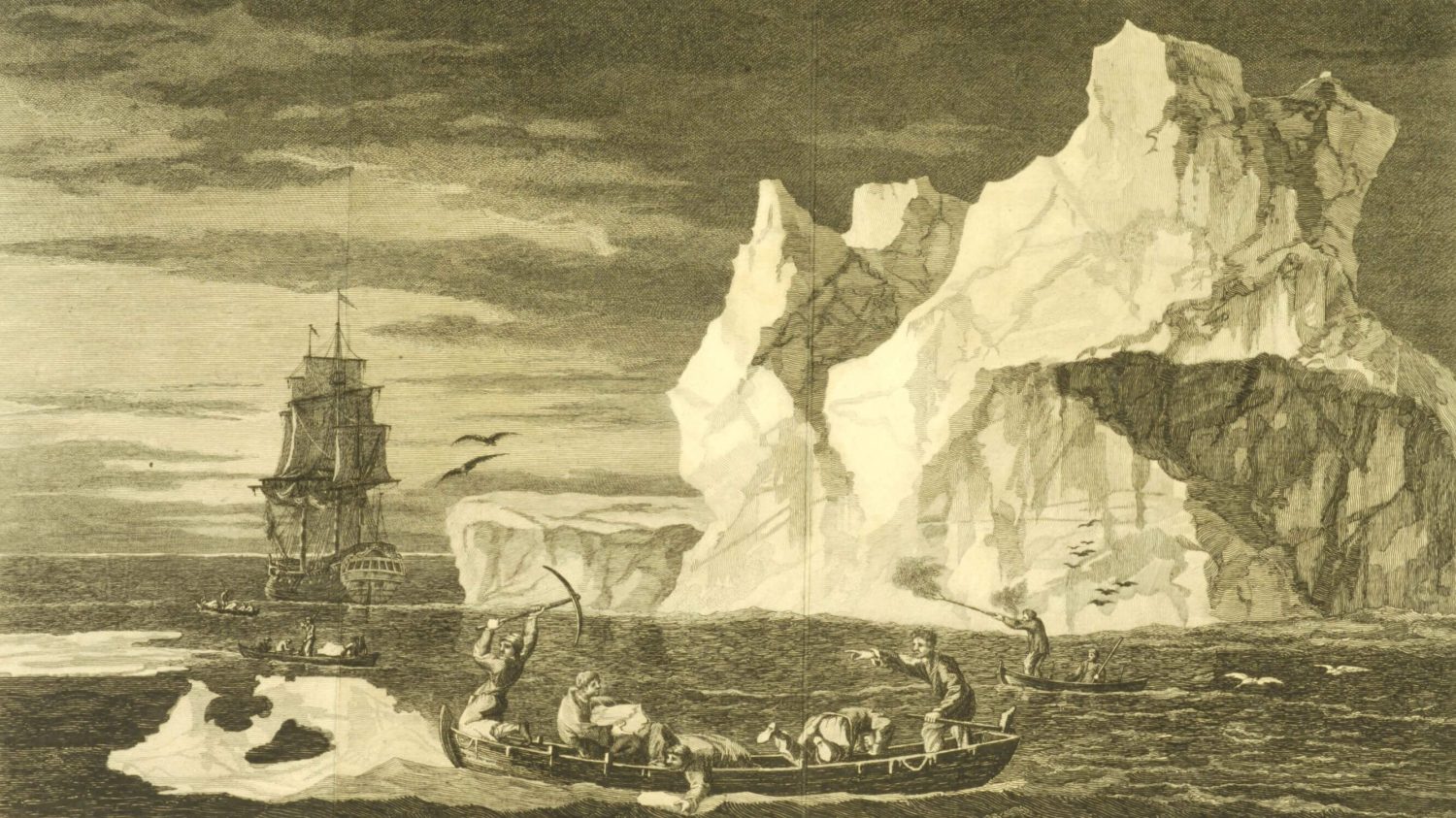 James Cook (1728 – 1779) was born in Marton, near Middlesbrough. With his crews of sailors, scientists and artists, Cook explored the Pacific and Southern Oceans during three voyages made in the late 1700s. They made detailed descriptions and sketches of the people, places, plants and animals they encountered and brought objects and specimens back to Britain, capturing the public’s imaginations with images of ‘alien’ animal species like Dingoes and Kangaroos, and extraordinary landscapes. At the time, the voyages transformed knowledge and understanding among Europeans about the wider world and its people.

This drawing was made by the artist William Hodges (1744 – 1797). It shows the imposing, icy landscapes encountered by Cook and his Crew as they voyaged south in search of what they believed was a ‘great southern land’. In the foreground, men can be seen breaking up ice to take back to the ship for drinking water. To the left, other crew members can be seen shooting at the birds. The ship Resolution can be seen in the background.