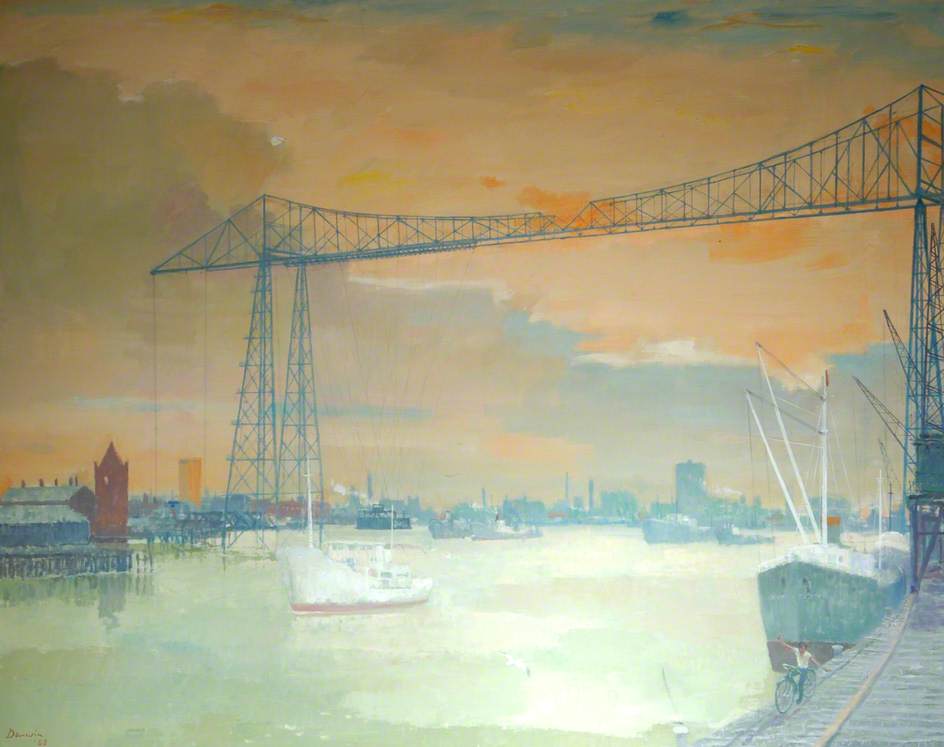 By the 1970s, the river Tees was so polluted that it had turned black in some areas and was declared ‘dead’ in others.

Students can watch this video to see how the Tees at Stockton has changed since the 1970s.

Find more ideas for looking closely at paintings in our handy guide here.

Habitat loss is the main factor affecting our wildlife. It is causing the numbers of different species to decline – and sometimes become endangered. Aside from farming and agriculture, and the development of land, one of the biggest human impacts on habitat loss is industrial pollution.

How does industrial pollution affect wildlife and their habitats?

Industrial pollution affects wildlife and their habitats mainly through chemicals and other waste entering the water system. Although this is sometimes accidental, it can be catastrophic, such as in the case of oil spillages which can kill thousands of birds, fish and other river and sea-life.

Industrial pollution also affects wildlife through the emission of carbon dioxide and other gases into the air – especially when fossil fuels, such as coal and oil, are burned. These gases, known as ‘greenhouse’ gases trap heat in our atmosphere and are a leading cause of climate change.

How does climate change affect wildlife?

Warmer temperatures mean some species – especially insects, like butterflies and bees – can no longer survive in some parts of the country. Many are moving north in search of cooler areas, but risk losing their habitats as a result.

This could be disastrous – not only for wildlife, but for us as humans. Insects are the main source of food for many animals. They are also a key pollinator of plants. The loss of these species could cause our entire ecosystem to collapse.

Spring is arriving earlier and earlier, and different plants and animals risk becoming out of sync. This means food not always being available when its needed. For example, garden birds like blue tits rely on juicy caterpillars to feed their young. But caterpillars are now hatching earlier, and the birds may simply start their breeding season too late to find a good enough supply.

The Tees Valley is famous for its industrial heritage. Since the mid 1800s it has been the site of mining, steel, shipping, chemical and other industries. Most of these have been situated along the river Tees. While this enabled easy transport of goods and materials, it also led to terrible pollution of the water.

By the 1970s, the river Tees was so polluted by industry, sewage and farming, that it had turned black in some areas and was declared ‘dead’ in others. It was clear something needed to be done and a long-term plan was developed to clean up the river and protect its wildlife.

Today, a series of nature reserves along the banks of the Tees provide a safe haven for a wild variety of wildlife. The reserves form an important ‘corridor’ for animals to safely roam from place to place.

Perhaps the most extraordinary of these are the reserves at Teesmouth in Hartlepool (including Seal Sands and North Gare). The area is still a site of heavy industry, but it is now carefully managed to minimise pollution. It includes a rich range of habitats such as sand dunes, marshes and mudflats.

The reserves include two sites of Special Scientific Interest (SSSIs) and have become home to an internationally important population of birds and other animals – including seals. If you’re lucky, you might spot a peregrine falcon, perched high on one of the many chimneys.

This painting from our collection at Kirkleatham Museum shows the estuary at low tide, at South Gare, set against Teesmouth’s industrial backdrop.