This image shows Cook’s ships Resolution and Discovery arriving in Kealakekua Bay in Hawaii, in 1779, during his third voyage to the Pacific. A Hawaiian surfer can be seen in the foreground. This was the first time Europeans would have seen anything like this. 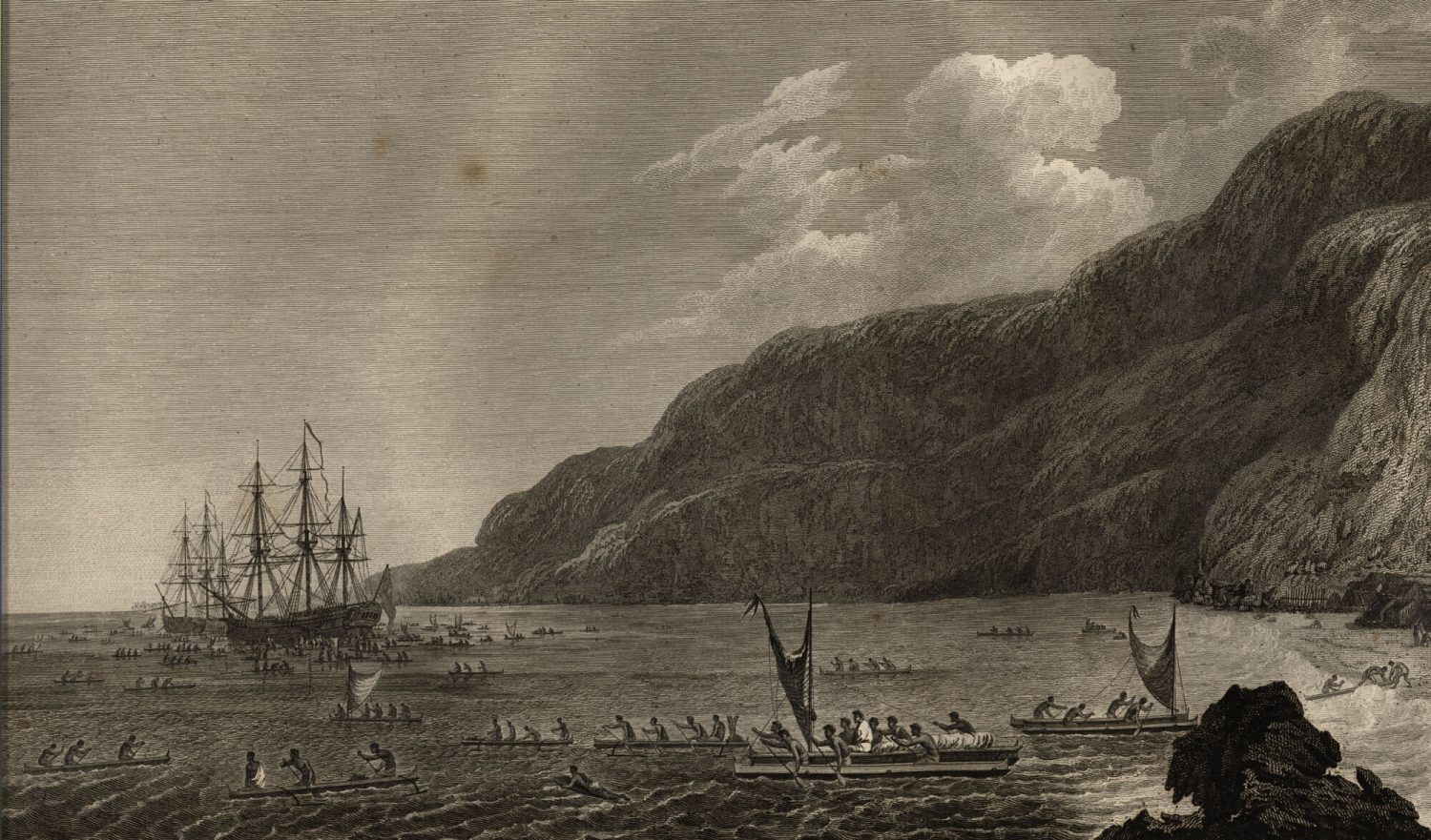 The ships that made the three long voyages to the Pacific had to be sturdy and practical. Cook chose a type of ship called a ‘Whitby collier’, which he knew and respected from his days working for a coal merchant in Whitby. These ships were built to be solid and were unlikely to run aground in shallow waters; they could hold plenty of provisions and be managed by a small crew if necessary.

Cook’s ships were named Endeavour, Resolution, Adventure and Discovery. These names not only reflect the nature of the voyages they would make, but the importance attached to them. Over 200 years later, NASA built a fleet of space shuttles that would make their own voyages of exploration, this time into space. Two of them were named Endeavour and Discovery after Cook’s ships.