The North East has a long and important history of lifesaving at sea. The first lifeboat was invented, by William Wouldhave and Henry Greathead – both of South Shields, building on designs by Londoner Lionel Lukin. Hartlepool and Redcar are two of the oldest lifeboat stations in Britain. Redcar is home to the Zetland, Britain’s oldest surviving lifeboat and the last to be built by Henry Greathead. Built in 1802, Zetland’s crews saved over 500 lives during 78 years of dedicated service. 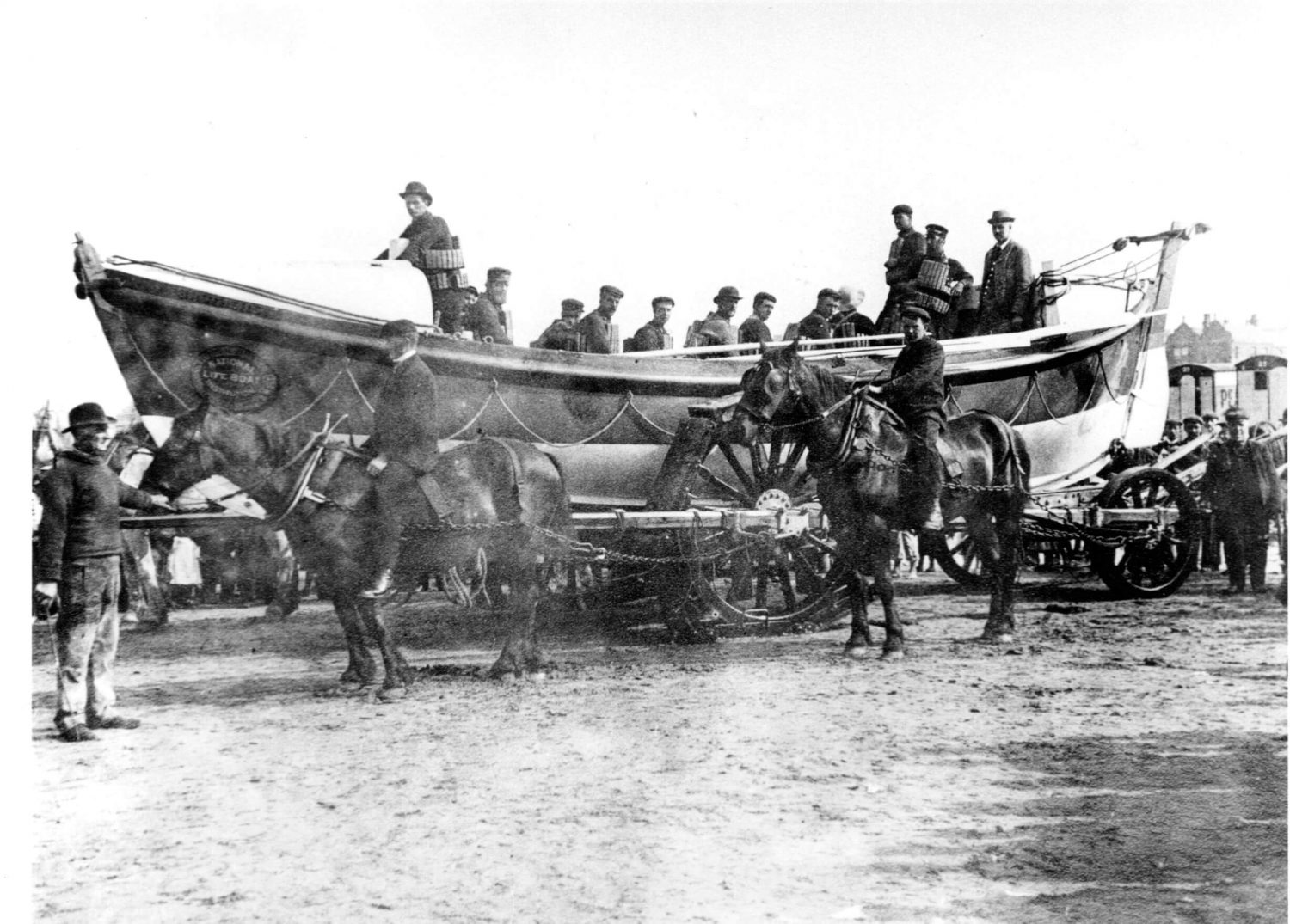 A lifeboat has been stationed in Hartlepool since 1802, and in 1825 a station opened in Seaton Carew. One of its – and lifesaving’s – most famous crew members was Henry Hood, who led the crew for over 30 years in the late 1800s and was responsible for saving 89 lives. He can be seen here alongside the crew of the John Lawson.

Unlike today’s lightweight, high visibility, waterproof uniforms, they are wearing fairly ordinary clothes which would have quickly become wet and heavy in the water. They are also wearing life-jackets made of cork. These helped keep the lifeboat crew afloat but were bulky and had a tendency to quickly rise up and bash the wearer on the chin when they jumped or fell into the water. In the 1880s, lifeboats like this one were hauled by horses into the sea and then propelled by oars and sails. By the 1930s they had been replaced by tractors and boats had become motorised.